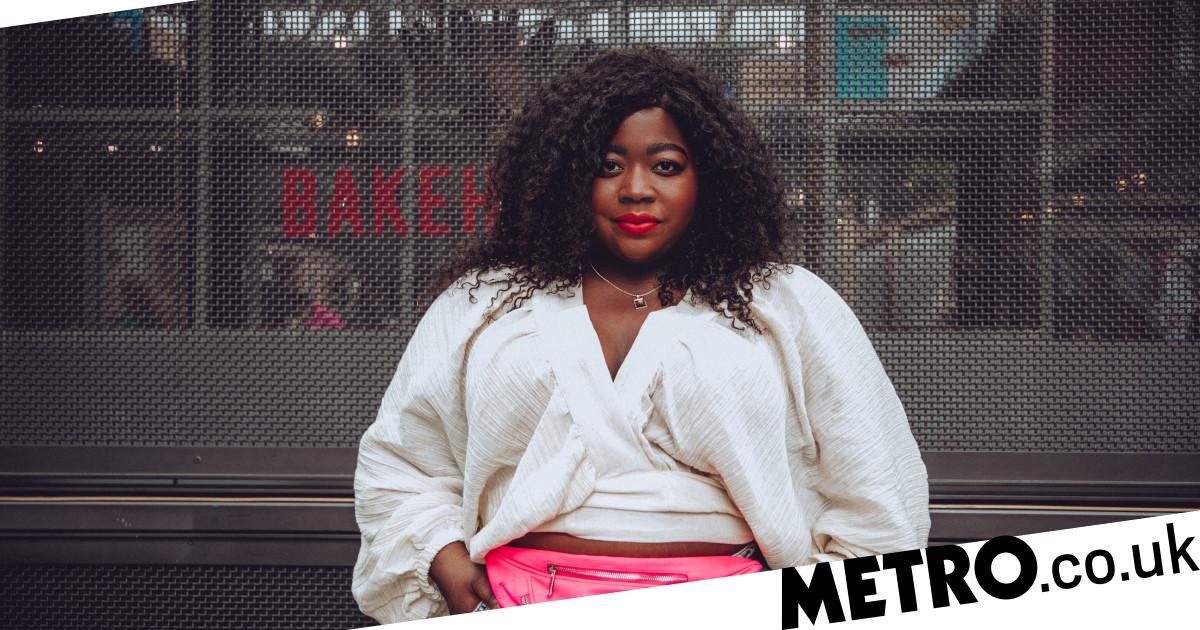 Within the last week, we’ve seen two very interesting things happen on the subject of plus-size inclusion and sportswear.

The jubilation, relief and satisfaction from plus-size women nationwide upon hearing the news that Nike had created a plus-size mannequin and had installed it within their flagship store in London.

The mood quickly turned into disgust, anger at frustration over the release of an article which criticised not only the creation of the mannequin but the ways in which plus-size women look after their body and exercise.

The subject surrounding fatness, health and exercise is a topic that has been a cause of contention between non-fat people, physicians, the media and fat people.

The fact that we as a plus-size community could not even celebrate this historic win within the athleticwear world without a negative opinion being shared speaks volumes about the way in which society sees and devalues fat bodies, while all the time using the alibi of ‘health’ to disguise their rampant fatphobia.

I’ve always had a fraught relationship with exercise. Not because I was scared of working out or feared burning out quickly, oh no.

In fact, I absolutely loved playing football, rounders and badminton as a teenager and was rather good at it.

It was the constant bullying and judgement over my chubby teenage body in sportswear. Snide comments anytime I’d run or swing a bat. Jeers and taunts as I came next-to-last in the 800m race.

It’s an endless nonsensical cycle that needs to end.

The recent article in the Telegraph regarding the plus-size mannequin is just the latest in a string of criticism and hostile opinions over fat bodies.

I spent a sizable part of my life obsessed with the notion that something was horribly wrong with my body – specifically that it was too fat and needed to be smaller.

These thoughts only came to fruition when the size of my body was pointed out to me by bullies in secondary school, up until year seven, I had always been a confident, happy chubby girl who felt confident in her own skin.

The obsession that western society has with making those who fall outside the realm of what they consider ‘beautiful’ feel terrible about their bodies is violent, elitist and often speaks to wider issues such as superiority complexes.

Society has created a hierarchical infrastructure based on our appearance, which is in turn tied to our self-worth.

Fat people have, for a long time, been on the bottom of this pyramid and society has been okay with this.

The truth is, as much as society likes to bang on about fat people losing weight for the ‘good of our health’, if there were to be no such thing as fatness, ‘normal’ sized people would be forced to take a look at their own shortcomings and inadequacies, which would be a ridiculous thought to someone who is ‘normal’, seeing as a huge part of the ego is based in feeling superior to others  – hence why social phenomenons such as schadenfreude exist.

Existing in my fat body was never an issue for me until I was old enough to sense how society felt about my body. I grew up feeling very defeated, ugly and undeserving of love.

As soon as I began my self-love journey and started to love the skin I was in, it suddenly became an issue for society, who felt that they now had the authority and audacity to comment on my weight.

I’m still often told that I will be contacting diabetes by the time I’m 40, or that my joints and limbs will start to deteriorate soon.

I’m told that I’ll never be able to find love while I exist in this body and it has always fascinated me as to why people feel entitled over the bodies of others.

Now that we are in a time period where movements such as the body positive and fat acceptance movement exist, more and more fat people are falling in love with their bodies again, living their lives unapologetically and taking up space – to the horror of society – as this disrupts in the hierarchical order and agitates the status quo.

Our fat bodies are our own business at the end of the day, and we should be allowed the dignity and respect to live our own lives in peace, without policing or judgement.

We have proven to society that it is possible to be fat and love yourself, receive love, be active, be successful and be independent, and it’s about time that society gets on board with that.

Someone’s weight should never be an indicator of health, and even if a fat person is unhealthy, don’t they still require the respect, love and basic human decency as everyone else?

Nike has made waves with this by including fat bodies in their marketing materials.

Recent campaigns with plus-size influencers such as Chloe Elliot and models like Sophia Tassew highlight how important it is for plus-sized women to have access to sportswear.

And I say women here, as it seems that plus-sized men have been able to have access to sportswear for years because we – *shocked gasp* actually can work out, and enjoy working out when we want to.

However we choose to exist within our bodies should be our business, whether people like it or not. We all come in different shapes and sizes and will continue to for a long time. It’s time for society to get used to it.