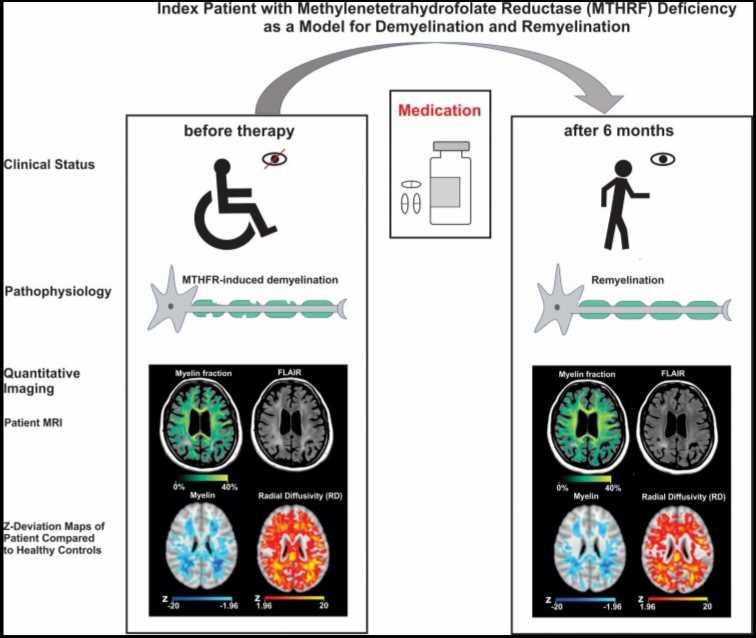 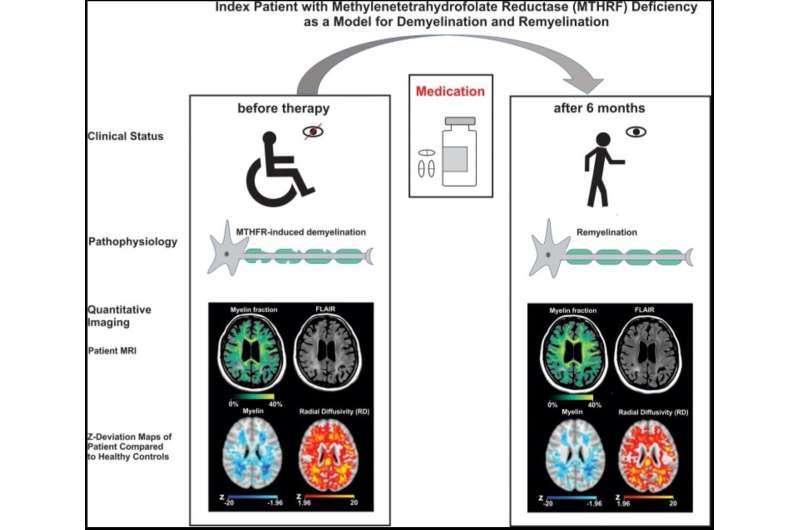 Neurological diseases often begin with an inflammatory process and the degradation of the myelin layer, which surrounds the nerve fibers (axons) like a protective insulating layer. This is usually followed by damage to the nerve fibers (axonal neurodegeneration). The clock is now ticking: while the inflammatory process is still easily treatable in the early stages of neurological conditions, the relevant therapies are often no longer effective enough in the later stages.

Two research groups led by Dr. Ilya Ayzenberg and Dr. Ruth Schneider from the University Clinic for Neurology (Professor Ralf Gold) and the Institute for Neuroradiology (Professor Carsten Lukas) at St. Josef Hospital Bochum have studied the interplay of this three-step process of inflammation, the degradation of myelin and the mostly irreversible axonal neurodegeneration. They published their findings in Brain and Brain Communications in March and June 2022.

On the trail of the mysterious IgLON5 syndrome

The research group led by Ilya Ayzenberg was the first to succeed in proving a primary inflammatory cause of the so-called IgLON5 syndrome in a large cohort of patients. First described in 2014, this is a rare disease affecting older people that can lead to sleep and movement disorders as well as brainstem symptoms such as dysphagia. In many cases, the disease leads to death if left untreated.

At first glance, the mechanisms of pathogenesis seem contradictory: on the one hand, a deposition of potentially harmful TAU proteins has been detected in IgLON5 syndrome—similar to classic neurodegenerative diseases such as Alzheimer’s dementia. On the other hand, the formation of autoantibodies directed against the surface protein IgLON5 suggests autoimmune-inflammatory mechanisms.

The research group conducted a detailed analysis of the early phase of the IgLON5 syndrome. To this end, the researchers recruited more than 50 patients from a Germany-wide autoimmune brain inflammation network (GENERATE). “Getting such a large number of study participants is a great achievement itself due to the rarity of the disease, and it was only possible because of the support of a nationwide consortium GENERATE,” says Ilya Ayzenberg.

Often, patients are diagnosed at a very late stage. “In our cohort, however, we were able to analyze patients who had a short course of the disease, and we unexpectedly detected inflammatory changes in the cerebrospinal fluid in the early stages of the disease,” explains Ilya Ayzenberg.

In the early stages of the disease, patients responded well to anti-inflammatory therapy, which also prevented subsequent neurodegeneration. In the late stage of the disease, however, neurodegeneration markers in the blood were significantly elevated and the therapy was no longer effective. “It appears that the disease progresses in two stages: first, antibody-mediated endogenous inflammation, then secondary neuronal cell breakdown. Early therapy is crucial to prevent this cascade,” concludes Dr. Thomas Grüter, lead author of the study.

Preventing loss of nerves: A race against time

In much more common autoimmune diseases such as multiple sclerosis, the interaction of inflammatory and neurodegenerative processes is also crucial in determining whether and when a therapy will be effective. The myelin layer plays a vital role in this. Its loss (demyelination) leads to structural nerve damage and irreparable loss of nerve fibers.

“Long-term immunotherapy is therefore more effective if the therapy is initiated at an early stage to preserve plasticity of the brain—it has an anti-inflammatory effect and prevents the loss of myelin. The axonal degeneration that subsequently occurs is much more difficult to control by therapeutic means,” says Ruth Schneider. “Therapies that rebuild the myelin are still being under investigation, mostly in animal models.”

The problem of quantifying myelin content in the brain

“A central problem in human medicine is to determine therapeutic successes such as remyelination in living patients without tissue sections as in animal models,” points out Ruth Schneider. The neurologist and her colleague Britta Matusche from the neuroradiology department have now succeeded for the first time in imaging remyelination, i.e. the regeneration of the myelin sheaths, in vivo in humans using magnetic resonance imaging.

A patient and two of her cousins with a very rare genetic disease that leads to a metabolic defect were examined. This so-called methylene tetrahydrofolate reductase deficiency leads to the degradation of the myelin layer of the brain cells, which is usually accompanied by severe cognitive impairment, spastic paralysis and a complete loss of vision. The MRI sequences of the patients were compared with those of 14 healthy people of the same age.

“Using a synthetic MRI sequence, we were able to quantifiably demonstrate the reconstruction of myelin in the brain in humans in vivo after therapy with the missing metabolites,” explains Ruth Schneider. “This means we now have an important method to demonstrate the success of new therapies in terms of remyelination in sufferers.”