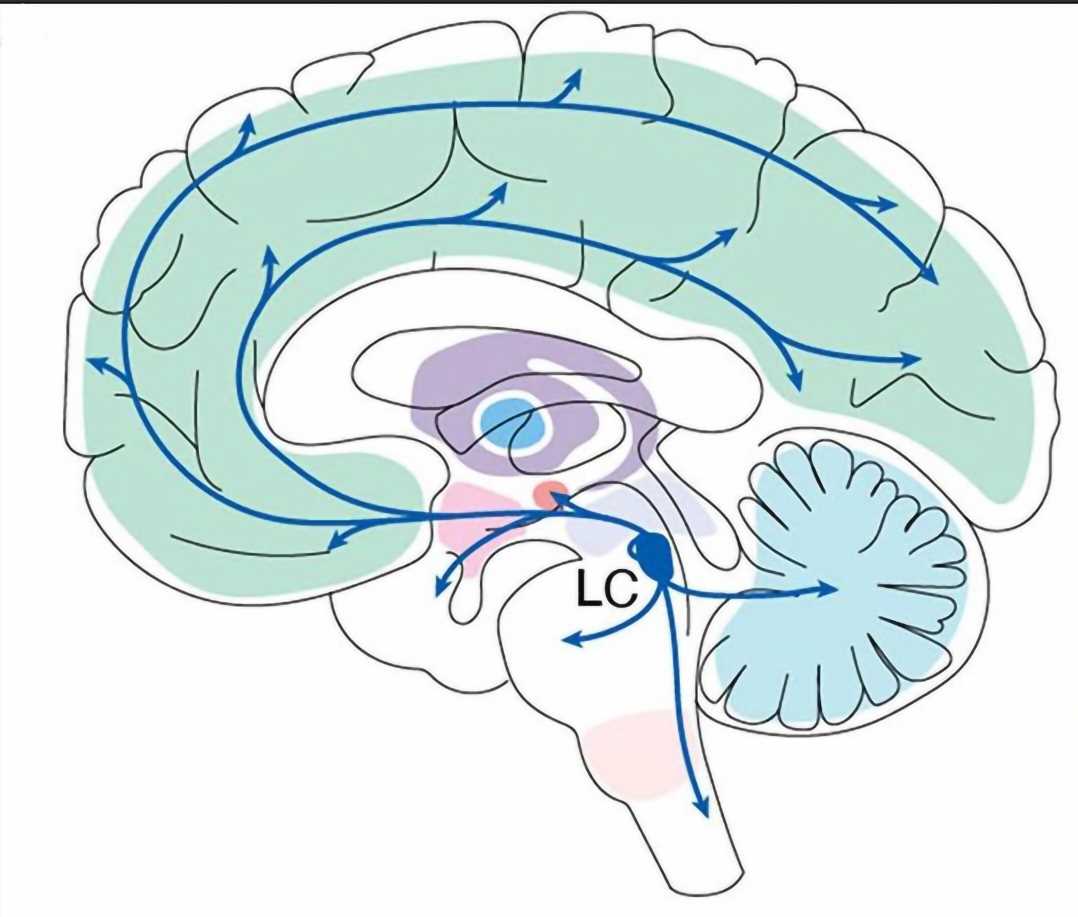 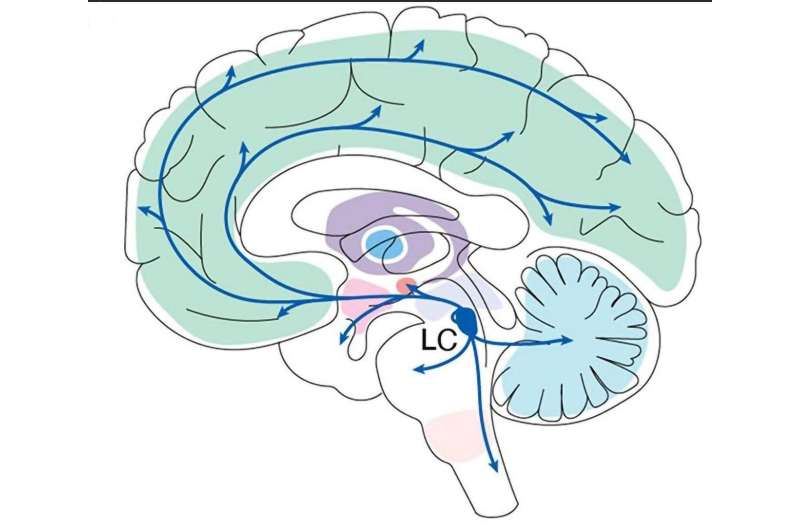 Small and seemingly specialized, the brain’s locus coeruleus (LC) region has been stereotyped for its outsized export of the arousal-stimulating neuromodulator norepinephrine. In a new paper and with a new grant from the National Institutes of Health, an MIT neuroscience lab is making the case that the LC is not just an alarm button but has a more nuanced and multifaceted impact on learning, behavior and mental health than it has been given credit for.

With inputs from more than 100 other brain regions and sophisticated control of where and when it sends out norepinephrine (NE), the LC’s tiny population of surprisingly diverse cells may represent an important regulator of learning from reward and punishment, and then applying that experience to optimize behavior, said Mriganka Sur, Newton Professor of Neuroscience in The Picower Institute for Learning and Memory and the Department of Brain and Cognitive Sciences at MIT.

“What was formerly considered a homogenous nucleus exerting global, uniform influence over its many diverse target regions, is now suggested to be a heterogeneous population of NE-releasing cells, potentially exhibiting both spatial and temporal modularity that govern its functions,” wrote Sur, postdoc Vincent Breton-Provencher and graduate student Gabrielle Drummond in a review article published last month in Frontiers in Neural Circuits.

The article presents copious emerging evidence from Sur’s group and many others, suggesting that that the LC may integrate sensory inputs and internal cognitive states from across the brain to precisely exert its NE-mediated influence to affect actions—by throttling NE to the motor cortex—and the processing of resulting feedback of reward or punishment—by throttling NE to the prefrontal cortex.

To investigate that hypothesis, the team has begun working with a $2.1 million, 5-year NIH grant awarded in April. In this study they are engaging mice in learning tasks where they are cued by tones of varying pitches and volumes. Over the course of training the mice will learn that when a tone is high pitched, pressing a lever will yield a reward and when the tone is low pitched, the correct response would be to not push lest it experience an unpleasant air puff. By varying the tone volume, the experimenters will vary the certainty the mice can feel that they heard the cue correctly.

The hypothesis (borne out by preliminary data) predicts that the NE will matter in multiple crucial ways, Sur said. When the mouse hears the cue tone, if the pitch is low the LC would send less NE via a cadre of neurons to the motor cortex, reflecting the animal’s belief that the lever should not be pushed because no reward will be forthcoming. Meanwhile the lower the volume, the less certainty the animal has in its decision. Conversely, a high tone of high volume would send more NE, reflecting the animal’s certainty that pushing the lever would produce a reward.

After the mouse has acted, the more surprising the feedback, the more NE it will produce and send via a distinct group to the prefrontal cortex, stimulating greater learning. So for instance, if the mouse hears a faint, high tone and gingerly presses the lever, the surprise of a resulting reward will stimulate a strong output of NE to instruct the prefrontal cortex because its expectations weren’t very high. Whenever a mouse guesses wrong and feels an air puff, that will stimulate the strongest NE release to the prefrontal cortex. After such dynamics, Sur’s team has observed consistent performance changes on the subsequent trial.

“This is a way by which norepinephrine can be thought of as an arousal signal, but it’s also, importantly, in the context of ongoing function a learning signal,” Sur said. “It is both an execution signal and a learning signal, for both of which we can describe the actual quantitative relationships.”

Not only will the team be measuring the activity of LC-NE neurons, they’ll also take them over using optogenetics (in which neurons can be controlled with light), so that they can silence or amplify LC-NE output to show how doing each affects action and learning.

Understanding the true nature of how the LC works could be useful for improving treatments for certain disorders, Sur said. A potential treatment for PTSD, for instance, involves damping receptiveness to NE, but that also promotes drowsiness. A more principled and precise treatment could improve efficacy and reduce those side effects, he said.

“The hope is to affect the anxiety but not make you sleepy, if we understand the targets and theory behind it,” Sur said. “That is the hope of basic science for treating disorders—to make things more and more specific, to define the circuits and the specificity of functions that a system is involved in.”