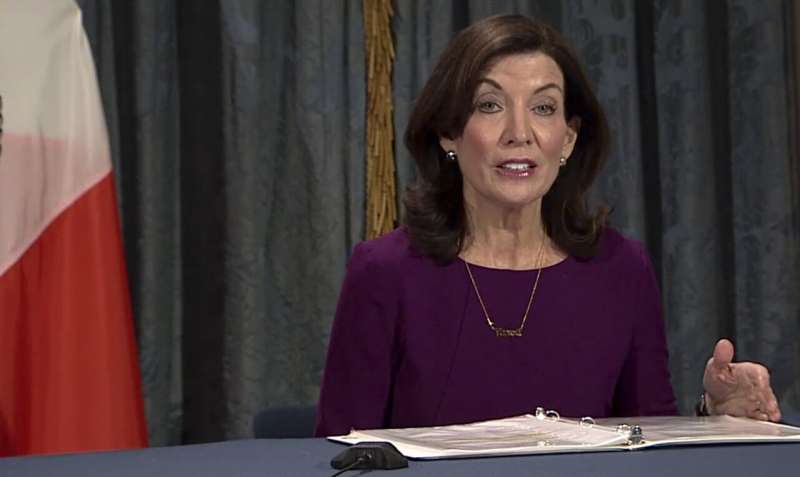 Facing a winter surge in COVID-19 infections, New York Gov. Kathy Hochul announced Friday that masks will be required in all indoor public places unless the businesses or venues implement a vaccine requirement.

Hochul said the decision to reinstitute a mask mandate was based on state’s weekly seven-day case rate, as well as increasing hospitalizations. New York enacted a mask mandate at the beginning of the pandemic in April 2020 that lasted more than a year.

The new mask mandate applies to both patrons and staff and will be in effect from Monday to Jan. 15, after which the state will reevaluate.

“We’re entering a time of uncertainty and we could either plateau here or our cases could get out of control,” Hochul warned at a public appearance in New York City.

The state recorded more than 68,000 positive tests for the virus in the seven-day period that ended Wednesday. That’s the most in any seven-day stretch since the start of February. The surge is especially pronounced in some areas of upstate New York, which has accounted for nearly three-fourths of confirmed COVID-19 deaths in hospitals since August.

“We are heading upward in a direction that I no longer find sustainable,” Hochul said.

Hochul announced the mask mandate at a social service agency in on the west side of Manhattan, where most people already wear masks. New York City requires vaccinations for indoor restaurant dining, entertainment and gyms, so those venues will be unaffected by the new rule.