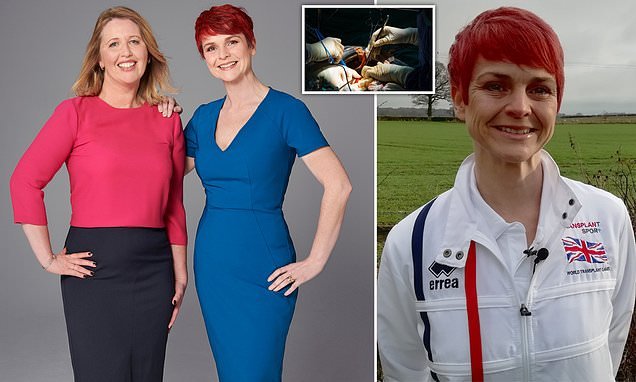 Health officials have approved the NHS using a revolutionary machine that keeps livers alive before they are transplanted.

Watchdog Nice today publishes guidance recommending perfusion devices that act as ‘life-support machines’ for the organs after they are removed from a donor, pumping them with blood so the tissue does not deteriorate.

This can triple the length of time a liver remains viable outside the body – from as little as eight hours if stored on ice to roughly 24 hours.

Experts hope this could significantly increase the number of organs viable for transplant, because it extends the window in which each liver can be used. 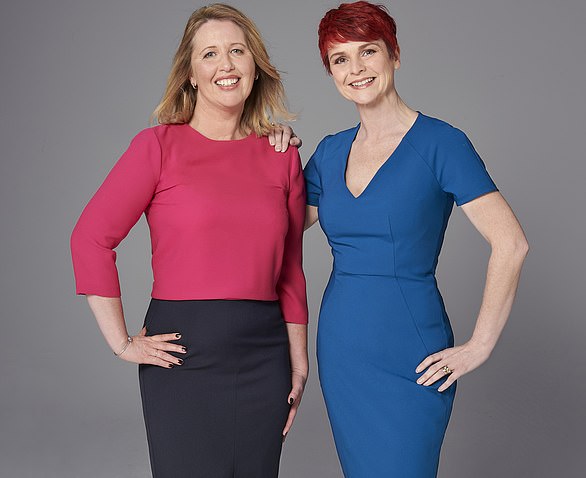 Sue Bennett has every reason to be thankful for the new liver transplant machine as four years ago she was convinced she was dying.

‘I’d written goodbye letters to my children and even bought my daughter Millie, who was then 13, a present to open on her wedding day because I didn’t think I would be here,’ she said.

Mrs Bennett, 45, a mother-of-three from Staffordshire, is now living life to the full after she became one of the first people in Britain to undergo a transplant using perfusion in 2015.

‘I signed up for the trial not knowing I would be one of the first to have this procedure in the country,’ she said.

‘Before my transplant I was very ill. I was losing weight, I couldn’t sleep and my quality of life was quite low.’

She was back home nine days after the operation, which she said changed her life. ‘My life is unbelievably wonderful,’ said Mrs Bennett.

In 2016 she even won a gold medal at the Transplant Games for Team GB.

The same year she was introduced to Sharron Jones, whose daughter Amy died at the age of 24 after an epileptic seizure, allowing her liver to be donated to Sue.

‘We were both instantly in floods of tears, it was so overwhelming’ said Mrs Bennett. ‘Sharron said Amy was doing her proud by helping me.’

At the moment just over 1,000 liver transplants are conducted every year in Britain – but between 300 and 600 people are still left waiting for a procedure.

With 11,000 dying every year with liver disease in England, and deaths up 25 per cent in a decade, transplants are in huge demand.

Surgeons described access to perfusion machines – which add about £8,000 to the cost of a £75,000 liver transplant – as a ‘game-changer’.

As well as extending the time available to use each organ, the machines also allow doctors to carry out tests to check their viability.

This should allow surgeons to use organs that they would not have risked transplanting in the past.

Roughly 40 patients have already undergone transplants as part of trials of the machines, but the new guidance should mean they become used far more routinely.

Transplant surgeon Professor Darius Mirza of the University of Birmingham said: ‘In the 30 years I’ve been involved with transplantation there have been three or four events which have been game-changers and I’m absolutely certain we are looking at a game-changer that will change the way we practise organ storage and transplantation.

‘It is already changing practice at the centres that have been able to use this technology.’

‘It offers another way of preserving the liver, and assessing whether livers which might have previously been considered unsuitable, can be used safely.

‘The latest evidence reviewed by a Nice committee concluded that the procedure worked well and was safe to be offered to patients who had been fully informed of the risks and benefits. 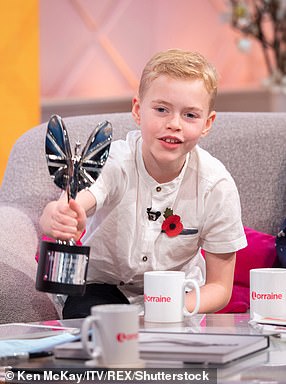 Theresa May announced last year plans to make it easier for doctors to take organs without explicit consent.

The new system, if it is approved in parliament, means adults in England will have to opt-out from the register if they do not want to be donors.

Ministers claimed the system of ‘presumed consent’ will save up to 700 lives a year when it is introduced in spring 2020.

Wales became the first country in the UK to adopt the system in 2015, which was deemed a ‘significant’ and ‘progressive’ change.

Under the proposed opt-out system in England, family members are still given a final opportunity to not go ahead with the organ donation.

He waited nine months for a new heart until he finally got one last August. He was suffering from dilated cardiomyopathy, meaning he had to be kept alive by medical machinery.

His mother, Emma, campaigned for an opt-out system to help other children.

Following surgery that left a six-inch scar on his chest, Max is on the way to recovery. In a video message for MPs, he said: ‘Please change the law… it will save lives like mine.’

His new heart was donated by car crash victim Keira Bell, nine, who also donated her kidneys and pancreas.

‘By using this procedure, more patients on the organ transplant waiting list could be offered a chance of a transplant and thereby potentially extending their lives.’

Vanessa Hebditch, director of policy at the British Liver Trust, said: ‘Every year hundreds of people with advanced liver disease die whilst waiting for a transplant.

‘This new device offers real hope as it may improve transplant outcomes and allow livers that were previously thought to be unsuitable to be used and also increases the time that livers are able to be kept.

‘It is an exciting development that has the potential to shorten waiting list times and reduce mortality rates from advanced liver disease. 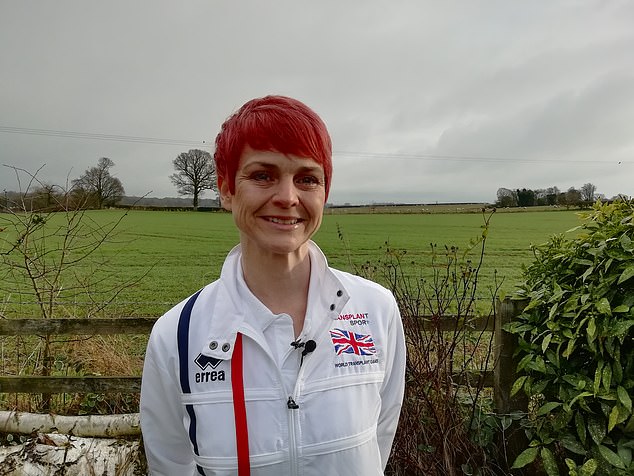 Sue (pictured), from Ranton in Staffordshire, competed at the Transplant Games for Team GB in 2016 after her successful liver transplant

‘After transplant, the vast majority of people go on to lead full and healthy lives and it is truly amazing to see the transformation.’

The final decision as to whether the machines are funded rests with individual NHS clinical commissioning groups around the country, but the Nice guidance will be hugely influential.

John Forsythe, associate medical director at NHS Blood and Transplant, said: ‘There has been a huge amount of research in the area of preservation and perfusion methods that allow us to both assess precious donor organs and to enhance their function.

‘This could potentially mean the organ works better and improve transplant outcomes.

‘Many of the lead researchers in the area of transplant preservation and perfusion techniques are in the UK and it is good to see UK researchers continue to be at the forefront in this field.’

He added: ‘Transplantation wouldn’t be possible without the generosity of donors and families.’