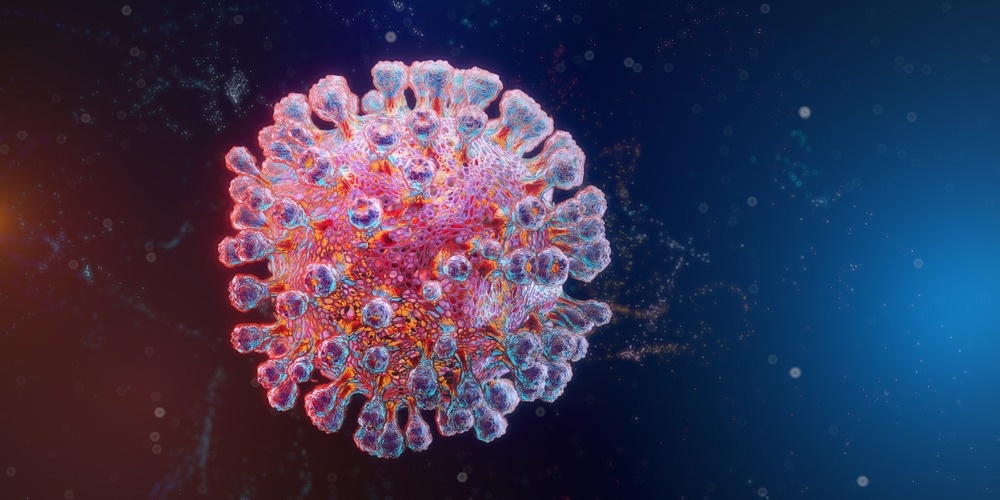 A betacoronavirus called SARS-CoV-2 is the cause of the deadly viral illness coronavirus disease 2019 (COVID-19). Understanding the molecular biology of the virus and how it interacts with the host cell is urgently needed due to its significant impact on human health. Nine putative accessory proteins SARS-CoV-2 encodes are considered unnecessary for in vitro replication and likely play a part in modifying the host cell milieu to promote viral replication.

The team first created a panel of the human immunodeficiency virus (HIV)-1 virus-like particles (VLPs) that encoded each ORF to transduce a variety of different cell lines and induce the expression of each accessory protein separately to examine the function of SARS-CoV-2 accessory proteins. VLPs were created when HEK293T cells were cotransfected with the HIV-1 Gag-Pol, VSV-G, and a pLVX-StrepII-ORF vector containing ORF3a, ORF3d, ORF6, ORF7a, ORF7b, ORF8, ORF9b, ORF9c, or ORF10 genes.

All VLPs had at least 104 infectious units/ml when their titers were assessed after 72 hours, with the exception of the ORF6 that encodes for a VLP having undetectable infectious units. Transfected HEK293T cell lysates were examined by immunoblotting the HIV-1 structural polyprotein, Gag, to identify whether this was caused by a drop in infectivity or a reduction in particle formation.

The team then produced green fluorescent protein (GFP)-reporter HIV-1 VLPs while increasing the concentrations of ORF6 or ORF9b as a control to determine whether there was a dose-dependent influence on Gag expression and VLP generation. Immunoblotting was used to examine the HIV-1 Gag and ORF6/ORF9b in transfected HEK293T cell lysates.

The researchers also examined the effect of ORF6 on the expression of MLV Gag and mApple fluorescent protein since they have entirely different protein sequences from HIV-1 Gag to note if ORF6 suppression was only specific to HIV-1 Gag expression. Similar to HIV-1 Gag, MLV Gag expression and VLP generation were suppressed by ORF6 in a dose-dependent manner.

The study also overexpressed Rae1 together with HIV-1 Gag and ORF6 in HEK293T cells to test the hypothesis that ORF6 could inhibit protein expression by interacting with the Rae1-Nup98 complex. To keep the protein levels of ORF6 consistent with the Rael levels, the study employed the original ORF6 expression vector in this instance. Co-immunoprecipitations were conducted to verify ORF6's connection with Rae1 and investigate the relationship with Nup98. Plasmids encoding Strep-tagged GFP or ORF6 with Nup98 and/or HA-Rae1 were co-transfected into HEK293T cells. Cells were lysed after 24 hours, and an anti-Strep antibody was used to immunoprecipitate GFP or ORF6.

All cells, except those transfected with pLVX-StrepII-ORF6, showed evidence of Gag. This indicated that ORF6 expression prevented the generation of VLPs by inhibiting the synthesis of Gag. Only when ORF6 was present in increasing concentrations did gag expression decline in a dose-dependent manner. The team verified that ORF6 produced from this vector significantly reduced viral infectivity and Gag expression. Although immunoblotting demonstrated very low expression of ORF3d, ORF9c, and ORF10, which others have also seen, none of the other ORFs had an impact on the median fluorescence intensity (MFI) of mApple. Altogether, our findings imply that ORF6 can block the production of several proteins produced by a vector.

The team also verified that ORF6 produced from this vector significantly reduced viral infectiousness and Gag expression. Additionally, when mApple's MFI was evaluated by flow cytometry after co-transfection of HEK293T cells with plasmids expressing each SARS-CoV-2 ORF in the twin-strep tagged vector, ORF6 significantly decreased the MFI relative to the control. Although immunoblotting demonstrated very low expression of ORF3d, ORF9c, and ORF10, which others have also seen, none of the other ORFs had an impact on the MFI of mApple. When viewed collectively, our findings imply that ORF6 can block the production of several proteins produced by a vector.

Overall, the study findings revealed a novel mechanism that SARS-CoV-2 uses to manipulate the environment of the host cell to inhibit antiviral defenses, adding to our knowledge of the viral reproduction tactics that led to the unparalleled global health disaster.