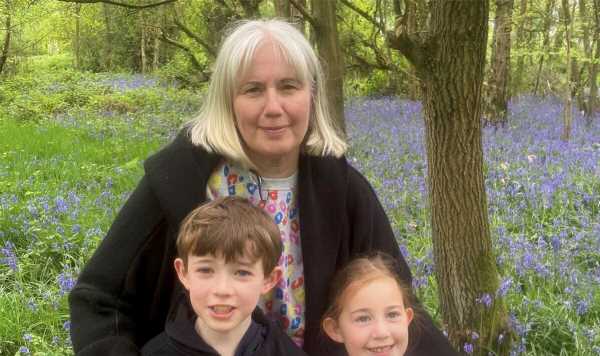 Pancreatic cancer is the fifth largest cancer killer in the UK, accounting for around 9,000 deaths every year. It also has the lowest survival rate of all the common cancers with seven percent of patients living for five years after diagnosis. So catching symptoms as early as possible is vital.

Nurse Becki, who lives in Colchester, said she was “completely devastated” by her diagnosis of pancreatic cancer.

The mother-of-two only found out she had the disease after her husband joked that she “looked like a minion” when she stepped out of the shower one day due to her yellow skin.

This is a condition known as jaundice that can signal several health issues including pancreatic cancer.

She underwent the same operation to remove the cancer as she prepares patients for in her role as an NHS theatre nurse.

Speaking in The Mirror, she explained her feelings when she realised she had cancer.

She said: “Everything was adding up to the fact that it was not going to be a good diagnosis.

“It didn’t make it any easier. In fact, it made it harder for me to tell people because I’m the person that they normally look to, to reassure them that everything’s going to be okay.

“I couldn’t do that this time because I was completely devastated myself.”

Now Becki is calling for urgent Government action amid fears staff shortages in the NHS could lead to cancer operations being cancelled this winter.

More than half of people die within three months of a pancreatic cancer diagnosis, making it the quickest killing cancer.

And up to 60 percent of people with the disease get their diagnosis in A&E – meaning for most it is too late for them to have treatment.

“It scares me that there are people out there who will think, ‘Oh, I just feel a bit off and I don’t really feel well but it’s fine, I can’t get a GP appointment, so I’ll just ride it out.’

“Then they become so ill and jaundiced that they get admitted to A&E and by then it’s too late.

“We have huge staff shortages; people are leaving the NHS because they are burnt out and disillusioned.

“There is also now the extra pressure of winter coming up and soon it’s going to be that we’re so short of doctors and nurses that we’re not going to be able to staff the hospitals.

“ICU (Intensive Care Unit) beds are going to be a crisis again this winter, and you need an ICU bed after pancreatic cancer surgery.

“These surgeries will get cancelled if there’re no ICU beds and the more that happens, the more opportunity the tumour has to grow.It’s utterly horrible.”

Becki is backing Pancreatic Cancer UK’s No Time To Wait campaign, which is urging the UK Government to make a commitment with the charity.

The most common symptoms of pancreatic cancer include: