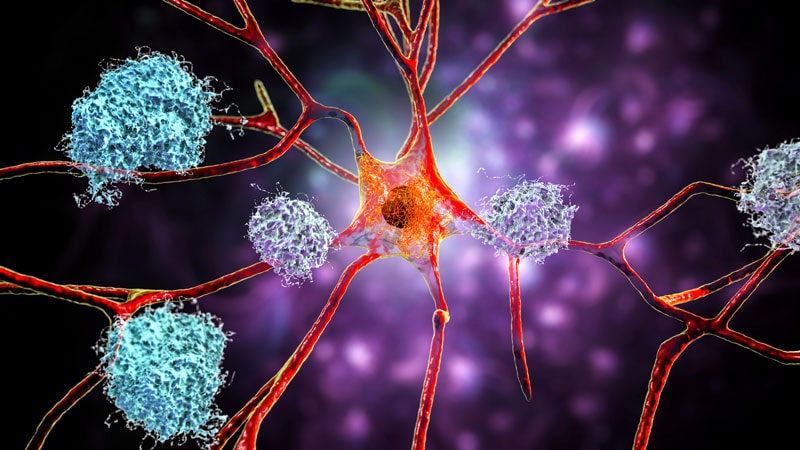 SAN FRANCISCO ― A drug designed to harness tau tangles produced in Alzheimer’s disease (AD) failed to reach its primary endpoints of change in cognition and function in a new randomized study. But that’s not the end of the story, company officials insist.

In the phase 3 LUCIDITY trial, some participants in the intervention and control groups experienced impressive improvements, they say, and this matters because, in an odd twist, the control agent turned out to be active.

“We had a treatment effect that is beautiful and remains statistically significant at 18 months after baseline,” Claude Wischik, PhD, chief executive officer and executive chairman of TauRx Therapeutics, told Medscape Medical News.

Still, outside experts told Medscape Medical News the phase 3 trial findings are technically a negative result, since the group that took HMTM did not fare better than the placebo group.

The topline findings for LUCIDITY were presented here at the 15th Clinical Trials on Alzheimer’s Disease (CTAD) Conference.

TauRx Therapeutics, which has long sought to transform tau aggregation inhibitors into antidementia agents, recruited 598 individuals for the study. All had mild cognitive impairment due to AD (44%) or dementia due to AD (56%). The average age of the participants was 72.1 years, and 60.7% were women. In addition, 89.3% were White, 3.3% were Black, and 7.4% were “unknown/other.”

For the active intervention, 252 received 16 mg/day of HMTM, and 80 received 8 mg/day. However, the researchers faced a dilemma regarding the control group. HMTM causes urine discoloration, which would alert participants that they were in an intervention group unless the placebo group experienced the same effect.

The investigators explored several options and chose a control agent that included an ingredient that shares a parent compound with HMTM: methylthionium chloride (MTC).

At a dose of 8 mg/week, the MTC control agent was given to 266 participants. But in a surprise, “the majority were unexpectedly found to have blood levels of active drug above the threshold needed to produce a clinical effect,” the researchers report.

So a randomized, controlled, blinded study suddenly saw its control group become an intervention group, and it couldn’t reach its two primary endpoints: change from baseline on the Alzheimer’s Disease Assessment Scale–Cognitive Subscale (ADAS-Cog11) and the Alzheimer’s Disease Cooperative Study/Activities of Daily Living Inventory (ADCS-ADL23) in the 16 mg/day group in comparison with the control group.

In a presentation at the conference that highlighted findings from a 12-month analysis, researchers noted that the trends have continued during the 6 months of an open-label period.

There was an improvement, which Wischik called a “reversal,” in 105 participants with mild cognitive impairment.

Regarding 147 participants with mild to moderate AD who took HMTM 16 mg/day, the company noted, “There was a 2.5 unit cognitive decline in the first 9 months and no further decline over the following 9 months.”

In addition, the functional decline on the ADCS-ADL scale was -2 units at 12 months and -3 units at 18 months, “representing a reduction in decline of about 75% relative to a published meta-analysis of publicly available placebo decline data from historical trials in mild to moderate AD,” it added.

Nonfatal severe adverse effects for the oral drug were rare and occurred at a rate of about 7% in each group.

In the United Kingdom, TauRx has entered an accelerated approval process for the drug, and the company said it plans to seek regulatory approval in the United States and Canada in 2023. Final 2-year data are expected to be released next year.

As for the drug’s potential cost, TauRx chief medical officer and geriatrician Richard Stefanacci, DO, MBA, a professor at Thomas Jefferson University, declined to give a price range in an interview with Medscape Medical News. However, he said it would be significantly less than the $50,000-plus cost that was the initial price of the controversial Alzheimer’s drug aducanumab.

“There are currently no anti-tau drugs approved for use in Alzheimer’s or any other disease, though this is a very active and encouraging area of research,” she said.

However, the “bottom line” regarding the TauRx data is that “this was a negative trial. There wasn’t a difference between the low-dose, originally intended as the placebo/comparison group, and high-dose groups,” said Snyder.

“In addition, the results are hard to interpret without proper placebo controls. There are many unanswered questions,” she said.

Aaron Burstein, PharmD, head of search and evaluation at the Alzheimer’s Drug Discovery Foundation, agreed in an interview that the findings are difficult to interpret.

On one hand, it’s a negative study, he said. However, “one could question, was it actually a failed trial considering the results?”

The study was sponsored by TauRx Therapeutics. Wischik, and Stefanacci are employees of TauRx. Snyder and Burstein have reported no relevant financial relationships.