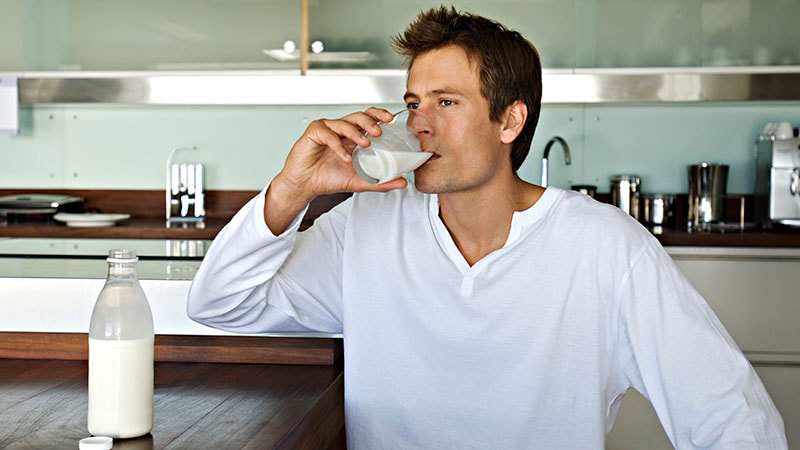 “Our experience from over a decade of oral immunotherapy, treating many adults, shows favorable outcome and safety profile for non-milk allergens,” lead author Na’ama Epstein-Rigbi, MD, told Medscape Medical News, adding, “As for milk oral immunotherapy, this is a more difficult allergen to treat in all populations…in adults, success rates are significantly lower, with a profound amount of severe reactions.”

In the study, a total of 93 adults, median age 23 years, were treated between between April 2010 and December 2020, and compared to 1299 children and 309 adolescents treated during the same period.

The OIT program at Shamir Medical Center is ambulatory and begins with a 3-4 day dose-escalation phase in which the single highest tolerated dose (SHTD) is determined for each patient. This dose is then consumed once daily at home for 24 days, with further up-dosing and home treatment phases in which the dose can be escalated up to fourfold.

In adults, anaphylactic reactions were found to be the most prevalent reason for both partial desensitization (54%) and treatment failure (70%), with adults having a significantly higher rate of severe adverse reactions requiring epinephrine during in-clinic up-dosing (49% compared with 15.9% of children and 26.5% of adolescents; P < .0001 for both), and similarly during home treatment (22.9% of adults, 17.5% of adolescents, and 12.4% of children).

Multivariate analysis showed that milk allergy was most strongly associated with treatment failure in the entire population (odds ratio [OR], 3.63, P < .001), and that treatment failure rates were significantly higher in milk OIT patients who were adult (28.3%) compared with children (14.3%, P = .015) and adolescents (14.1%, P = .022). Adults treated with milk OIT had a significantly higher rate of reactions requiring epinephrine — both in-clinic and during home treatment — compared with children and adolescents.

“Our main understanding is that unlike non-milk allergens, in which patients can be encouraged to undergo oral immunotherapy at all ages, milk allergic patients should be encouraged to treatment at young ages, to increase success rates,” explained Epstein-Rigbi.

Given the paucity of data on adult OIT, the findings “should be cautiously encouraging to clinicians and adult food allergy patients that OIT may allow them to lead more normal lives,” commented Richard Wasserman, MD, PhD, an authority on the topic who was not involved in the research.

Adding that the Israeli group “has made another valuable contribution” to the field, Wasserman, an allergist/immunologist with Allergy Partners of North Texas in Dallas, noted the important distinction between the study’s two categories of desensitization. “While a goal for some patients is ad lib consumption of the OIT food, so-called ‘free eating’, the primary OIT goal for most patients is the reduction in the risk of a reaction from accidental exposure.”

He also said the higher failure rate with milk OIT is “not surprising. There have been anecdotal comments among experienced OIT allergists that milk OIT has been particularly difficult for their patients.” However, he said, since most patients allergic to milk or egg have outgrown their allergy by age 18, adult patients still allergic to milk or egg “may represent a subpopulation of food-allergic patients representing a unique phenotype.”

But Wasserman cautioned against extrapolating the Israeli findings to North America, “because their dose escalation regimen is very different from that used by most OIT centers in North America, which do dose increases weekly or biweekly until the target dose is reached”.

“I am not sure this impacts our findings,” Epstein-Rigbi responded, adding that although she is not overly familiar with North American protocols, “I do know that one major difference is that our protocol is individualized…[and]…usually preset, non-individualized protocols have better safety profiles than individualized ones.”

No study funding was declared. The authors report no relevant financial relationships. Wasserman is the vice president of Food Allergy Support Team, a charitable organization with the mission of supporting OIT allergists, and he is the investigator for Cour Pharmaceuticals, which has an early-stage treatment for peanut allergy.

Kate Johnson is a Montreal-based freelance medical journalist who has been writing for more than 30 years about all areas of medicine.