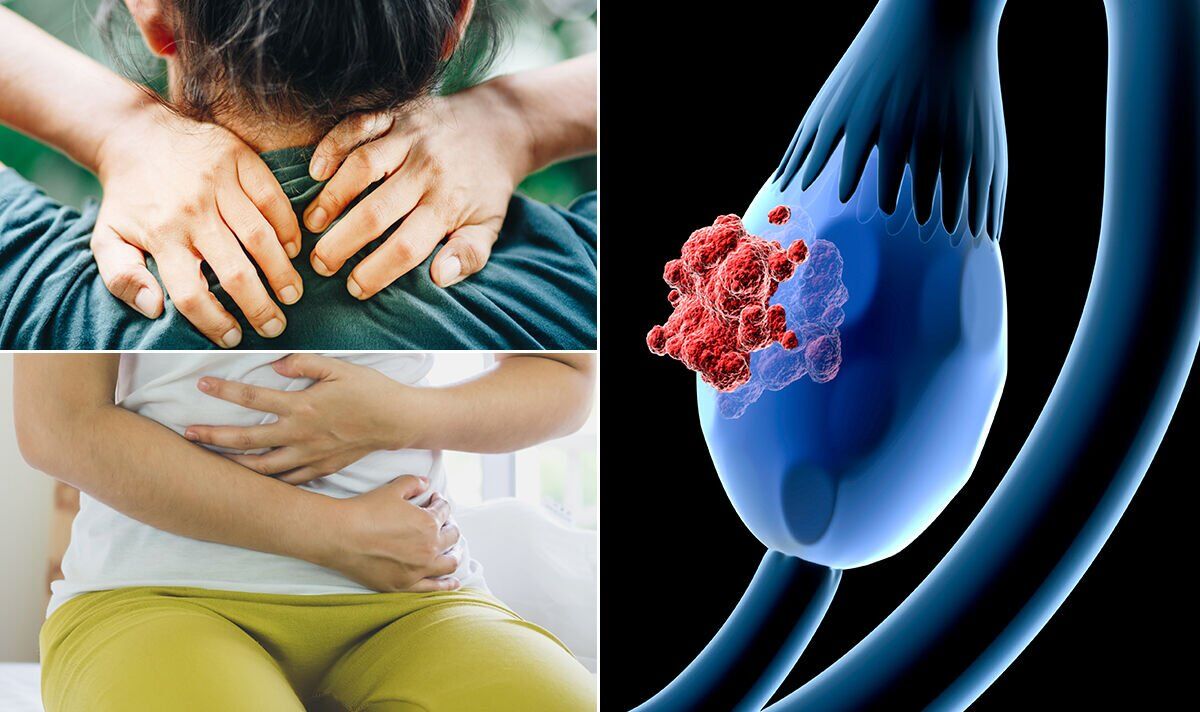 What are the signs of ovarian cancer?

Ovarian cancer is one of the most common cancers to be diagnosed in women, but it’s relatively rare to be diagnosed in its early stages. The disease causes a series of symptoms that are often overlooked, or might be blamed on something less serious. These are known as silent symptoms.

Ovarian cancer is a serious disease that affects the ovaries in women.

The ovaries are a pair of small organs that store a woman’s supply of eggs.

But, the cancer is often missed until its later stages, which lowers the chances of a full recovery.

That’s because the symptoms of ovarian cancer are often similar to less serious conditions.

Medical website Healthline said: “In its early stages, ovarian cancer may not present any noticeable signs.

“When symptoms do appear, they are often the kinds of symptoms you normally associate with more common conditions like irritable bowel syndrome and urinary tract infections.

“But waiting, ignoring your symptoms, or hoping they’ll go away isn’t the safest option.

“You are the expert on your body. So trust your intuition if something feels wrong or abnormal, and follow up with your doctor or healthcare professional as soon as you can.”

One of the most common silent signs of ovarian cancer is bloating, according to the medical website.

You might even simply struggle to zip up your jeans, or your clothes might dig into your waist.

Similarly, some ovarian cancer patients describe an intense pressure in their abdomen or pelvis.

Back pain could also be caused by the disease, and is easily overlooked.

You should consider speaking to a doctor if you develop back pain for no obvious reason.

Any unusual changes to your menstrual cycle shouldn’t be overlooked, either. You might bleed more heavily than normal, or even miss a period altogether.

Ovarian cancer could also lead to a change in your bathroom habits.

Patients might develop constipation or diarrhoea, or even pass more urine than normal.

Your symptoms are more likely to be caused by ovarian cancer if you have more than one silent symptom.

The exact cause of the disease isn’t entirely known, but you’re more at risk of the cancer if you’re over 50 years old, and have a family history of ovarian or breast cancer.

More than 7,000 women are diagnosed with ovarian cancer every year in the UK.