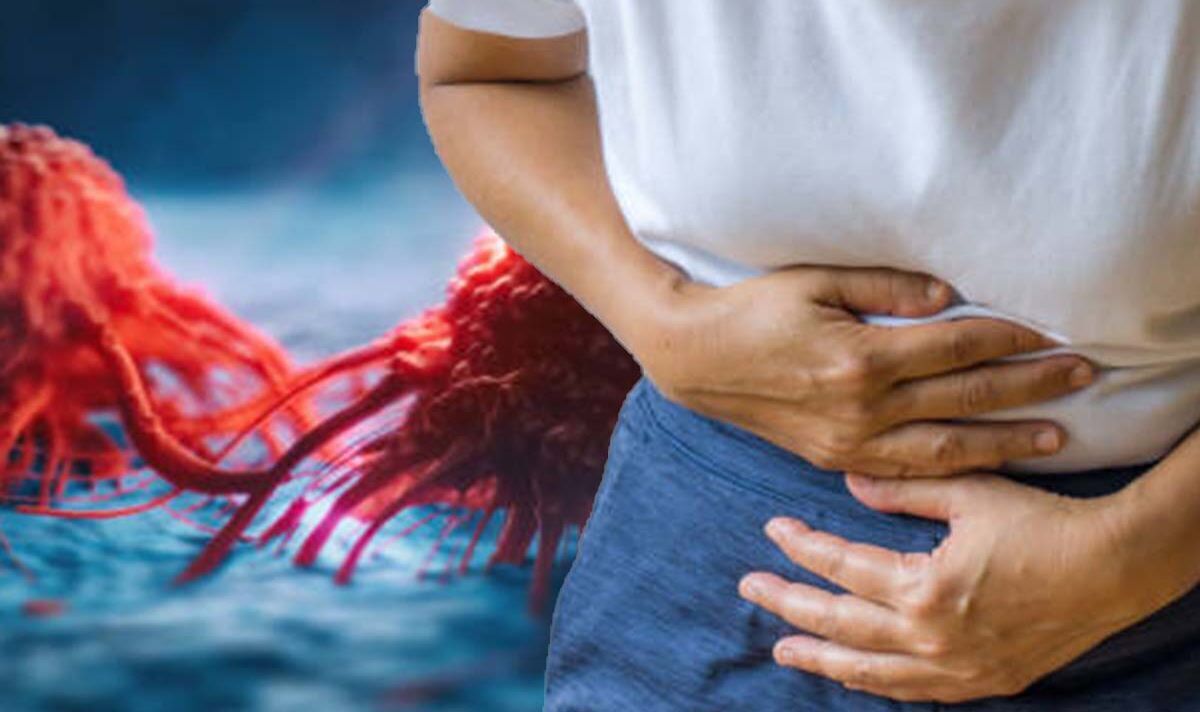 The NHS says ovarian cancer affects the ovaries, which are the small organs that store the eggs needed to make babies. Ovarian cancer is when abnormal cells in the ovary begin to grow and divide in an uncontrolled way, and eventually form a tumour. Cancer Research UK says in females in the UK, ovarian cancer is the sixth most common cancer, with around 7,500 new cases every year.

The NHS says: “It’s important to get any symptoms of ovarian cancer checked as soon as possible. Finding it early can mean it’s more treatable.”

The National Institute for Health and Care Excellence (NICE) recommends that if you have the following symptoms 12 or more times a month, your GP should arrange tests, especially if you’re are over 50:

Cancer Research UK says you should arrange to see your doctor if you have any of these signs and symptoms:

You may also have these other symptoms:

The charity explains these are all symptoms of other less serious conditions but if you have them or anything else that is not normal for you get them checked out by your doctor.

For example some symptoms are very common and can be caused by many different conditions, including IBS, endometriosis or PMS.

However, the symptoms could still be ovarian cancer and need to be checked by a GP.

If symptoms are not ovarian cancer and are still causing you distress they need to be treated too.

The organisation says: “It’s not clear what causes ovarian cancer, though doctors have identified things that can increase the risk of the disease.”

Cancer Research UK says: “As with most cancers, ovarian cancer becomes more common as you get older.

“The risk of ovarian cancer increases steeply from around 45 years. And is greatest in those aged between 75 and 79 years.”

It adds: “Smoking can increase the risk of certain types of ovarian cancer such as mucinous ovarian cancer. The longer you have smoked, the greater the risk.”

The charity also says studies have shown that women with endometriosis or diabetes have an increased risk of ovarian cancer. In diabetics, the increase in risk might be higher in those that use insulin.