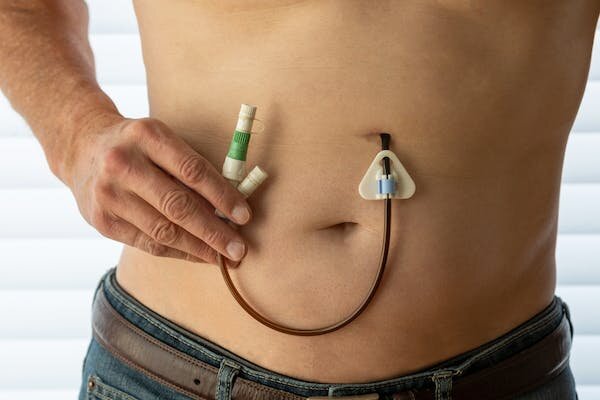 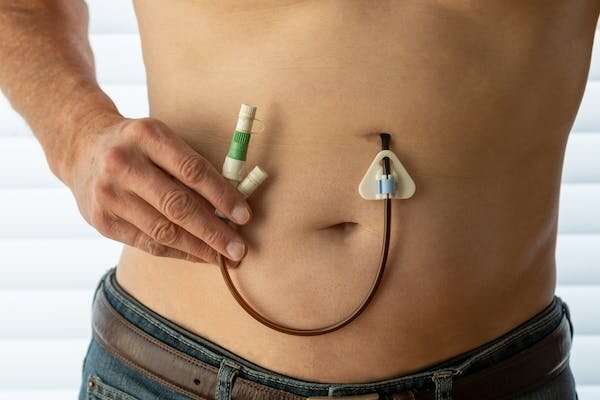 BBC broadcaster Jeremy Paxman was brought to hospital after he collapsed in a park while walking his dog. A doctor in the emergency department said to Paxman: “I think you have Parkinson’s.”

The doctor had noticed that Paxman was less animated than usual when presenting University Challenge. A mask-like face is a classic symptom of the disease.

Paxman said the diagnosis was “completely out of the blue.”

In Parkinson’s disease, there is a loss of a chemical in the brain called dopamine that causes movements to be smaller and slower. In the early stages of the disease, people notice that their walking slows and they have difficulty keeping pace with companions.

Sometimes people find it difficult to turn over in bed or have trouble with more awkward tasks, such as doing up buttons. Balance and stability can also be affected, which can put people with the condition at higher risk of falls—as happened to Paxman.

A diagnosis is primarily made through listening to the symptoms that someone describes. Doctors also conduct bedside tests that look for slow and small movements of the hands, arms and legs as well as shaking and stiffness of the muscles. Imaging scans can play a role in helping exclude other causes of movement difficulties. It is important to exclude the changes in movement being caused by some medications or by hardening of the arteries of the brain that happen as people get older.

Early signs of the condition may be present up to 20 years before the first movement symptoms occur. Loss of smell, acting out dreams while asleep (such as punching, kicking or yelling), feeling low and constipation are all clues that, in combination, might suggest that someone may be at more risk of developing the disease.

Although a loss of dopamine is the key culprit in Parkinson’s, significant advances in understanding the condition have highlighted the importance of other changes in the brain that affect other brain chemicals (neurotransmitters) which cause symptoms that are unrelated to movements. These so-called “non-motor features” affect sleep, memory, thinking, mood, blood pressure, and bladder and bowel function. These changes can be more challenging for people with Parkinson’s than the more visible problems with movement.

Some of the largest Parkinson’s drugs trials running in the U.K. now target these troubling non-movement related symptoms. These clinical trials test medications for hallucinations, falls and depression.

Treatment should be tailored

The saying: “If you’ve met one person with Parkinson’s, you’ve met one person with Parkinson’s” reflects the fact that the condition affects people very differently. This means that treatments need to be carefully targeted to an individual. A one-size-fits-all approach to care means that people are given the same treatments regardless of their circumstance. This approach, while often applied, fails to take into account a person’s experience of the disease, their unique needs and the goals they want to achieve. As a result care is often fragmented and unsatisfactory.

Being diagnosed with Parkinson’s can cause understandable worry and uncertainty about the future. However, there are many effective drug treatments. Care is often supported by occupational therapists, physiotherapists and nurse specialists who can help people live fulfilling lives.

Most people with Parkinson’s will be offered levodopa—a drug that increases dopamine in the brain. But other drugs that help with movement problems are available, too. They are usually available in pill form or as a patch.

Until around ten years ago, treatment was often delayed until people became very disabled. Treatment is now started promptly to maintain people’s well-being and independence.

In later stages of the condition, devices can be fitted that allow medicines to be injected under the skin. Medication can be infused into the intestine through medical pumps or electricity can be used to stimulate affected areas of the brain using deep brain stimulation devices (like a pacemaker for the brain). These treatments are not commonplace but are predominantly used for people with later stages of disease.

Although there is currently no cure for Parkinson’s disease, researchers continue to work on finding a cure for the disease or treatment that slows progression. There are exciting developments on the horizon, including early disease detection based on changes in body odor.