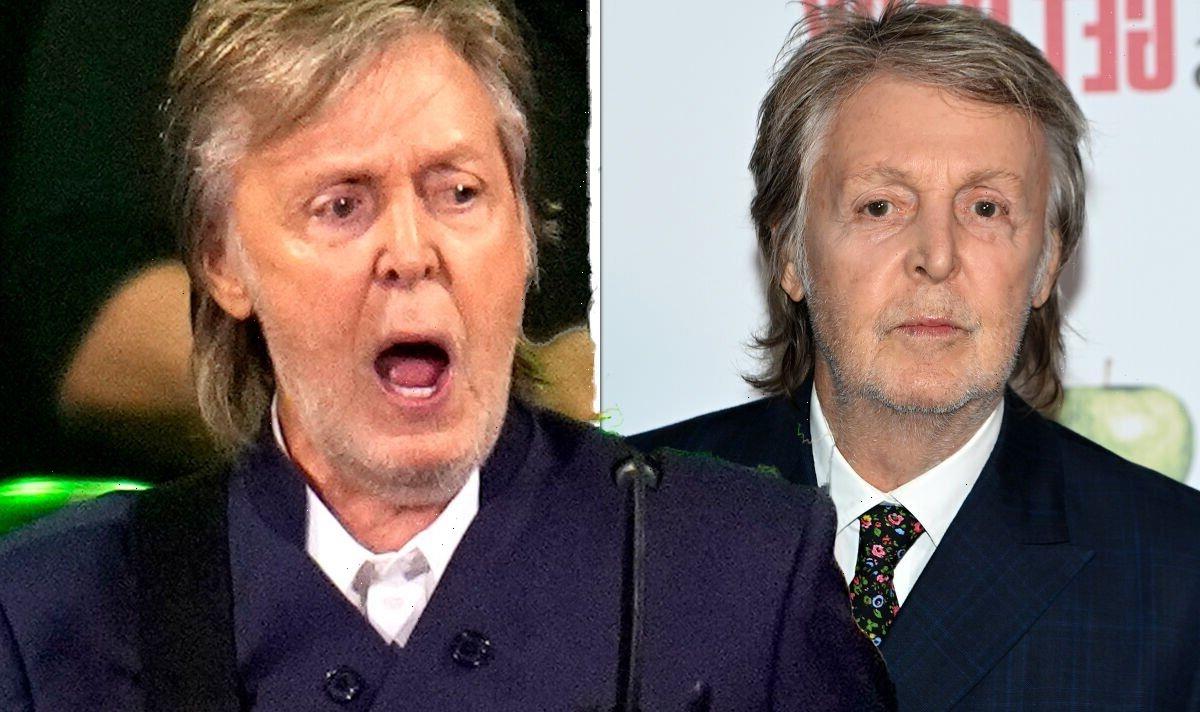 Paul McCartney jokes around as he plays with Instagram filters

With a compilation of TV appearances from the musician’s post-Beatles career showing on BBC Two tonight (Saturday, June 18) viewers are reminded of the star’s lengthy career. It was soon after the announcement that the band were separating that McCartney’s mental health started to decline. In a throwback interview he is reported to have said: “Mainly after the break-up of the band. All of us went through periods when we weren’t as happy as we ought to be. Same kind of thing happened with me.”

Although typically a private person, McCartney went on to explain that he felt “classic” symptoms of “the unemployed, redundant man” in the time immediately after the band’s break-up.

He continued: “First, you don’t shave, and it’s not to grow a groovy beard, it’s because you cannot be f***ing bothered.

“And justifiably so because I was being screwed by my mates. So I didn’t shave for quite a while. I didn’t get up. Mornings weren’t for getting up.

“I might get up and stay on the bed a bit and not know where to go, and get back into bed. Then if I did get up, I’d have a drink. Straight out of bed. I’ve never been like that.

“There are lots of people who’ve been through worse things than that, but for me this was bad news because I’d always been the kind of guy who could really pull himself together and think, ‘Oh, f*** it,’ but at that time I felt I’d outlived my usefulness.”

It was during this time in his life when the star realised that writing songs for the Beatles had been a form of therapy, an outlet to which they could talk about their mental health struggles.

“It was good while I was in the Beatles, I was useful, and I could play bass for their songs, I could write songs for them to sing and for me to sing, and we could make records of them. But the minute I wasn’t with the Beatles anymore, it became really very difficult.”

Back in the height of what became known as Beatlemania, the band tended to “make fun” of anything to do with mental health rather than take it seriously, but now at the age of 79, McCartney has a good sense of what was actually going on behind the scenes and how he was able to get himself out of his depression.

He added: “I think that was what I was able to do, to get out of the depression by saying, ‘OK, this is really bad and I’ve got to do something about it.’ So I did.

“And I think that’s my way, almost by being my own psychiatrist. You say, ‘This is not cool. You’re not as bad as you think you are,’ and all of the things. So you start to think, ‘OK’.”

Depression is a common yet serious mood disorder and affects approximately three in 100 people in England in any given week. The key difference between depression and being in “low spirits” is the impact it has on an individual’s everyday life.

Mind, a leading UK-based mental health charity explains that in its mildest form, depression can mean just being in low spirits. It doesn’t stop you leading your normal life but makes everything harder to do and seem less worthwhile. At its most severe, depression can be life-threatening because it can make you feel suicidal.

There are also some specific types of depression that occur due to a change in season or life event such as having a baby. These can include:

For some, depression can strike for unknown reasons making the signs and symptoms slightly harder to detect. However, the National Institute of Mental Health expresses that if individuals have been noticing symptoms nearly every day for two weeks or more, it may be a form of the mental health condition.

Although it is important to note that symptoms will differ for everyone, some of the most common signs of depression to notice include:

In addition some people may find that they do not experience many symptoms whatsoever. However, for an official diagnosis, several persistent symptoms in addition to low mood are required.

There are various treatments available to those suffering from depression ranging from self-help resources to talking therapy with a psychiatrist. Some individuals may also benefit from a combination of medication and talking therapy to treat both the cause and how best to cope.

For confidential mental health support, you can contact Samaritans 24 hours a day, 365 days a year. You can call 116 123 (free from any phone) or email [email protected]