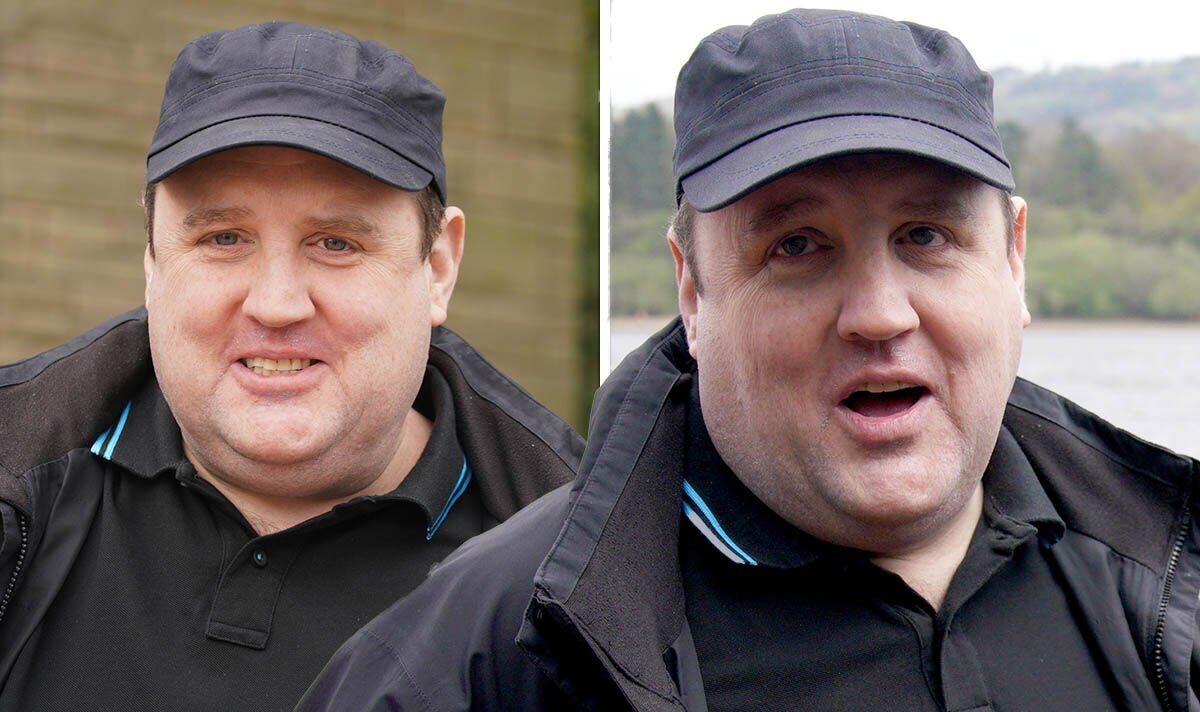 The star, who made a surprise in-person appearance at the event which also screened a special episode of his award-winning sitcom Car Share. The two screenings raised more than £34,000 for the charity, which was used to help support families affected by the “complex disease” which affects mitochondria. At the time, CEO of The Lily Foundation Liz Curtis said: “We can’t thank Peter and his team enough for this incredibly generous donation. For a small charity like ours this is a very significant sum. It will make a real difference to the lives of children with mitochondrial disease by providing vital equipment and care that improves the quality of their lives.”

In response to his work with the charity, Kay himself tweeted: “The Lily Foundation is an inspiring charity that helps to improve the lives of children with mitochondrial disease.

“I’ve had first-hand experience of the Foundation’s work and I’m proud to raise both awareness and much needed funds to help with the inspiring work they provide to children and their families.”

The star’s charity work has not stopped there, as the popular comic created Dance For Life, a charity dance-a-thon in order to raise profits for Cancer Research UK and took part in two Q&A sessions in aid of Laura Nuttall who is currently battling an aggressive brain tumour.

Although the Dance For Life series of events were initially postponed due to COVID-19, extra tickets for the events taking place in Manchester, London and Liverpool were released earlier this year and finally took place in April 2022.

With no evidence to suggest that the star’s absence from the limelight was down to problems with his personal health, Kay’s admittance of a personal connection to mitochondrial disease may hint to a reason why he had to cancel his “outstanding work commitments” a few years ago.

The NHS explains that mitochondria are present in nearly every cell in the human body. They are responsible for producing energy known as ATP which is critical in helping our body to function.

If our cells do not have enough energy, the tissues or organs do not work properly. In much the same way, if power stations do not produce enough energy there will be areas of blackout, where parts of the country cannot function.

This is exactly what happens in individuals who have mitochondrial disease. For some, mitochondria produce some but not enough energy, but for others, mitochondria do not work at all.

The impact the disease has on an individual depends on how many cells are affected and where they are in the body. Due to this, everyone is affected differently meaning there are a variety of possible symptoms.

The most common symptoms include, but are not limited to the following:

This difference in symptoms is also due to the specific mitochondrial syndrome that an individual is diagnosed with. The Lily Foundation explains the key differences between these syndromes, and the symptoms attached to each.

The first, Alpers’ syndrome is a mitochondrial disease that is part of a larger group of conditions collectively known as mitochondrial DNA depletion disorders. It is most often caused by mistakes in the DNA of a gene called POLG. The three major symptoms associated with Alpers’ syndrome include severe epilepsy, loss of developmental skills and liver failure.

Mitochondrial DNA Depletion Syndrome (MDDS) is another syndrome caused by problems with mitochondrial DNA. MDDS are associated with many clinical features, some of which can be fatal in childhood. The type and severity of symptoms will often depend on the particular gene that is affected.

In some cases, the main feature is progressive muscle weakness, which can make breathing difficult and lead to respiratory failure. Other causes affect the brain, with seizures, stroke-like episodes, movement disorders or developmental delay common.

A third syndrome, Leigh syndrome (also known as Leigh disease), is a mitochondrial disease that usually affects young children. As a severe condition it typically causes difficulties with movement, posture and mental capacity.

Importantly, Leigh syndrome is caused by a number of different genetic mistakes (mutations) found in either the nuclear or mitochondrial DNA and so can be inherited in many different ways.

Currently there is no effective treatment to cure mitochondrial disorder. Available treatments and therapies aim to manage symptoms and give children and individuals affected a better quality of life.

Understanding the underlying cause of the condition can help to make treatment effective. For example medication can be used to treat seizures if individuals are suffering from MDDS, and vitamin supplements can be used to help energy production.

The NHS explains that some people find success using a special diet. However, the effectiveness of this once again varies depending on which part of the energy production process is affected.

Some patients have chronic symptoms that remain stable for a number of years and others may have a slow steady or rapid downhill progression. There is also a very small group of patients who appear to have a reversible form of mitochondrial disease that begins in infancy. Research suggests that if sufficient medical support is provided initially, individuals can get better over time. However, the mechanisms causing these reversible forms of mitochondrial disease are yet to be figured out.