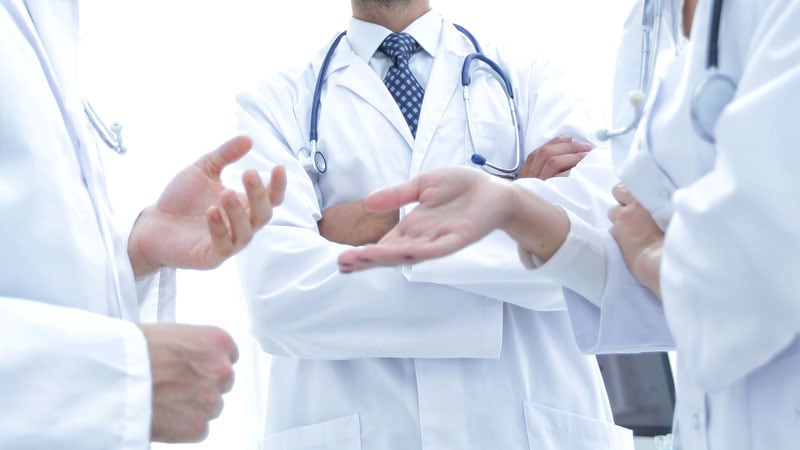 Take a look at almost any social media site — or perhaps do a quick survey of your relatives — and you’ll see that the United States is a deeply divided nation full of opinions. And the country’s physicians mirror this trend. 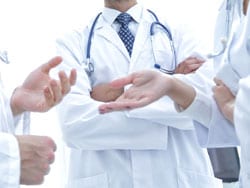 For the first-ever Medscape Social Issues Report, more than 2340 physicians in more than 29 specialties weighed in with their takes on a variety of controversial issues, including climate change, immigration, gun control, reproductive rights, and other hot-button issues.

Respondents were almost evenly split (51% yes, 49% no) when asked if these kinds of social issues affected their jobs.

For those who said the issues did affect their work life, some shared details. One physician reported, “I am a psychiatrist. The effects of climate change and gun control directly impact my patients daily.” Another addressed the challenges faced by their patients: “I live in a border area with lots of immigrants who have no access to care and are discriminated against.”

Coming Around to Single Payer

Healthcare access was, by a large margin, the most frequently cited social issue in the survey, with nearly 8 in 10 respondents reporting an appreciable level of concern about access.

This is not surprising given that in 2020, roughly 31 million US residents had no health insurance coverage, and another 38 million were underinsured. What may be surprising is the preferred solution: Seven in 10 physicians surveyed think that a single payer (ie, the federal government) should be at least partly responsible for making sure people in the US have healthcare coverage, and only 1 in 4 support sticking with the current approach.

This finding is in keeping with the recent trend toward more support for a single-payer system. In 2020, the American College of Physicians broke with the majority of physician organizations to advocate a single-payer system or a system with a combination of a public option and regulated private insurers.

“As doctors, we see on a daily basis how the current insurance system erodes the practice of medicine,” says Micah Johnson, MD, co-author of Medicare for All: A Citizen’s Guide. “Spending hours on the phone with various insurers, hours filling out paperwork, and, most importantly, not being able to get patients the care they need has led doctors to the point where a single system and a more universal system is very attractive.”

Changes in the healthcare industry have had an effect as well, Johnson told Medscape Medical News. “Instead of being a partner in a private practice, most doctors are now employees of huge healthcare organizations. That means that doctors are now one step removed from the financial elements, and there’s less of a perceived threat from a change to the insurance system.”

The Rights of Others

Other issues go beyond the healthcare system. More than three fourths of respondents said that racial inequality needs to be addressed, yet only about half thought the issue spills over into patient situations.

Given that the Centers for Disease Control and Prevention categorizes racism as a serious threat to health, Ada Stewart, MD, board chair at the American Academy of Family Physicians, thinks physician concerns about racial disparities should be higher. “As family physicians, we every day see racism’s impact in the care of our patients. It’s important that we recognize we need to fight against this,” she says.

When it comes to LGBTQ+ patients, doctors aren’t so supportive, even outside the clinic. About 4 in 10 are not at all concerned or just slightly concerned about LGBTQ+ rights, and a mere 14% are very concerned. In addition, 45% answered “no” to the question, “Do LGBTQ+ patients get a different level of medical care?”

Hector Vargas, executive director of GLMA: Health Professionals Advancing LGBTQ Equality, says he expected more physicians to say they were very concerned or concerned about LGBTQ+ rights. “There’s perhaps a lack of understanding and awareness that social issues have a real impact on the physical and mental health of LGBTQ people,” he says. “These impacts lead to health disparities. You cannot disconnect LGBTQ rights and health.”

According to a recent Gallup poll, 34% of Americans would like to see legal immigration increase, and only 28% would like to see it decrease. Doctors are a bit out of step on this issue, with 54% of respondents to our survey saying that current immigration laws are appropriate or need to be tougher.

Issues in the News

The recent leaked draft of a US Supreme Court opinion on an upcoming abortion ruling has brought the issue of reproductive rights to the forefront of public attention.

Like the rest of the nation, physicians’ views on this extremely emotional issue are more nuanced than topline results might suggest. Roughly 1 in 4 physicians surveyed (prior to the release of the draft) supported the right to abortion at any time. Others would restrict abortions to the first (13%) or second (11%) trimesters.

Gun control is another issue that excites passions. Many medical organizations and publications urge doctors to take a strong public stance on the health and safety issue and discuss gun use with patients. In response to mass shootings, the American College of Physicians supports “common-sense restrictions” to reduce injuries and deaths. Though many doctors are themselves gun owners, the majority of those surveyed strongly support measures such as background checks (91%) and psychological exams (54%) as requirements for gun purchases.

Substance abuse, particularly abuse of opioids, is another public health crisis very familiar to physicians. Ninety-five percent of those surveyed said that at least occasionally they treat a patient with a drug problem. Indeed, nearly 8 in 10 are substantially worried about this issue, and very few are unconcerned (1%) or only slightly concerned (5%).

When it comes to climate change, physicians’ feelings seem to reflect those of the general public, which is broadly concerned about this issue. Fifty-two percent of respondents strongly agreed that climate change is a major threat to humanity, and another 15% slightly agreed. However, 29% agreed or slightly agreed with the statement that the danger has been overstated.

Aaron Bernstein, MD, interim director of the Center for Climate, Health, and the Global Environment at Harvard T. H. Chan School of Public Health, said these results are “somewhat encouraging,” and he expects the levels of concerned physicians to climb.

“I suspect if you ask a younger audience, you will find a generational effect in understanding the issue,” he said. “We still have a lot to do to help providers grasp that climate change is both a public health issue and directly affects the ability to do our jobs, when you look at some of the weather events that have interfered with hospital operations.”