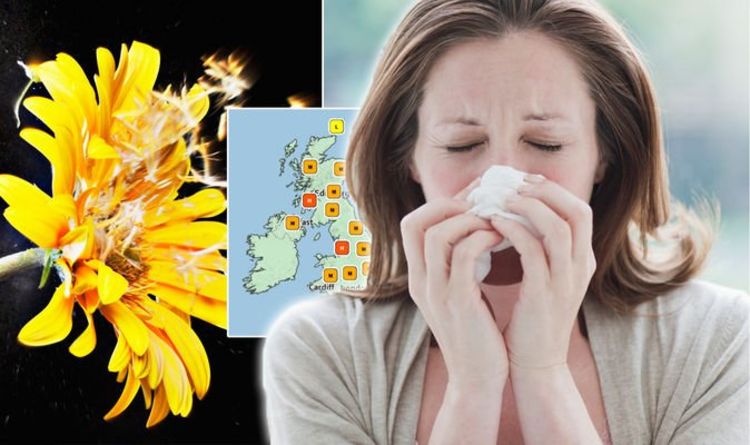 Hay fever is a common condition that’s caused by an allergy to different types of pollen, according to the NHS. Pollen is a fine powder that’s released by plants, and it contains proteins that can irritate the nose, throat and eyes. With around 20 per cent of the UK affected by hay fever, pollen count spikes could result in large numbers of runny noses and watering eyes. Three parts of the UK are at risk of ‘High’ pollen counts across the UK today, it’s been revealed.

Strathclyde, in west Scotland are among the three most at-risk parts of the UK, according to the Met Office.

That’s because they’re all forecasted to have ‘High’ pollen counts today, while the Orkney and Shetland Islands will still have a ‘Low’ pollen count.

All other parts of the UK is forecasted to have ‘Moderate’ pollen counts throughout the day.

During this part of the year, hay fever patients’ symptoms are likely to be caused by tree pollen, according to charity Allergy UK.

“Hay fever is a common allergic reaction which occurs at particular times of the year,” said the charity. 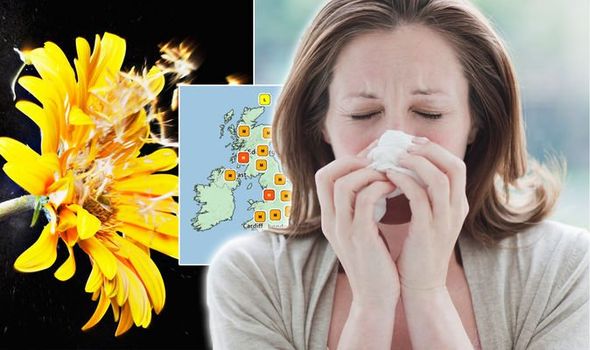 “It is caused when the body makes allergic antibodies [IgE] to certain substances, such as pollen, house dust mites or mould, which are known as allergens.

“Grass pollen is the most common allergen [May to July], but tree [February to June] and weed [June to September] pollens can also cause the allergic reaction we know as hay fever.”

Some patients even develop facial pain, tiredness, earache, and a loss of smell.

But symptoms vary from person to person, and the severity of symptoms depend on how much pollen is in the air. 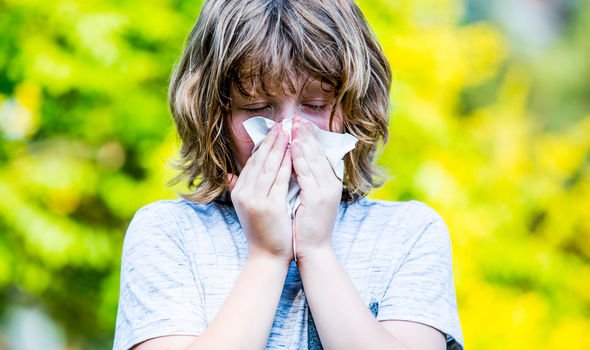 11 Tips to get you through hay fever season

Hay fever season is upon us once again, here are our top tips to reduce those annoying pollen allergy symptoms.

Avoid parks or fields, particularly in the early evening when there’s a lot of pollen floating at nose level

If you have hay fever, it’s important to avoid drying clothes on an outdoor washing line, especially when pollen counts are high.

Putting petroleum jelly around your nostrils could help to trap pollen, and prevent symptoms, said the NHS.

Alternatively, wear wraparound sunglasses to stop pollen from getting into your eyes.

You should speak to a doctor if your hay fever symptoms can’t be controlled by over-the-counter medication.