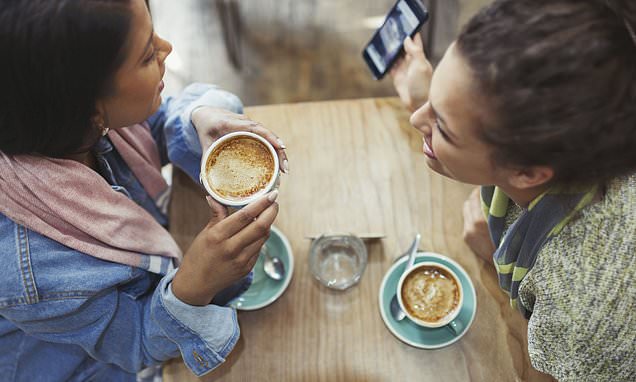 Soda or coffee? It depends on how it makes you feel: Scientists discover ’emotional’ genes predict whether people like sweet or bitter tastes

The reason you love a dark roasted coffee, a hoppy beer or a sweet cola could be the way it makes you feel rather than its taste, a new study finds.

Scientists have long believed that variations in our taste genes dictated our preference for bitter or sweet drinks.

But researchers from Northwestern University Feinberg School of Medicine in Chicago, Illinois, say they found that it actually come from genes related to the psychoactive properties of these beverages.

This means we actually make our beverage choices based on the mental reward rather than whether we think it tastes good. 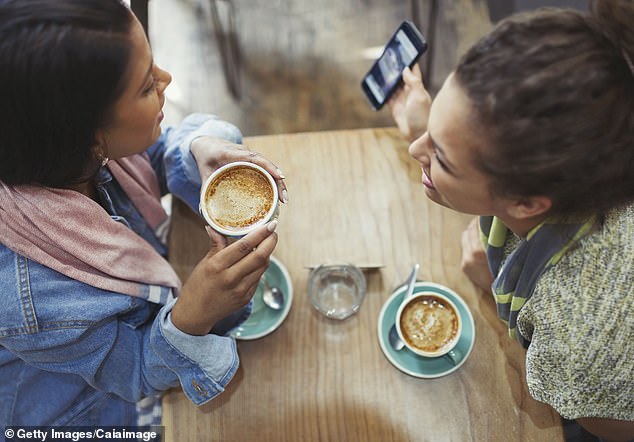 A new study from Northwestern University in Chicago, Illinois, found that people may prefer ‘bitter’ coffee to ‘sweet’ cola because of the way it makes us feel rather than its taste (file image)

For the study, published in the journal Human Molecular Genetics, the team categorized beverages in two groups: bitter-tasting and sweet-tasting.

Researchers recruited 336,000 people from the UK Biobank study, a long-term study on how genetic predisposition and environmental exposure contributes to the development of disease.

Participants recalled what they ate and drank over a 24-hour period and answered questionnaires.

The team found that the adults made their choices based more on mental reward rather than taste.

For example, people may like the way stimulants, such as caffeine, found in coffee and sodas, wakes them up or causes a euphoric feeling.

Or people may enjoy the calming, anxiety-reducing effects caused by ethanol found in alcoholic beverages.

‘The genetics underlying our preferences are related to the psychoactive components of these drinks,’ said lead author Dr Marylin Cornelis, an assistant professor of preventive medicine at Northwestern University.

‘People like the way coffee and alcohol make them feel. That’s why they drink it. It’s not the taste.’

Researchers did find one gene variant, however, that was associated with sugar-sweetened drinks.

The FTO gene has been linked to obesity, but the team found found that people with the variant in the gene that lowered the risk of obesity also preferred sugar-sweetened beverages.

‘It’s counterintuitive,’ Dr Cornelis said. ‘FTO has been something of a mystery gene, and we don’t know exactly how it’s linked to obesity. It likely plays a role in behavior, which would be linked to weight management.’