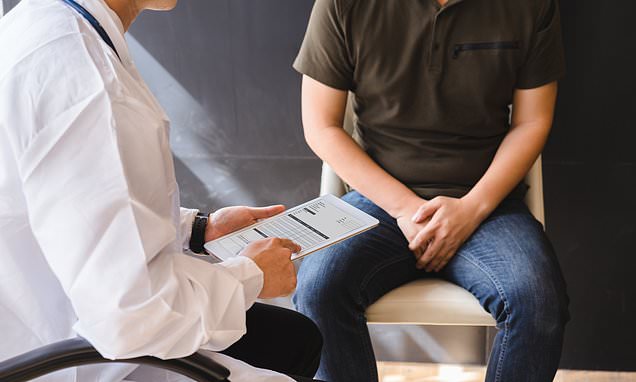 Prostate cancer breakthrough drug doubles survival time – so now will NHS chiefs give it the green light after spending watchdog rejected it?

A cutting-edge prostate cancer drug which was rejected by the NHS spending watchdog could extend the lives of many more men than first thought.

The drug, olaparib, had been shown to be highly effective in treating a specific genetic type of the disease, but it’s now thought the tablets could work for a much wider group of patients.

This means it could be used to help thousands of cancer victims each year in the UK, rather than just a few hundred.

Although olaparib has been given the green light for prostate cancer patients by the Scottish Medicines Consortium, the National Institute for Health and Care Excellence (NICE), which has to approve NHS drugs in England and Wales, last month deemed the drug too expensive. 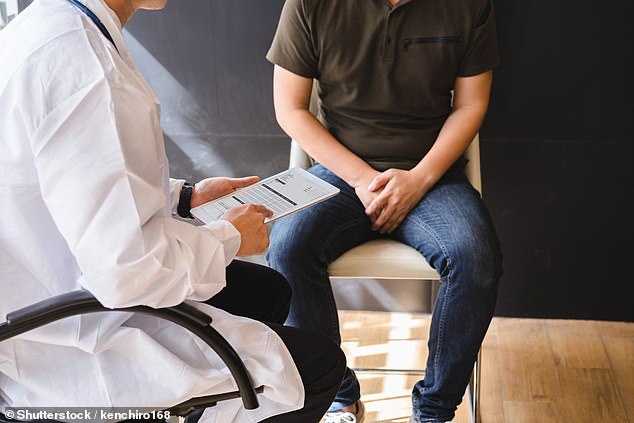 The drug, olaparib, had been shown to be highly effective in treating a specific genetic type of prostate cancer, but it’s now thought the tablets could work for a much wider group of patients

But experts hope new data, which will be presented this week at the American Society of Clinical Oncology Genitourinary Cancers Symposium, will help to change its decision.

The number of British men surviving prostate cancer has tripled in the past 40 years, thanks mainly to earlier diagnosis.

‘Early studies suggested the drug was beneficial, so it was disappointing when NICE chose not to recommend it,’ says Dr Hendrik-Tobias Arkenau, medical director of research organisation Sarah Cannon Research Institute UK.

Archibald Muir, 68, was one of the first Britons to receive olaparib on the NHS in Scotland. The butcher from Glasgow found out six months ago that his prostate cancer, which developed three years ago, had returned and spread to the bones in his back.

He says: ‘I was in so much pain at the time that I was in hospital constantly. I couldn’t get out of bed.’

Mr Muir’s cancer carried a BRCA genetic mutation – the same faulty gene that can raise the risk of breast and ovarian cancer in women and also causes some pancreatic cancers.

Olaparib has shown to be highly effective in treating all kinds of BRCA tumours.

Doctors started Mr Muir on the medication after his relapse, and within a month he was out of hospital.

‘It’s a really remarkable change,’ he says. ‘I don’t have pain any more and I’m back at work part-time. Most importantly, the doctors say blood tests show less and less cancer, meaning the disease is slowing.’

Olaparib, first discovered in the UK, is a revolutionary drug known as a poly adenosine diphosphate-ribose polymerase (PARP) inhibitor. It interferes with an enzyme that helps cancer cells repair themselves, causing them to die. 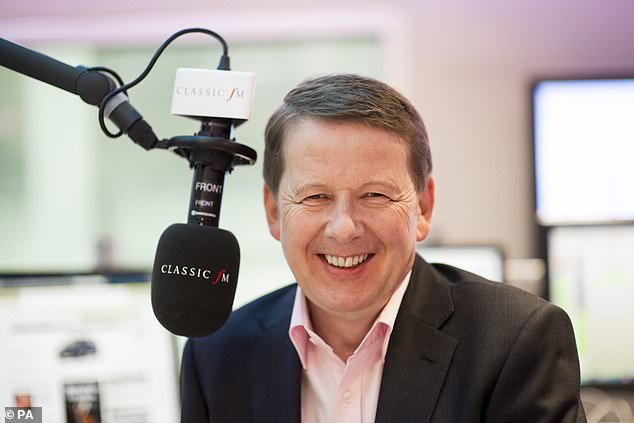 Former BBC presenter Bill Turnbull revealed in March 2018 that he’d been diagnosed with prostate cancer which had spread to another area of the body.

Recent studies in other forms of BRCA cancer, including breast and ovarian, have shown that olaparib can reduce the risk of death and prevent the disease from returning in certain patients.

While eight in ten men will survive prostate cancer thanks to chemotherapy and surgery, for a minority it can be difficult to treat because of how quickly it spreads to other parts of the body.

And four in ten are diagnosed at a later stage when treatment options are more limited.

Former BBC presenter Bill Turnbull revealed in March 2018 that he’d been diagnosed with prostate cancer which had spread to another area of the body.

One in eight men with advanced prostate cancer carry a BRCA mutation, and it is hoped the new study will show that those on olaparib stay well for longer compared with men on standard treatments.

The trial also looked at whether combining olaparib with the hormone therapy abiraterone could delay the progression of advanced prostate cancer in patients who did not carry a BRCA mutation.

Experts are extremely hopeful there would be some effect in this group, which would be a significant development because it would make olaparib the first PARP inhibitor to work in non-BRCA patients for any form of cancer.

A new drug which could halt the spread of multiple aggressive cancers is also expected to reveal exciting study data this week.

Known as DS-7300, it targets a protein found in hard-to-treat forms of the disease called B7-H3, delivering a dose of chemotherapy directly into cancer cells.

The treatment, the result of a collaboration between Japanese pharmaceutical firm Daiichi Sankyo and Sarah Cannon Research Institute, is the first to target B7-H3.

Early trial data showed promising results in patients with aggressive forms of the disease which spread quickly throughout the body, including prostate cancer, head and neck cancer and lung cancer.

Of the 70 patients recruited to the trial in the US and Japan, all of whom had failed to respond to previous treatments, more than 30 saw their cancer stop growing and remain stable over a year later.

Professor Kristian Helin, chief executive of The Institute of Cancer Research, said the decision not to offer olaparib to English and Welsh NHS patients was disappointing and urged NICE and the drug’s manufacturer, AstraZeneca, to come back to the table to make it available ‘at an agreeable price’.

Previous research found that olaparib could double the time men with the BRCA mutation survived without their cancer getting worse – from 3.6 months to 7.4 months. Doctors in Scotland say it is already benefiting patients there.

Doctors have suspected for several years that PARP inhibitors could benefit non-BRCA patients, but the new data would represent the clearest evidence yet. One theory is that the drugs are effective in patients who carry what is known as a DNA-damaging repair gene.

There are thought to be 26 of these genes, and studies suggest up to 15 per cent of Britons carry one. In comparison, less than one per cent has a BRCA mutation.

Dr Arkenau says: ‘Until now, most of our research has been focused on BRCA. Now we are looking at whether PARP inhibitors work for patients with other types of these genes, and early data has shown some exciting signs of promise.’

Mr Muir says he was surprised to hear that olaparib wasn’t currently available for patients in England and Wales, adding: ‘It’s strange that someone else who gets the same cancer as me wouldn’t be able to get the drug in another part of the UK.

‘Surely that’s why we pay our taxes, so that when we get ill the NHS will treat us with the best possible drugs.’