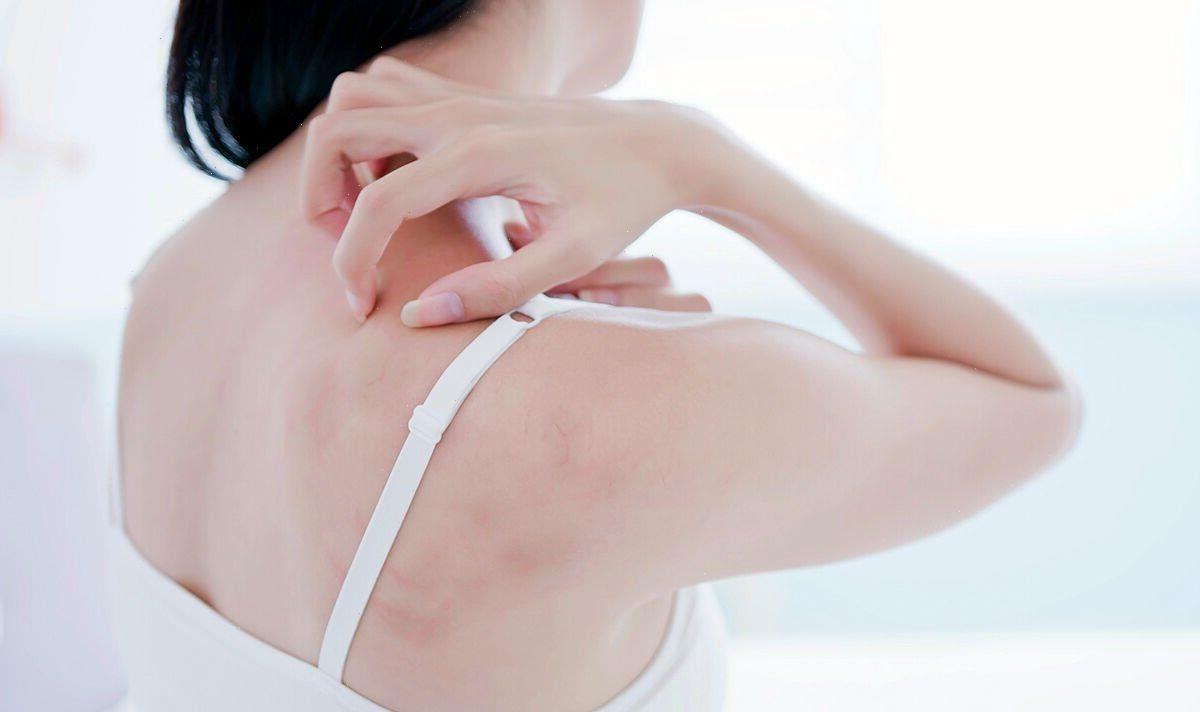 The pancreas is a gland in the abdomen. Its main functions include creating enzymes to help digest food and creating hormones like insulin to control blood sugar levels in the body. Pancreatic cancer often doesn’t display symptoms in its early stages but like any medical condition, the sooner you spot the signs the better chance you have of survival.

This is even more important considering how pancreatic cancer has the lowest survival rate of all the common cancers in the UK, with just seven percent of people living for five years after diagnosis.

It also accounts for around 9,000 deaths in the UK every year, making it the fifth biggest cancer killer in the region.

Although it might not cause symptoms initially, as the cancer grows signs will start to appear.

One such sign is pruritus, which is the medical term for itchy skin.

Pancreatic Cancer Action lists it as a symptom and explains how it is linked to jaundice – yellowing skin – which is another sign of the disease.

It explains: “Pruritus is itching of the skin when you are jaundiced.

“The itch is caused by a buildup of bile salts in the blood when the bile ducts are blocked or the liver is not working properly.

“This can also make the skin feel hot and uncomfortable.”

How to treat pruritus

The most effective way to ease pruritus is to treat the underlying cause of the jaundice.

“Jaundice caused by a tumour blocking the tubes that drain bile from the liver and gall bladder into the bowel (obstructive jaundice) can be treated in several ways,” Pancreatic Cancer Action says.

There are other ways to relieve pruritus including taking antihistamines and a medicine called cholestyramine to allow the body to excrete excess bile salts.

It is also worth practising:

Jaundice is one of the most common symptoms of pancreatic cancer, alongside pain in the stomach area or back and unexplained weight loss.

“If you have persistent or worsening symptoms that are not usual for you, then you should visit your GP or call NHS 111 to investigate,” Pancreatic Cancer Action says.

“You may not have all these symptoms and they may come and go, varying in severity.”

People with pancreatic cancer might also experience changes in their toilet habits.

This includes constipation and diarrhoea.

You might also notice that your stools are “large, pale, smelly and float” as a result of having too much fat in them.