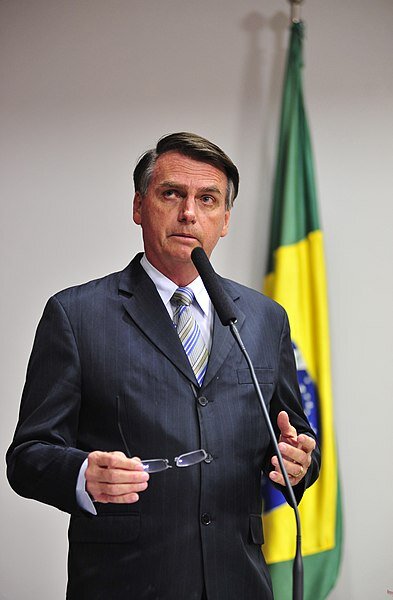 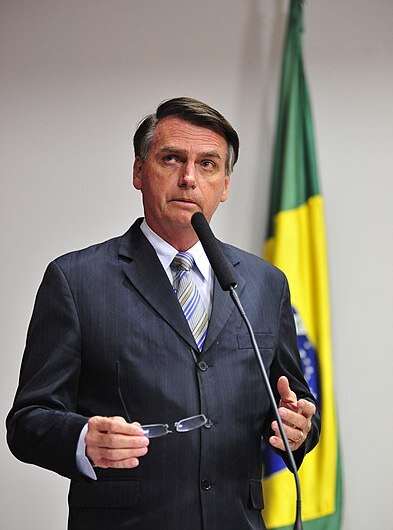 Along with the United States and India, Brazil is one of the three countries to have been most hit by the COVID pandemic, both in terms of deaths and confirmed cases (660,000 and 30 million respectively). The doubts we may harbor over the reliability of official data (especially for infections, but also for deaths) are not able to challenge this dismal record.

In a 2021 article, we shed light on the risk factors associated with infection and death from COVID-19 during the first wave of the pandemic (October 2020). Brazil’s high death toll can be partly explained by an array of socio-economic factors common to other countries, including the state’s poverty, informal economy, ethno-racial inequality and the poor infrastructure of its favelas. Above all, our research shows the country’s president, Jair Bolsonaro, bears particular responsibility in the spread of the pandemic—we call it the “Bolsonaro effect.”

While it is clear that the president’s denialism has prevented the state from effectively fighting the pandemic, it is far more challenging to demonstrate how it has impacted behavior and to quantify its victims. This is what we have attempted to do in a new study.

There are two theoretical approaches available to us when seeking to quantify the effects of a Bolsonaro presidency, depending on whether we opt for an individual- or geographical-level of analysis.

In the case of the first method, we would need to be able to access individual data of a representative sample of the population. The latter would inform us on individuals’ COVID status (infected or not, deceased or not) and socio-political profile. There is a hitch, however, as socio-economic surveys only cover the living (the dead do not talk), while epidemiological surveys and registers say little about individual characteristics (at most, sex and age, sometimes co-morbidity factors), and do not include political preferences.

The alternative is to conduct the analysis at a locality level. While this method fails to measure individual risks, it can be justified on other grounds:

In the face of the Bolsonaro government’s denialism, policies were conducted at the local level (states and municipalities). The analysis therefore focuses on the 5,570 municipalities in the country and involved processing tens of millions of observations.

Pro-Bolsonaro communities have been more hit by COVID-19

The first key finding is that COVID-19 has, all other things being equal, was deadlier in the municipalities most favorable to Jair Bolsonaro (based on the first-round votes in the 2018 presidential election).

The net effect is all the more noteworthy given that on average we observe the opposite trend: in fact, in absolute terms, pro-Bolsonaro municipalities were spared by COVID because they are “whiter,” better educated, richer, etc.—all factors that protect them from the pandemic to a certain degree.

Once these structural characteristics are taken into account, we are able to identify a specific Bolsonaro effect. This finding is both the most durable and the most robust. Apart from age, the only other factor of socio-economic inequality to be sustained over time is poverty.

The president’s denialism has led his supporters to engage more often in risky behavior, resulting in an increased likelihood of infection for the general population around them.

The only positive thing the president has done is to carry out emergency cash transfers to informal workers. However, this only partially protected them by allowing them to survive without a job at home at the start of the pandemic.

We also need to look at the mechanisms that led to the Bolsonaro effect. Drawing from existing datasets, we were able to test the extent to which Brazilians have followed two of the world’s main tools against COVID: social distancing and vaccination.

Faced with the federal government’s reticence, local authorities declared lockdowns in a piecemeal fashion. Nevertheless, such measures benefited from a remarkable following when they were taken, as evidenced by the drastic reduction in travel by Brazilians (data from Facebook and Google accounts), which reached almost 50% in the first months of the pandemic.

The lifting of restrictions led to a near return to normality by the end of 2020. By the second quarter of 2021, the pandemic was back, resulting in new lockdowns. This time, Brazilians took on a more carefree attitude, even though the wave was more severe than the first.

In this general context, our research shows the more municipalities were in favor of Bolsonaro, the less their population limited its outings. This confirms the conclusions of two studies conducted at the start of the health crisis.

This is true for all time periods, save for the end of 2020, when the pandemic was at its lowest. Similarly, a poorer municipality is associated with both higher relative mobility and higher mortality.

However, the benefits of lockdowns only go so far, as evidenced by the case of municipalities with elderly residents who despite cautious travel behavior were more often affected by the pandemic.

Vaccination rates are the second potential factor through which the Bolsonaro effect may have impacted mortality.

Despite a slow start and Bolsonaro’s continued resistance, the vaccination campaign eventually took off, making up for the initial delay. By mid-March 2022, 180 million Brazilians had received at least one dose and 168 million the full vaccination course (85% and 74% of the population respectively)—levels comparable to those in France and other European countries.

This time, all other things being equal, the propensity to vote Bolsonaro has in fact no effect on the proportion vaccinated (two doses). It is even positive, if we consider those who have taken at least one dose.

Nevertheless, in line with our intuition, it does appear pro-Bolsonaro municipalities were initially less vaccinated than the others. It was only in the second phase that they caught up. It is as if the president’s supporters had initially followed his anti-vaccine propaganda before changing their minds as the national and international results became more and more convincing.

A stream of blatantly false or misleading statements

Finally, a body of converging evidence points to the president’s responsibility for COVID-19’s crushingly high death rate in Brazil. Revealingly, his conviction at the end of 2021 by a parliamentary commission of enquiry on 10 counts, including crimes against humanity, does not appear to have affected his popularity. He is even trying to take advantage of it in the perspective of the next presidential elections in October 2022, on the grounds that he would have… stopped the pandemic.

After dismissing the virus as “uma gripezinha” (small flu), Jair Bolsonaro openly broke the rules of social distancing by taking part in public meetings and mingling with crowds, most often without wearing a mask himself—thus undermining the measures taken by local authorities.

Bolsonaro has repeatedly touted the benefits of hydroxychloroquine, claiming against all the latest studies that its effectiveness has been scientifically proven. Last August, he declared that wearing a mask had almost no effectiveness (“eficácia quase nenhuma”). In mid-October, when more than 150,000 people had officially died from COVID-19, he claimed that the pandemic was overestimated (“superdimensionada”). By mid-November, he maintained this claim and questioned the arrival of the second wave in Brazil (“conversinha de segunda onda”).

The announcements have not stopped. On 5 May 2021, addressing members of the Comissão Parlamentar de Inquérito da COVID, the parliamentary commission investigating the government’s handling of the pandemic, he called those who refuse to recognize the effectiveness of early treatment with hydroxychloroquine “scoundrels” (“canalhas”).

A fact-checking journalism study analyzed the president’s public statements related to COVID-19 between 11 March and 11 September 2020: of 1,417 occurrences, 653 were found to be blatantly false or misleading.