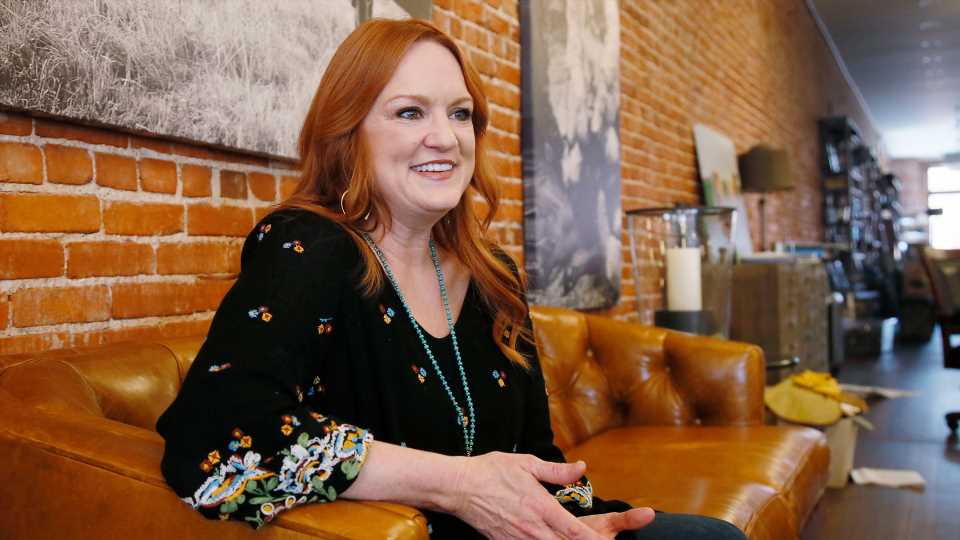 Ree Drummond, ranch cook Mommi and multimedia business wonder woman, has a new endeavor that we’re freakishly excited about. Move over, whimsical Walmart kitchen tools – this time, Drummond is making her way to our hearts through our stomachs with a new line of sauces and condiments. She might be able to handle the stress of cooking like 40 pounds of spaghetti and three different sauces in one day to feel her kids and their dozens of farm friends, but the rest of us need a little help from the pantry sometimes.

These are parsnip and carrot oven fries, and they didn’t make it in my new cookbook because I forgot to take a couple of the process photos and the cookbook was full enough anyway, so here they are! Toss parsnip and carrot sticks in a little melted butter, olive oil, salt and pepper. Roast them at 450 for about 15 to 17 minutes, shaking the pan once or twice during that time. The dipping sauce is mayo, grainy mustard and BBQ sauce! Dang, what a super snack. Parsnips are underrated!

Created in partnership with Kraft Heinz, Drummond’s new line will include pasta sauce, dressings, and barbecue sauce. The star of her line? A ranch dressing she was inspired to create because she has “never been a huge fan of bottled ranch dressing,” because to her it never tasted homemade enough. I guess if anyone knows #RanchLife, it’s Drummond, so we’ll take her word for it. And indeed, the creamy dressing she’s releasing, along with the version that’s spiked with chipotle puree to give it a “Spicy Southwestern” flavor, does sound delicious.

But Drummond isn’t stopping at something as basic as Ranch! She also created several flavors of barbecue sauces like Peach Whiskey, Apple Brown Sugar, Honey Habanero, and Frontier BBQ (Peach Whiskey sounds perfect for summer — imagine that on grilled chicken alongside a pitcher of spiked sweet tea?), and a variety of pasta sauces that include Italian Sausage & Peppers, Rustic Bolognese, Marinara, Four Cheese, and Garden Vegetable.

But what’s the deal with a famous cook developing products that help us cook…less? Drummond says she’s just being realistic. “[I’d] rather spend the time making a delicious meatball and then use one of my prepared pasta sauces to simmer the meatballs and make meatball subs,” Drummond told Today. “I’m a home cook and I’m so busy. I have teenage boys, I have girls who are in college, in and out, so we all have to find ways to give ourselves a break in the kitchen.”

While I can’t relate to what it’s like to be the multi-millionaire, 23rd largest landowner in the US,  cooking show host and mom-of-four, I *can* relate to wanting to spend less time making dinner so I can rewatch the latest episode of Game of Thrones for the third time, and chances are lots of people will be picking up Drummond’s sauces and dressings for that reason.

You can get your hands on the ranch and barbecue sauce at major grocery retailers starting this week, and keep your eyes peeled for the marinara, which is set to arrive on store shelves in May.