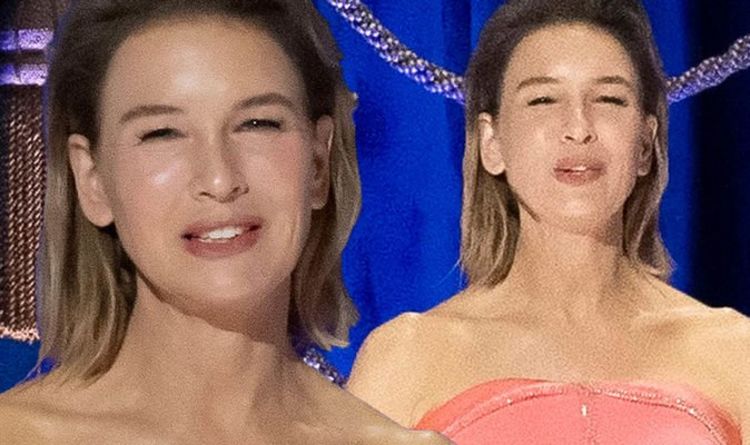 Most recently, the 52-year-old Academy Award winner has become “unrecognisable” as she prepares for her latest role. The actress is appearing in upcoming NBC crime series The Thing About Pam, which sees her wearing prosthetics in order to play the titular character. Yet most fans were left baffled as they didn’t immediately recognise it was her. This role comes after one of Zellweger’s “finest performances” in the 2019 biographical drama Judy, which follows the chronicles of the last years of Hollywood legend Judy Garland’s life. It was while the actress was promoting the 2019 film that she also opened up about some of her personal health battles and the depression she suffered from during her hiatus back in 2010.

In an interview with New York Magazine at the time, the two-time Oscar winner said she slipped into a depression and needed a break from acting after shooting to fame with Bridget Jones’s Diary and Chicago.

“I wasn’t healthy,” Zellweger said. “I wasn’t taking care of myself. I was the last thing on my list of priorities.”

Coming to terms with the fact that there might be an issue with her health, Zellweger sought the help of a therapist .

“He [the therapist] recognised that I spent 99 percent of my life as the public persona and just a microscopic crumb of a fraction in my real life,” she recalled.

“I needed to not have something to do all the time, to not know what I’m going to be doing for the next two years in advance. I wanted to allow for some accidents. There had to be some quiet for the ideas to slip in.”

In addition to the advice her therapist gave her, Zellweger was given some words of wisdom from friend and fellow actress Salma Hayek.

“I got it. Because what does that mean? It means that you have to fake that you’re ok to go and do this next thing.

“And you probably need to stop right now, but this creative opportunity is so exciting and it’s once-in-a-lifetime and you will regret not doing it. But actually, no, you should collect yourself and, you know… rest.”

Taking heed of the advice, Zellweger took a step back and did not appear in another film until 2016, where she reprised the role that gave her international success in Bridget Jones’s Baby.

Reflecting on the pressure that still exists for young actors today, and how she has changed her life as a result Zellweger added: “[When] you’re really unhealthy and unbalanced and, you know, about to die you look back on it [life] and wonder what happened.

“I had lots of different places to live but no home. No home where I actually unpacked pictures and put them on the shelf… I had two suitcases.

“I had a good five-year period when I was joyful and in a new chapter that no one was even aware of.

“I’m not in people’s consciousness anymore, so they don’t immediately make the connection. It’s a quieter life, and I love it.”

The NHS explains that depression is more than simply a feeling of unhappiness. Depression is the persistent feeling of sadness for weeks or months, rather than for just a few days, and in some cases for no particular reason.

It affects people in different ways and can cause a variety of different symptoms ranging from a sense of hopelessness to a loss of interest in things they once enjoyed. There can also be physical symptoms such as constantly feeling tired or having no appetite.

Depression can often come on gradually, so it can be difficult to notice something is wrong. This leads to many people trying to cope with their symptoms without realising they’re unwell. Doctors describe depression by how serious it is:

Most people experience feelings of stress, anxiety or low mood during difficult times. A low mood may improve after a short period of time, but if it does not and symptoms start to gradually get worse, it may be wise to seek the opinion of a medical professional.

Luckily, there are a variety of treatments for depression. This includes a combination of lifestyle changes, talking therapies and medication. A medical professional will typically recommend the best treatment for the individual depending on the stage of their depression.

Talking therapies, such as cognitive behavioural therapy (CBT), are often used for mild depression that is not improving, or moderate depression. Antidepressants are also sometimes prescribed. For moderate to severe depression, a combination of talking therapy and antidepressants is often recommended. CBT aims to help individuals understand their thoughts and behaviour and teaches you ways to challenge negative feelings.

For confidential support from trained volunteers, call 116 123 to talk to Samaritans, or email: [email protected] for a reply within 24 hours. Alternatively you can text “SHOUT” to 85258 to contact the Shout Crisis Text Line, or text “YM” if you’re under 19.