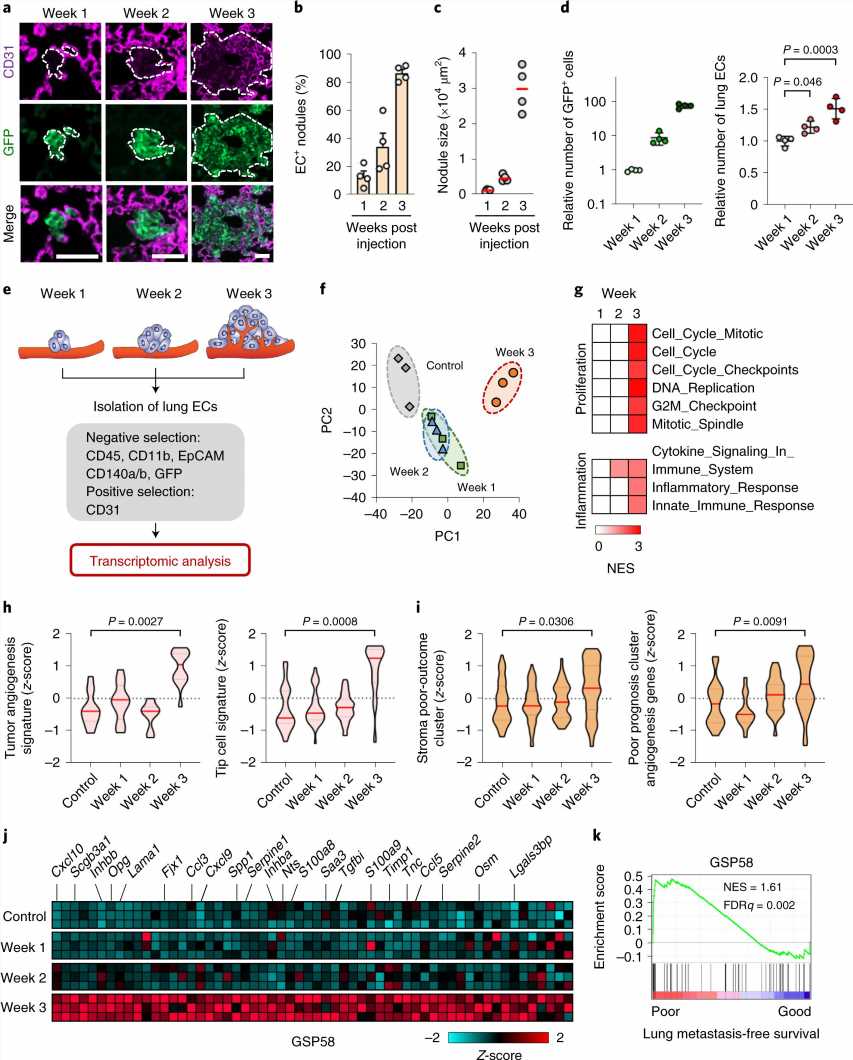 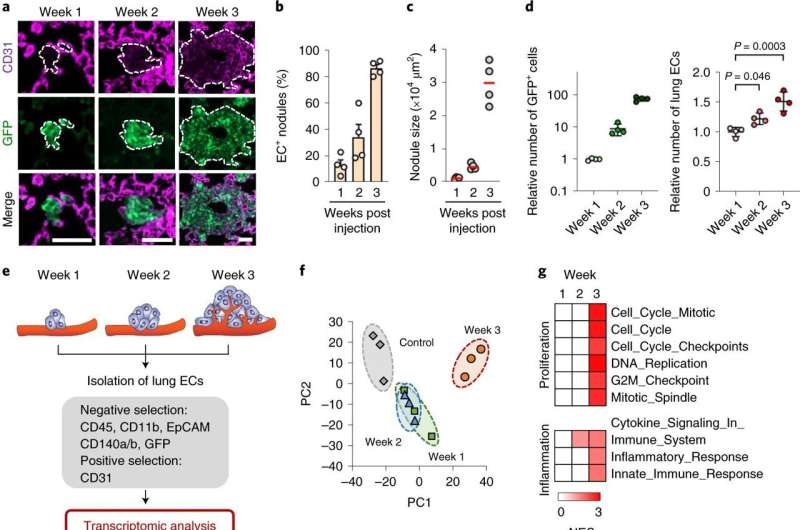 Metastatic breast cancer cells abuse macrophages, a type of immune cell, to promote the settlement of cancer metastases in the lungs. The reprogrammed macrophages stimulate blood vessel cells to secrete a cocktail of metastasis-promoting proteins that are part of the so-called metastatic niche. This was demonstrated by scientists from the German Cancer Research Center and the Stem Cell Institute HI-STEM in mice that had been transplanted with human breast cancer cells. The work enabled the scientists to identify new targets and develop initial concepts to better restrain the metastatic spread of breast cancer.

Cancer spreads within the body as individual cells detach from the primary tumor and travel to distant body regions via the bloodstream or lymphatic system. Before they can grow into a metastasis at a secondary site, they must communicate with their new environment through a variety of molecular interactions. “In order to settle in this new, hostile milieu, the cancer cells corrupt the microenvironment to support their growth,” says Thordur Oskarsson of the German Cancer Research Center (DKFZ) and the stem cell institute HI-STEM. Researchers refer to this as the tumor cells creating a “metastatic niche.”

Blood vessels play a very special role in metastasis. Detached tumor cells prefer to stay in their immediate vicinity. In particular, the interactions of cancer cells with the endothelial cells lining the inside of the vessels are crucial for metastasis, as many studies have already shown. However, the details of this molecular exchange are still largely unknown.

A team led by Oskarsson has now investigated these interactions during metastatic colonization of the lung by breast cancer cells in mice. The researchers first observed that four genes in the lung endothelial cells showed a particularly strong increase in activity three weeks after the onset of metastasis. They encode four proteins that are secreted into the microenvironment (Inhbb, Lama1, Scgb3a1 and Opg), which both individually and in combination promote the development of lung metastases. Inhbb and Scgb3a1 confer stem cell properties to cancer cells, Opg prevents programmed cell death—apoptosis—and Lama1 supports adhesion-mediated cell survival. Importantly, high expression of these four newly identified niche factors correlates with both shortened relapse-free survival and shortened overall survival of breast cancer patients.

But how do cancer cells get the lung endothelium to produce the metastasis-promoting protein cocktail? To the surprise of the scientists, the cancer cells do not do this job directly themselves, but instead harness a cell type of the innate immune system for this purpose, the macrophages.

“These macrophages, which often reside in the vicinity of the lung blood vessels, are activated by tenascin, an extracellular matrix protein produced by breast cancer cells,” explains Tsunaki Hongu, the first author of the study. Tenascin is involved in disease progression in many cancers. After activation by tenascin, macrophages produce various factors that induce the production of the cancer-promoting protein cocktail in endothelial cells. By eliminating macrophages or their activity, using specific molecular agents, the investigators could show that these cells are crucial for production of the metastasis-promoting protein cocktail.

Oskarsson, who now works at H. Lee Moffitt Cancer Center and Research Institute in Tampa, Florida, summarizes: “The complexity of the crosstalk between cancer cells, macrophages and endothelial cells is striking. With a better understanding of the numerous proteins and other factors involved in these metastatic interactions, we were able to identify a variety of starting points for new strategies against breast cancer metastasis. We have already developed initial therapeutic concepts for this, which we now need to validate in further studies.”