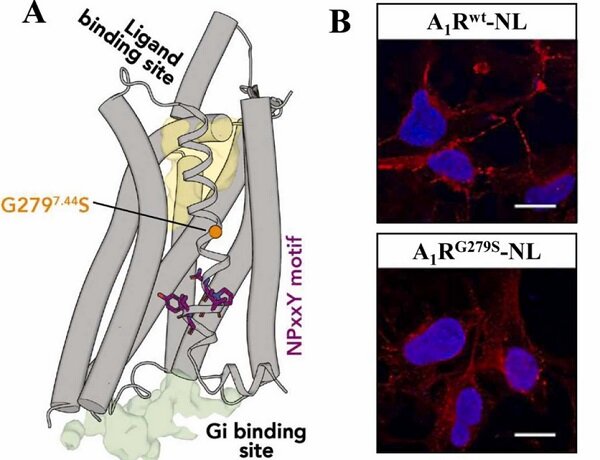 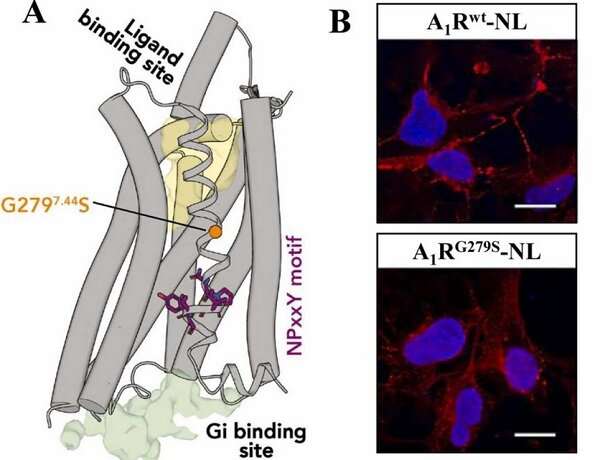 Parkinson’s disease affects 3% of population over 65 years old, and the average age of onset is 60. In juvenile Parkinson’s, which accounts for 5–10% of Parkinson’s cases, the disease begins before 40 years old.

Now, a group of researchers of the Faculty of Medicine and Health Sciences, the Institute of Neurosciences of the UB (UBNeuro) and the Bellvitge Biomedical Research Institute (IDIBELL), has deciphered, for the first time, the molecular mechanism by which a mutation of the adenosine type 1 receptor gene is associated with juvenile Parkinson’s.

The team, led by Professor Francisco Ciruela (UB-IDIBELL-UBNeuro), focused on the study of the mechanistic field of the mutation of the brain receptor, previously defined as the potential cause for the early disease. The results, presented in the journal Biomedicine and Pharmacotherapy, reveal that the mutation reduced this receptor’s ability to interact with other adenosine receptors—with the type 2 receptor—which would cause an increase in the neuronal circuits’ excitability in the brain region called the striatum.

“We propose that the inability of both adenosine receptors to interact would generate glutamatergic hyperexcitability in the neuronal circuits of the striatum, a key mechanism in the pathogenesis of juvenile Parkinson’s,” notes Francisco Ciruela, professor of the Department of Pathology and Experimental Therapeutics of the UB and head of the IDIBELL Research Group on Neuropharmacology and Pain. 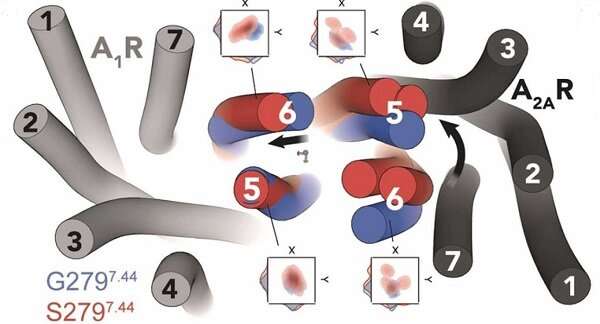 An imbalance in the excitability of the neuronal circuit

The adenosine receptors are brain receptors assembled to G proteins and involved in motor functions. Previously, their involvement in neurodegenerative pathologies such as Parkinson’s disease had already been suggested.