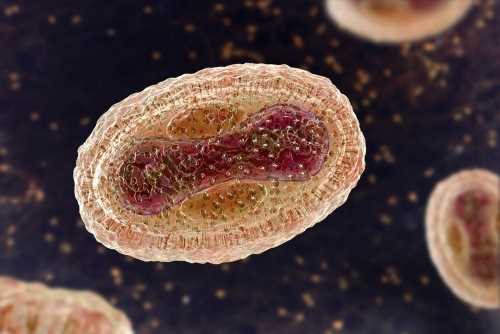 In a recent perspective published in PLoS Biology, researchers proposed a novel, non-discriminatory classification of the monkeypox (MPX) virus (MPXV).

Several MPXV outbreaks have occurred across the globe. While previous outbreaks occurred primarily by zoonotic MPXV transmission in endemic regions such as the western and central parts of Africa, the current 2022 MPXV outbreak has impacted non-endemic nations via the inter-human transmission of MPXV.

In the present perspective, researchers proposed a novel, non-discriminatory, not-stigmatizing, and neutral classification of MPXV in alignment with best practices for infectious disease nomenclature for minimizing the negative geographical and economic impacts, considering MPXV transmission and evolution.

MPXV has been perceived in scientific literature and global media as endemic to Africa. Almost all MPX cases in Africa before the 2022 MPX outbreak occurred primarily due to zoonotic transmission and rarely by inter-human transmission. Regarding the ongoing 2022 outbreak, MPXV nomenclature as an African virus is inaccurate, stigmatizing, and discriminatory.

The 2022 outbreak-causing MPXV’s origin is unknown; however, evidence has pointed toward cryptic and inter-continent human-to-human transmission instead of zoonotic transmission observed in previous MPX outbreaks in Nigeria and West Africa. Therefore, adopting a classification system that does not geographically discriminate or stigmatize MPXV as African seems appropriate for communities across the globe.

The existing classification categorizes the genomic diversity of MPXV into the Central African (or Congo Basin) and the West African clade. However, such classification counteracts best practices that avoid geographic sites in naming diseases, especially taking the current 2022 outbreak in humans into account, which was considered to have been caused by the West African clade.

The proposed MPXV classification is in line with the standardized GISAID (global initiative on sharing all influenza data) database nomenclature and, therefore, should be preferred over the NCBI (national center for biotechnology information) GenBank database. The geography-based existing nomenclature practice precludes an understanding of the complete range of MPXV due to limited diagnostic testing and limited surveillance, as shown by the May 2022 outbreak involving >44 nations without MPXV detection.

In conjunction with the World Health Organization (WHO), the team named three clades (I, IIa, and IIb). Within IIb, the causative agent for the current 2022 MPX outbreak, several lineages such as A.1, A.2, A.1.1, and B.1 were identified to support real-time genomic surveillance. The clades include MPXV genomes from West Africa and Central Africa and local spillovers from human and animal hosts in other nations.

Clade I correspond to the Central African clade, whereas clades IIa and IIb correspond to the Western African clade, and more clades may be identified by increased genomic sequencing efforts. Further, clade IIb could be renamed since it contains MPXV genome samples from Nigeria, the United Kingdom (UK), Singapore, and Israel obtained between 2017 and 2019, in addition to the current MPXV outbreak genome. A distinct nomenclature must be assigned to MPXV genomes causing the human-to-human transmission to distinguish it from the zoonotically-transmitting MPXV.

The team has referred to the 2022 outbreak-causing MPXV as ‘hMPXV’ for representing the human-to-human transmitting-MPXV genome, similar to the Pango nomenclature system for severe acute respiratory syndrome coronavirus 2 (SARS-CoV-2) encompassing distinct names for lineages encoding genealogic associations. The proposed nomenclature could improve communication devoid of negative connotations and, therefore, must be swiftly adopted.

Furthermore, aliases could be introduced following the second (instead of the third subdivision in the Pango system) subdivision to keep the genomic labels short, such that the base hMPXV could be denoted as ‘A’ lineage. The following genetic clades could be denoted as A.1, A.2, A.1.1, and the 2022 outbreak clade would be named B.1 as the initial descendant of the A.1.1 lineage.

The authors believe that the proposed non-discriminatory, non-stigmatizing, and neutral MPXV classification would be adopted easily and is underpinned by the WHO and the Africa CDC (African centers for disease control and prevention). The team also created a curator group in the Nextstrain database for identifying and characterizing novel lineages and sharing real-time results with scientists, the global public, and healthcare agencies.

To summarize, the adoption of a novel and neutral classification system of MPXV independent of historical MPXV geography and is similar to the Pango nomenclature for SARS-CoV-2 and the standardized GISAID nomenclature in conjunction with the Africa CDC and WHO could improve communication and provide a non-stigmatizing and non-discriminatory naming system for MPXV.

Dr. based clinical-radiological diagnosis and management of oral lesions and conditions and associated maxillofacial disorders.