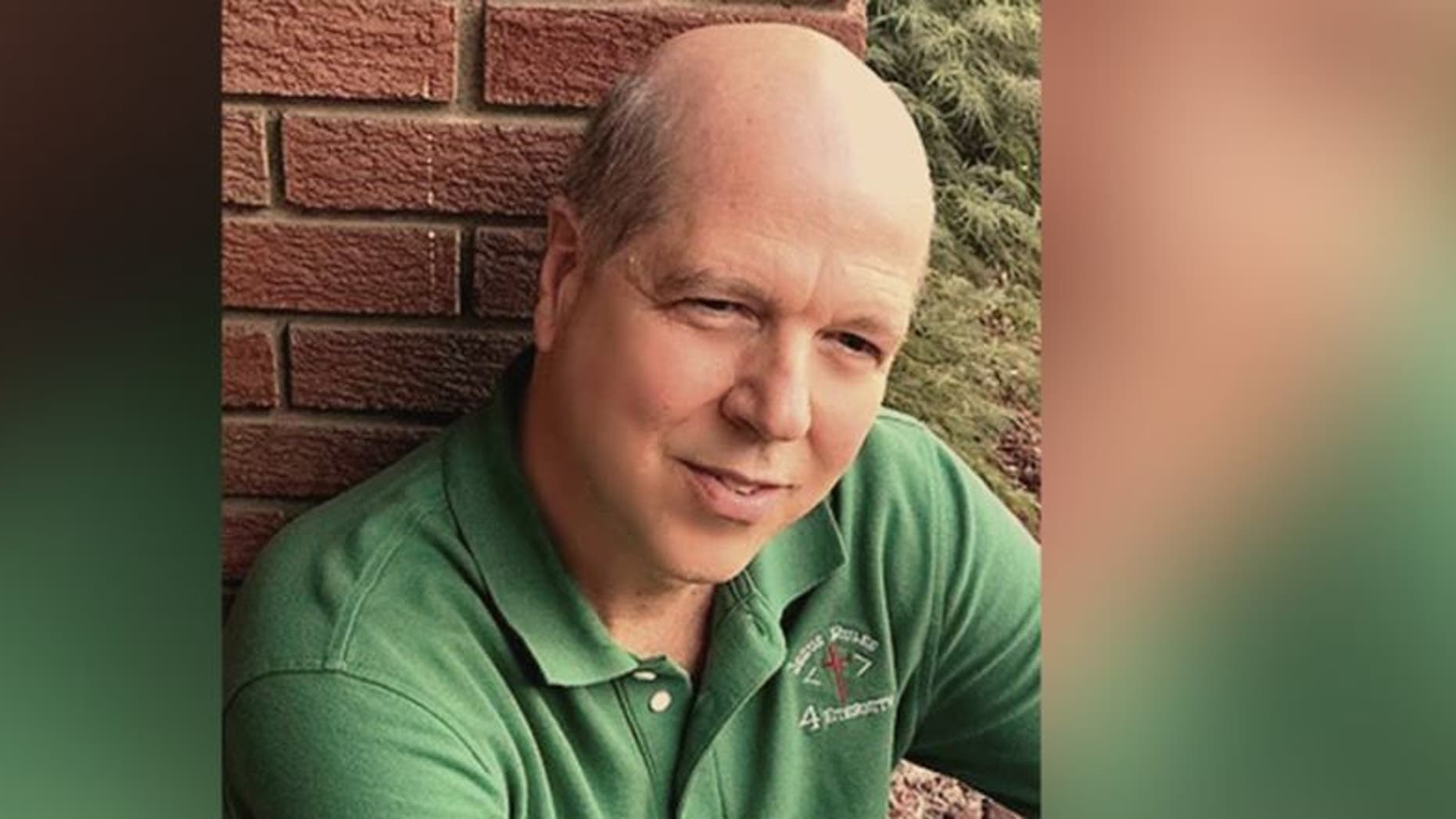 Rev. Dunn said he never lost hope that his sight would return after losing it 14 years ago.
(Valley Christian Assembly)

A West Virginia reverend said the miracle he waited 14 years for has restored his vision, enabling him to relive his daughter’s wedding through photos and videos and see the faces of his four grandchildren for the first time.

Rev. Philip Dunn, of the Valley Christian Assembly in Charleston, never left the pulpit after losing his sight to cataracts and macular degeneration and listened to the Bible on tape to prepare his services.

BANGLADESHI 'TREE MAN' REPORTEDLY BACK IN HOSPITAL WITH  MORE GROWTHS

According to the Centers for Disease Control and Prevention (CDC), cataract, which is the clouding of the eye’s lens, is a leading cause of blindness worldwide, and the leading cause of vision loss in the U.S. The condition can occur at any age, for a variety of reasons, with an estimated 20.5 million Americans aged 40 and older having cataract in one or both eyes. Dunn said he was told that the diagnosis wouldn’t bother him for a few years, but within months he was seeing black dots.

“That was the beginning of macular degeneration,” he told WCHS.

The secondary condition, also referred to as age-related macular degeneration (AMD), is associated with aging and damages sharp and central vision. According to the CDC, central vision is needed for seeing objects clearly, and for common everyday tasks. The agency estimates that the condition affects 1.8 million Americans over age 40, and said it is the leading cause of permanent impairment of reading and fine or close-up vision among people 65 and older.

“Even as my vision got worse and things got more difficult, I just, every day I woke up, I woke up with an expectation that maybe today I would get my miracle,” Dunn told WCHS.

The miracle came for Dunn in August, when he began experiencing a severe headache in his left eye. Doctors reportedly determined the pain to be a ruptured cataract. He underwent surgery to remove it, and when he removed the patch, he realized his sight had been restored.

A second surgery reportedly stored sight in his right eye as well.

Dunn said his vision loss and restoration has caused him to urge others to “celebrate every moment,” and “maximize each day.” He isn’t sure if his vision is permanent, so shortly after being able to see again he took a road trip to California in the minivan he hasn’t driven since losing his sight.

“For the last 14 years I’ve dreamed of doing it, and I didn’t realize when that was going to come and it was finally a reality,” he told WCHS.