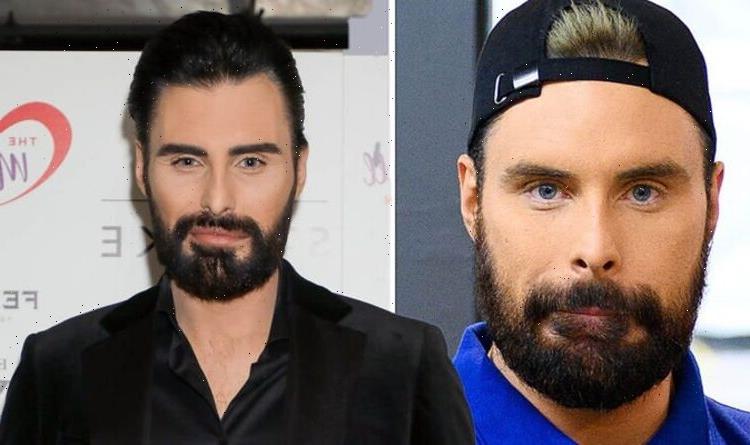 After a difficult and public divorce from former husband Dan Neal, Rylan took a four-month break from his presenting and radio duties. During that time the star said his mental health hit “crisis” levels, as did his physical health. “I’ve never in my life thought that I would go through a crisis like that,” Rylan admitted in an episode of his podcast Ry-Union. Speaking openly and honestly about his tough time, he added: “But I did, ultimately, and it literally hit me round the face like a baseball bat, because I always thought I was too strong for it.”

The star added: “Like, ‘I’m never going to let anything like that happen to me’ – but then it does and it’s really, really hard to deal with.”

In a candid interview with the Observer back in January, Rylan also addressed the physical effects he endured due to his marriage ending.

He explained that he got “quite ill” and stopped eating, worrying both his family and friends and putting his career on the line.

“I’d got to the point where I didn’t know if I wanted to come back. Or whether I would be able to do this job again,” he said.

“It got bad. Like, very bad. And I didn’t think it would get better. I needed help.

“I was having thoughts and doing things that made me… f**ked up, for want of a better word.

“I didn’t understand why I was doing that to myself. So, I went away for a bit.”

After seeking help and vowing to get healthy again, Rylan started to use exercise as his “therapy” which helped him to gain weight.

Yet shortly after the Observer interview, the 33-year-old worried fans, posting a picture of himself on Instagram with an IV attached to his arm.

Clearly in hospital, Rylan wrote the following statement alongside the image: “Finally home after an extended trip to Costa del hospital. Slowly on the mend. Won’t be on the wireless tomorrow. Resting up. Be back soon.”

The image came a few days after Ryland tweeted: “Gone and got the flu (not surprised) been in bed for a couple of days.

“Have lat [sic] tested and not Covid thankfully but won’t be able to go on the wireless tomorrow. Be back soon.”

After a worrying time, Rylan returned to his day job and hosted BBC’s The One Show where co-presenter Alex Jones asked how he had been.

Rylan responded: “You know me, I just love a little drama. I’m good now, thank you, I had a little bit of a dodgy time but I’m good.”

Although no official comment has been made as to why Rylan was in hospital, it is known that he had the flu shortly beforehand, which can develop extremely quickly and cause some nasty symptoms.

The NHS explains that flu symptoms can include:

Currently, the NHS are also advising that individuals who develop a high temperature, a new, continuous cough or a loss or change to their sense of smell or taste do a COVID-19 test, as this could be a sign of the virus.

Typically flu gets better with time, but getting plenty of rest and sleep, keeping warm and taking paracetamol and ibuprofen to lower temperatures and treat aches and pains can help to speed up the recovery process.

In some cases, the flu can have complications such as pneumonia – a potentially life-threatening infection. Sinus and ear infections are examples of moderate complications from flu, while pneumonia is a serious flu complication that can result from either flu virus infection alone or from co-infection of flu virus and bacteria.

Those who are at high risk of developing serious flu-related complications such as over 65 year olds, people with chronic medical conditions and pregnant people are advised to get an annual flu jab to protect themselves.