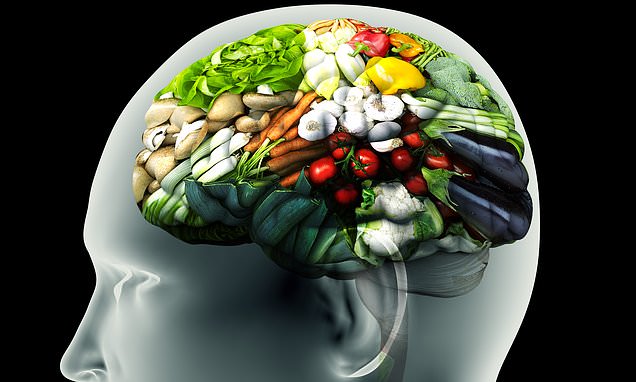 Scientists have discovered the brain region that they believe acts a control center to tell us whether or not we are hungry.

Manipulating the activity in this area of the brain may allow doctors to help patients recover their appetites if they are sick or anorexic or switch appetite ‘off’ for people who are over-eating.

University of Arizona researchers discovered that a portion of the brain’s emotional center, the amygdala, calls the shots over our appetite.

Although they made their discovery in mice, the scientists believe that they may someday be able to turn ‘off’ neurons that suppress appetite to help people with anorexia eat and turn them ‘on’ to help those with obesity curb their appetites. 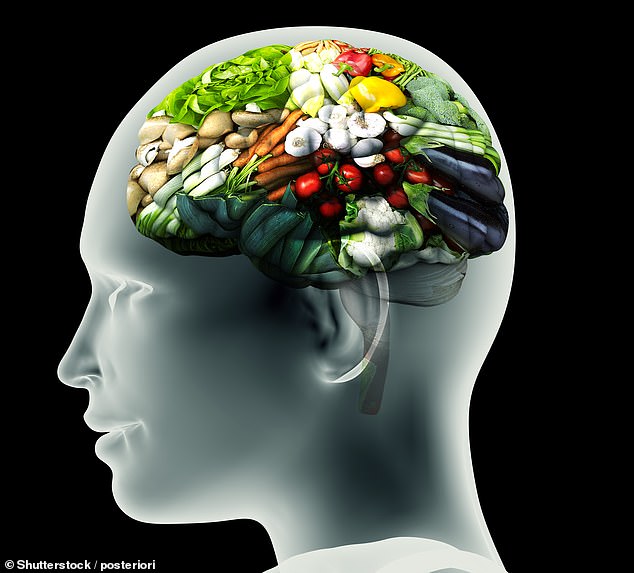 Food on the brain: Scientists have discovered a group of neurons in mice’s brains’ emotional center that they can turn ‘off’ or ‘on’ to control appetite, their study suggests

Eating is such a basic activity, common – in some form or other – to all organisms, and yet there’s so much we’re still learning about appetite, metabolism and weight differences.

And how eating becomes disordered is a complex interplay between how our brains take in sensory information and how our digestive systems process food.

An estimated 70 million people around the world suffer from one or more eating disorders.

Disordered eating is inclusive of over-eating, under-eating and bulimia and, although its diagnosed much more frequently in women, if affects all genders.

Even those who don’t have a diagnosable eating disorder can certainly have an appetite issue or unhealthy relationship with food.

Although genetic and environmental factors come into play, overeating is considered a major driver of obesity.

A region of the brain called the hypothalamus secretes hormones that help regulate basic needs like our hunger, thirst, and need for sleep.

But we also eat emotionally, and the University of Arizona scientists wanted to find the part of the brain that controls our emotional appetites, and whether it could be used to moderate eating habits.

Certain illnesses, treatments and circumstances can make someone under-eat as well, so the scientists started by examining neural circuits in anorexic mice.

They found that many brain regions are ‘talking’ to one another to communicate appetite, or quash it, but one brain set of neurons in the amygdala, the emotional center of the brain, seemed to be orchestrating all that communication.

If they turned the neurons for appetite suppression ‘off,’ the anorexic animals would get hungry.

‘By silencing the neurons within the circuit, we can effectively block feeding suppression caused by inflammation to make patients eat more,’ explained Dr Haijing Cai, said study co-author and University of Arizona neuroscientist.

‘We used anorexia for simplification, but for people with obesity, we can activate those neurons to help them eat less.

‘That’s the potential impact of this kind of study.’

Using a technique called chemogenetic silencing, they can non-invasively keep these neurons from firing inappropriately to tell anorexic animals (or, perhaps people) that they’re full.

But the same token, they could use similar chemicals to tell these neurons to fire, putting the brakes on food desire to block over-eating.

Although it was conducted in mice, the researchers plan to show the same hunger and appetite pathways in the human mind, and believe they may be able to target them to help people boost or curb their appetites.