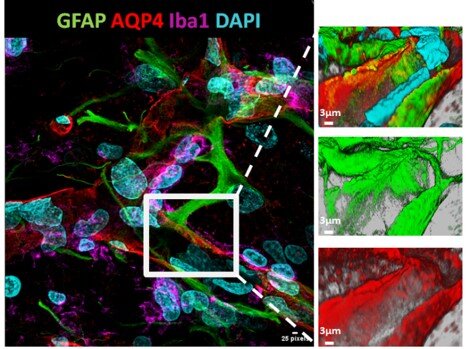 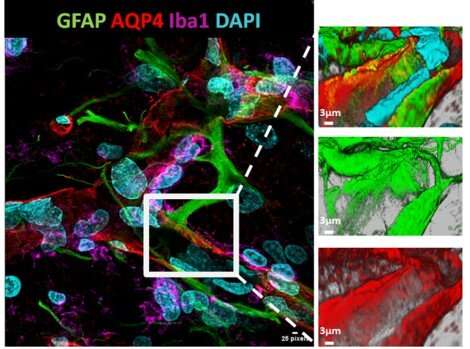 Stroke is one of the main causes of death in economically developed countries. The most common form of stroke is ischemic stroke, which happens when a blockage in one of the cerebral arteries restricts blood flow to the brain.

There are currently few treatment options available for the consequences of stroke, one of the most severe of which is neuronal death, caused by the lack of oxygen during the arterial blockade and the inflammation that follows the restoration of blood flow. The damage caused by these events is responsible for much of the long-term ill-health and incapacity experienced by stroke survivors.

Now, the group led by Dr. Borja Ibáñez—Clinical Research Director at the CNIC, cardiologist at Hospital Universitario Fundación Jiménez Díaz, and CIBERCV group leader—has demonstrated in a rat model that treatment with metoprolol protects the brain during a stroke and greatly reduces the severity of its long-term consequences. Rats that received intravenous metoprolol during the course of a stroke had less cerebral inflammation and neuronal death and better long-term improvement in neuromotor capacities.

“This animal study beats the path to clinical trials of the utility of metoprolol in patients with ischemic stroke, a treatment that could reduce neurological deficit in stroke survivors and associated health care costs,” said Dr. Ibáñez, adding that the repurposing of “old” drugs to treat new diseases “is one of the most beneficial lines of research for health systems and for patients.”

Dr. Ibáñez’s group has accumulated more than 10 years’ experience investigating the properties of metoprolol, a beta-blocker that has been used to treat hypertension and arrhythmias for more than 40 years.

They first showed that metoprolol is beneficial in patients suffering a heart attack. The “eureka moment” came when the group discovered that metoprolol protects the heart during an infarction by inhibiting the exacerbated inflammatory response triggered by immune cells called neutrophils.

“When we discovered this mechanism of action, we thought it might also apply to other conditions in which neutrophil hyperactivation plays an important role,” said Dr. Ibañez.

Following this lead, the CNIC investigators recently demonstrated that metoprolol reduces the exacerbated inflammation seen in patients with severe COVID-19. 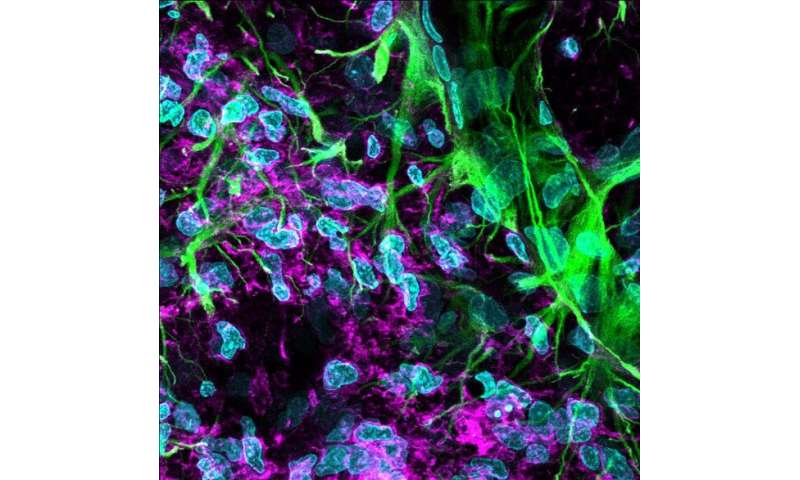 “Metoprolol, in addition to blocking the hyperactivation of proinflammatory neutrophils, appears to selectively promote the reparatory activity of the population of antiinflammatory neutrophils, resulting in notable improvements in the affected area,” explained CNIC predoctoral researcher Agustín Clemente-Moragón, a joint-first author on the study.

Study co-first author Eduardo Oliver explained that “testing the possible benefit of metoprolol in stroke was a goal we had been pursuing for some time, since neuroinflammation is known to play a central role in stroke-related injury.” Oliver, after a long stint at the CNIC, is now a Ramón y Cajal fellow leading his own research group at the Margarita Salas Center for Biological Research, part of the Spanish National Research Council (CSIC).

The new study includes highly sophisticated brain imaging analysis, which was led by joint-lead author Dr. Manuel Desco. Desco, who combines roles as Director of the CNIC Advanced Imaging Unit, full professor at the Universidad Carlos III de Madrid, and group leader at the Gregorio Marañón Health Research Institute, also coordinates the Madrid Nanomedicine in Molecular Imaging Network (RENIM), a role that allowed him to coordinate many of the experiments in the present study.

CNIC General Director Dr. Valentín Fuster, another study coauthor, noted that “this study exemplifies an important new research initiative at the CNIC: the study of the impact of cardiovascular disease and its risk factors on other organs, such as the brain.”

As part of this initiative, the CNIC has launched a program of research into “Cardiovascular risk factors and brain function”, directed by neuroscientist María Angeles Moro, who also participated in the current study.