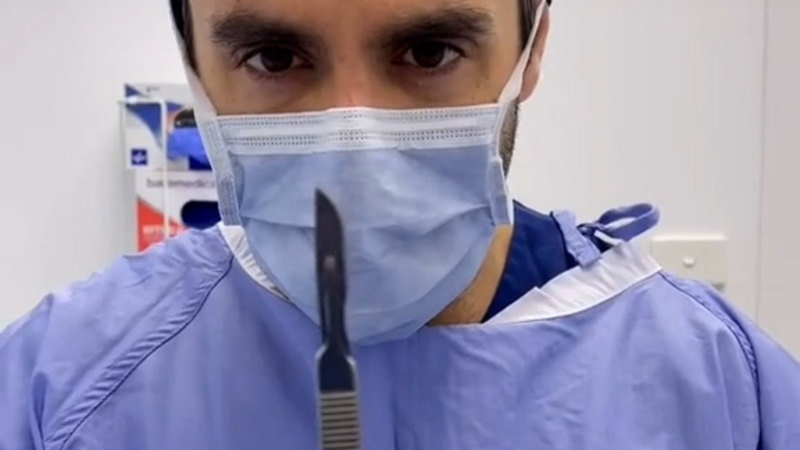 A confidential briefing organised by the national health regulator days before the release of a report into the $1.4 billion cosmetic surgery industry has deteriorated into a slanging match, with the regulator accusing doctors of failing to report patient harm and a medical practitioner calling for regulators to resign.

The report into the sector, to be released on Thursday, will outline 16 recommendations, including the creation of a cosmetic surgery enforcement unit inside the Australian Health Practitioner Regulation Agency (AHPRA), a confidential cosmetic surgery hotline and an endorsement pathway for cosmetic surgery training, it was revealed.

There is also a proposal to create a complaints committee, which Anne Tonkin, the chair of the Medical Board – one of 15 boards that AHPRA oversees – admitted had only been decided a week ago. This timing coincides with the latest joint media investigation by The Sydney Morning Herald, The Age and 60 Minutes which exposed wrongdoing in the sector and outlined how the regulator was failing to keep patients safe. 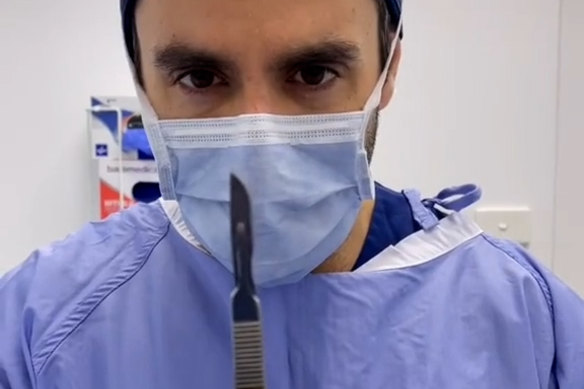 Dr Daniel Aronov was hugely popular on TikTok before his videos were removed.Credit:TikTok

The secret briefing on Monday, organised by AHPRA for health experts and industry insiders, was told the cosmetic surgery industry was different to other parts of the medical industry because it had a unique mix of money and vulnerability.

“Some appear to place profit over patient safety,” participants were told by Tonkin.

She said one issue was a weak safety and reporting culture among doctors and if the regulator could turn the tide on the significant under-reporting of patient harm, regulators would act more quickly to keep patients safe.

“We need to find out about these guys before they end up on 60 Minutes so we have a chance to do something about them,” she said.

This, and a recommendation to introduce grandfathering arrangements to allow cosmetic surgeons who are not currently qualified surgeons to continue to practice, raised the ire of at least one participant, who revealed the details of the meeting.

Professor Mark Ashton was one of the more vocal critics at the briefing. Ashton, who was not the source of the leak, was contacted for comment but said he was bound by confidentiality and couldn’t comment apart from saying he was “profoundly disappointed” by the recommendations.

Dr Robert Sheen, president of the Australasian Society of Aesthetic Plastic Surgeons, who also wasn’t the source of the leak, said in a statement after the briefing, it had become clear meaningful reform that protects patients was not going to come without a leadership change at AHPRA and the medical board. “Is AHPRA now complicit in patient harm? They must go,” he said.

“AHPRA CEO Martin Fletcher, and chair of the Medical Board of Australia Anne Tonkin have presided over a culture that has tolerated a lack of accountability and responsibility for the dangerous situation that has been allowed to thrive in Australia, with breach after breach of medical and practitioner conduct,” Sheen said.

“Expressing concern that patient harm was made known to the media before it was known to them, confirms what we have known all along. We have seen that formal complaints that are made are ignored or are allowed to sit in a drawer for an indefinite period of time, until there is public scrutiny via the media. And perhaps negative media coverage is of greater concern than acting to protect patients and allow victims to be heard,” Sheen said.

“If patients were to hear the comments made at today’s briefing by the heads of AHPRA and the medical board, they would be appalled,” he said. “Patients have already been abandoned by the nation’s health regulator and its lack of regulation. And now we see a disdain for their wellbeing and a desire to further weaken rules, and at best to maintain the current mess,” he said.

“For Anne Tonkin to say ‘if only life were so simple’ and that changing the national law would take at least five years, it shows a dire lack of understanding of the power available to AHPRA and the government, and a shocking lack of care at the severity of this problem,” he said.

He said the proposal to create a new endorsement body would create a new breed of AHPRA-endorsed cosmetic cowboys, and patients would be even more confused than they are now.

“How many patients are they willing to see thrown into turmoil and put at risk while they continue to waste time with non-solutions?”

According to the confidential source, one participant told Fletcher and Tonkin: “When we report them [cosmetic cowboys] … there is no [real] penalty for these guys.”

Tonkin disagreed and said cosmetic surgeons who had been allowed to continue practising as a GP “have clearly been able to express remorse, point out what they are going to do differently, they are working under supervision and do behave as a GP. People can reform,” she said.

“We don’t take unnecessarily punitive action against practitioners … part of our remit is to take action that will protect the public and that is our core focus,” she said.

The chair of the inquiry into cosmetic surgery Andrew Brown said the endorsement process being considered by the review would add a “significant level of transparency” to the market and go a long way to address consumer confusion over titles such as cosmetic surgeon and practitioner qualifications.

“If an endorsement is established, consumers will be able to clearly see whether a practitioner has undertaken appropriate training in the area of cosmetic surgery as it will be on the public register,” he said.

Thursday’s report follows a series of investigations by The Sydney Morning Herald, The Age and 60 Minutes into disturbing practices across the industry, including hygiene and safety problems and patients left deformed, and in some cases almost dying.

This masthead revealed that Dr Reza Ahmadi, who worked at Cosmos Clinic in Melbourne until February this year, was banned in April from doing cosmetic surgery but was allowed to practise as a GP. At least eight women were hospitalised after surgery by Ahmadi, including Keisha Amoah, whose liver had been liposucked 17 times. Ahmadi is also being investigated by the Victorian Department of Health in relation to his potential role in relation to scores of patients who underwent cosmetic surgery during lockdown, which is a breach of a public health order that banned cosmetic surgery during lockdown.

On November 29 last year, AHPRA banned Dr Daniel Aronov from performing all types of cosmetic surgery and ordered him to remove any social media posts that related to surgery after this masthead’s investigation in October.

It allowed him to continue to work as a GP if overseen by an AHPRA-approved supervisor.

This decision came a month after we exposed safety and hygiene issues at the Lanzer clinics, where Aronov practised, and 10 days after he performed a tummy tuck and liposuction on 42-year-old Tina Lombardo, who nearly died and is now the lead plaintiff in a class action against the Lanzer group.

An AHPRA spokesperson said it was “deeply disappointed that someone has broken their commitment and breached the terms and the spirit of a confidential briefing designed to inform the College of Surgeons ahead of the public release of the report”.

The Morning Edition newsletter is our guide to the day’s most important and interesting stories, analysis and insights. Sign up here.