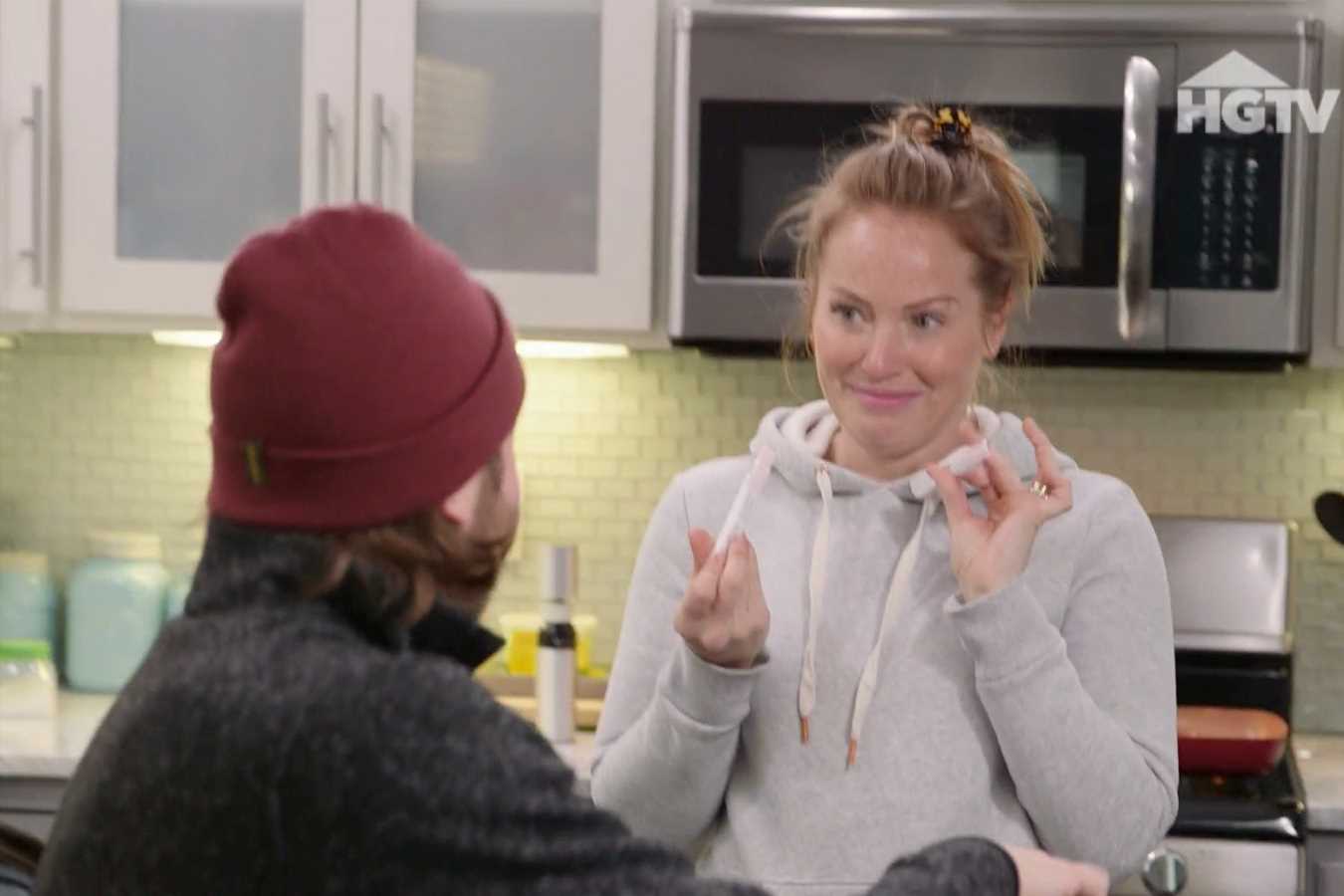 Before Mina Starsiak told her husband Steve Hawk she was pregnant, she tried to distract him — with breakfast!

In an exclusive clip from Mina’s Forever Home special, which premieres Tuesday, June 4, on HGTV, Starsiak approaches her husband in their kitchen to discuss the home they’re building together over eggs, bacon and toast.

“We’re getting pretty far along in the build, so I want to make sure Steve and I are on the same page with the house,” Starsiak says in a clip (above). “So I’m going to butter him up with some bacon.”

“What I’m really trying to do is throw him off the scent and I have a really special surprise,” she continues.

While sitting in the kitchen, the Good Bones star starts by telling her husband how important their new house will be to their relationship, as this will be the first house they’ve looked at together.

RELATED: The Property Brothers’ New Show Forever Home Will Have ‘More Heart’: ‘We Love What We Do’

“I think it’ll be nice because you moved in here with me. It was my house,” Starsiak says. “I am sure it feels to you a lot of the time like you are living in my world. So I think it will be nice to do something together.”

Then, she tells Hawk she has a present for him for the house, and hands him a small tan box with polka dots on it that’s tied up with a white ribbon. When he opens it, he sees two baby slippers inside, and his wife is standing there holding two positive pregnancy tests.

Immediately, Hawk breaks down in tears.

“Aw, baby,” Starsiak says as she gives him a hug. “You’re happy, right?” He nods his head, and wipes the tears from his eyes before giving her a kiss and telling her he loves her.

Starsiak gave birth to their son Jack in August 2018, but on her new HGTV special, viewers will get a behind-the-scenes look at her starting a family, and building her forever home.