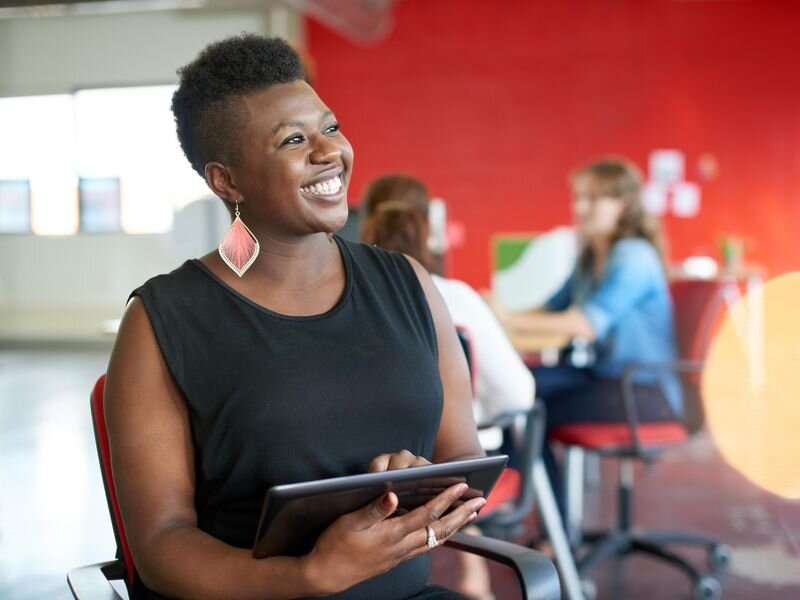 Women who are their own bosses might have healthier hearts to show for it, a new study suggests.

The study, of more than 4,600 working U.S. women, found that those who were self-employed typically got more exercise and were less likely to be obese or have high blood pressure or diabetes — major risk factors for heart disease.

The findings do not prove that self-employment leads to better health, experts said. But they do raise the question of whether certain aspects of self-employment can do a woman’s heart good, said senior researcher Dr. Kimberly Narain.

That kind of work structure, she said, may allow women more freedom in shaping their workdays—to, for instance, fit in some exercise.

And while not all women can or want to be their own boss, Narain said it may be possible for employers to apply some positive elements of self-employment to the traditional workplace.

Flexibility in the daily schedule would be one example, according to Narain, a physician with the University of California, Los Angeles Women’s Health Center.

“Heart disease is the No. 1 killer of women, which is something a lot of people are not aware of,” she said.

And along with the traditional risk factors for heart disease, there are also “non-traditional” contributors, Narain said—such as depression and chronic stress.

Given how much time people spend on the job, she said, it’s important to understand how the work environment can support people in leading a healthy lifestyle.

“I’m interested in thinking about how we can change structures,” Narain said, “rather than telling women to change.”

The findings, published recently in the journal BMC Women’s Health, are based on a 2016 health survey of U.S. adults. It included 4,624 women who were employed: 16% were self-employed, while the rest said they worked for someone else.

It’s difficult, though, to answer the chicken-and-egg question, said Yana Rodgers, faculty director of the Center for Women and Work at Rutgers University in Piscataway, N.J.

Women who are able to freelance or be entrepreneurs are likely to be more affluent or have advantages that other women may not, said Rodgers, who was not involved in the study.

Narain’s team accounted for the differences that they could, including education level and marital status. They also factored in access to health care: Health insurance is expensive, and some self-employed women might forgo it, Narain said.

That means they may not have conditions like high blood pressure or diabetes diagnosed. It also means that self-employment might not be a realistic option for women who already have chronic health issues or less financial stability.

It turned out that self-employed women in the study were, in fact, more likely to be uninsured: 9% were, vs 5% of other women. But that did not account for the differences in their health.

Self-employed women were still 30% to 43% less likely to have high blood pressure or diabetes, and were 68% more likely to be exercising at least twice a week.

The researchers were not able to account for household income, however, and Rodgers said she thinks that could be a key factor. When the family income is high and stable, women may be in a better place to launch their own business.

Even if that is the case, though, Rodgers agreed that self-employment may well have health-supporting perks: Women who are their own bosses may work a lot, but they also probably have more autonomy over when and where they work.

“I think employers should pay attention to findings like these,” Rodgers said. “They could consider opportunities for more autonomy and flexibility in scheduling.”

Even fairly simple shifts, she added—like “walk-and-talk” meetings, instead of the traditional sit-down version—could help employees fit more exercise into the day.