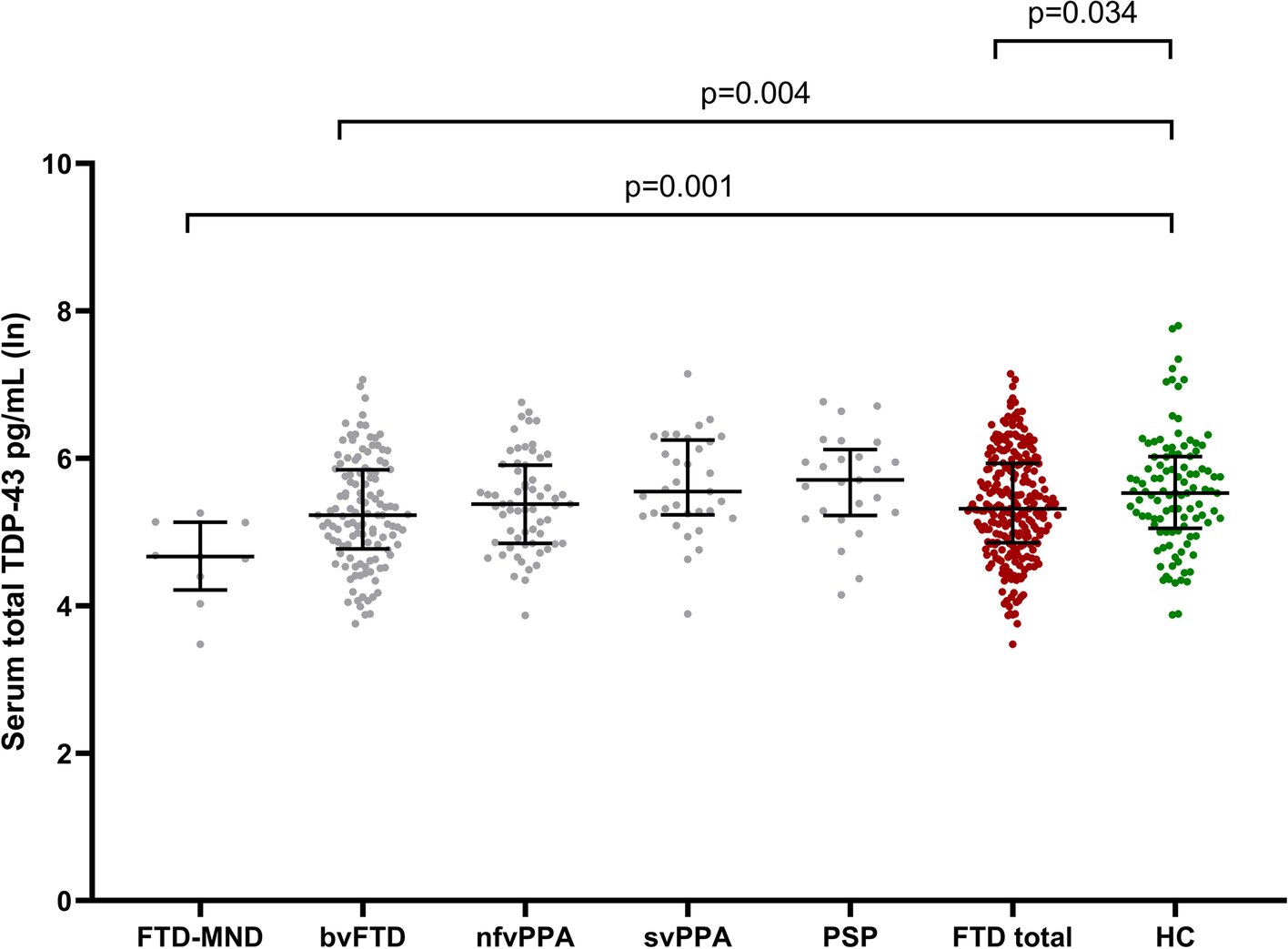 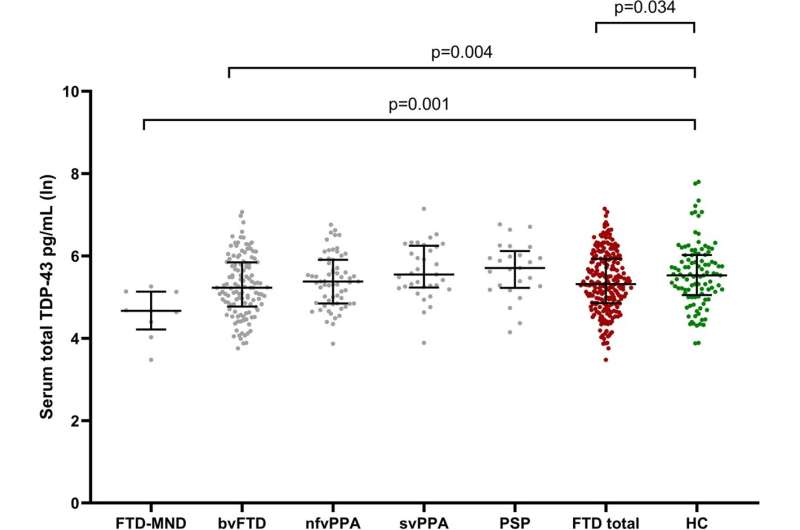 Frontotemporal dementia (FTD) is one of the most common causes of progressive dementia in working-age people. However, making a diagnosis and a prognosis is often challenging because the frontotemporal dementia spectrum includes several subtypes that differ in terms of symptoms, genetics and neuropathology, i.e., changes in the brain associated with the disease.

Typically, proteins accumulating in the brain of patients with FTD and harming their neurons are either TDP-43 or tau proteins. Understanding the neuropathological changes in patients already at the diagnostic stage would be particularly helpful in terms of assessing their prognosis and possible future treatments.

A recent study from the University of Eastern Finland, the University of Oulu and the University of Brescia in Italy sought to identify FTD patients with TDP-43 accumulation from a large patient cohort, which included all of the most common subtypes of the disease. TDP-43 levels were measured from patients’ blood samples using a sensitive single-molecule array (Simoa) technology.

The researchers found that serum TDP-43 levels were considerably lower in patients carrying the C9orf72 repeat expansion or with motoneuron disease. Previous studies have shown that these patients typically accumulate the TDP-43 protein in their brain. Lower levels of TDP-43 were not observed in carriers of MAPT mutations, who typically have tau accumulation in their brain.

“Our current diagnostic methods are not sensitive or accurate enough to differentiate patients with TDP-43 neuropathology from other frontotemporal dementia patients. However, this study shows that TDP-43 is a potentially useful biomarker for this purpose, if more specific and sensitive analysis methods can be developed,” says Postdoctoral Researcher and co-lead author Kasper Katisko, MD, Ph.D., of the University of Eastern Finland.

In the future, it is likely that a simple blood sample can be used to differentiate between the actual neuropathological subtypes of frontotemporal dementia and other forms of dementia, too. This will make differential diagnostics increasingly rapid and accurate, enabling the development of patient-specific interventions affecting disease progression.