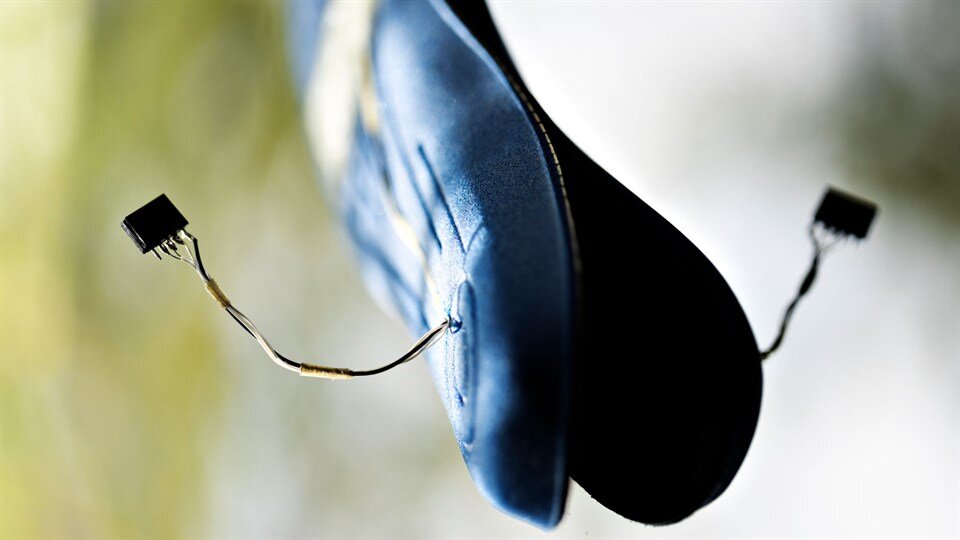 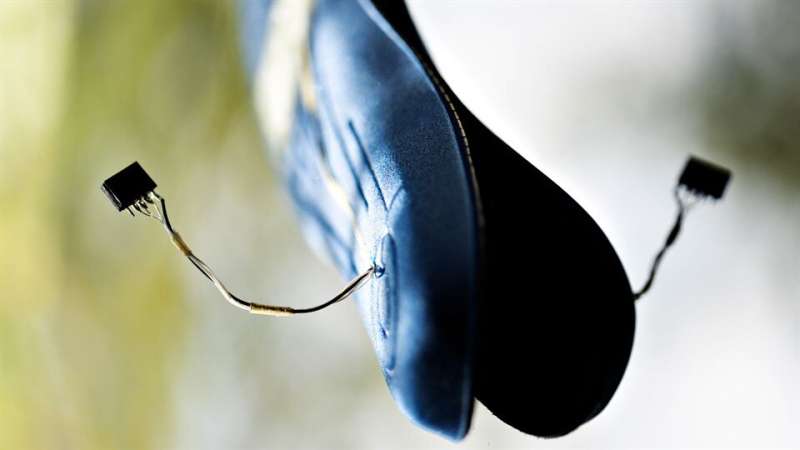 Cycling is a great way to stay in shape. You get outdoors with plenty of fresh air, and it is an easy and gentle way to improve your fitness and circulation and strengthen your heart and muscles.

Once you have made the decision to invest in a new bike, a helmet, and a Lycra outfit, the next step is to find out how to train. Knowing how hard you are pedaling is very useful in tracking your progress.

That is why a power meter is a superb training tool and an great gadget for any cycling enthusiast. Unlike a heart rate monitor, a power meter tells you exactly how much power you are putting into the pedals each second. This makes it easy to optimize your training and track your weekly progress.

A group of researchers from DTU Health Tech has developed a simple pressure sensor that can be used in a power meter and is much cheaper than those already on the market. The power meter is placed inside a sole that the cyclist simply puts into their cycling shoe.

The prototype sole has three built-in sensors installed at the forefoot, where cyclists apply the pressure. The sensors are connected to electronic equipment that is also built into the sole and uses Bluetooth to send the data to a bicycle computer or a smartphone mounted on the handlebars. The power is measured in watts based on the pressure exerted by the rider, so they can continuously see how many watts they are pushing into the pedals.

“We’ve invented a pressure gauge that is bendable and stretchy. It’s made of silk, which in addition to being sustainable and eco friendly is a very strong and flexible material,” says Alireza Dolatshahi-Pirouz, Associate Professor at DTU.

“The conductivity of silk depends on how much it’s stretched or compressed. Therefore, the silk sensor can be used to measure pressure, and then you can also find out how many watts a cyclist is creating.”

The sensor is based on a film of silk proteins extracted from silk cocoons spun by silkworms. Natural silk consists of two different proteins, sericin and fibroin, and the DTU researchers separate the two proteins, using only fibroin to produce the sensors.

When the silk film is compressed, electrodes on either side of it are moved slightly closer to each other, causing a reduction in the electrical resistance enabling a weak electric current to pass through the silk a little more easily. Measuring the resistance of the silk film is fairly straightforward, and it reveals the pressure so that the power can be calculated.

However, silk is a rather poor conductor, so the researchers have improved the material by adding so-called nanoclay—tiny clay plates only one millionth of a millimeter wide. Nanoclay gives improves the silk film’s conductivity while also making it even stronger and more flexible.

The idea of using the patented silk sensor as a power meter in a sole for cycling shoes came from Peter Ottesen, who in addition to being an innovation partner at the innovation hub DTU Skylab is now also the CEO of the spin-out e-Sole, which will commercialize the power meter sole.

“I heard about the pressure sensor from DTU, and then I got the idea of using it to measure power when cycling. I’m a very active cyclist myself, and I know that a power meter for a bike costs between 2,500 and 10,000 Danish kroner,” says Peter Ottesen and continues:

The power meters currently available are based on small built-in stretch sensors in the pedals, crank arm, or crank set of a bicycle. The sensors measure deformations in the metal in order to calculate that the pressure and thus the power of the rider’s steps in watts. The stretch sensors themselves are not very expensive, but they need to be installed with great precision, which is why the price is so high.

The e-Sole team is currently working on finding the best design for the intelligent sole, and they are still in the process of testing the silk-based pressure sensors. They already know that the sole is just as accurate as the power meters already on the market, but they also want to make sure that the pressure sensors can withstand several years of use, says Alireza Dolatshahi-Pirouz:

“We’ve already compressed the sensor 10,000 times, and it still works perfectly. We need to do more than one million test compressions before we put the sole on the market.”

Tour de France requires more than 400,000 steps on the pedals, and although few cyclists take on such extreme challenges, they still end up doing many steps over a year. The power meter sole needs to be capable of withstanding this.

If everything goes according to plan, the intelligent sole will launch in connection with a crowdfunding project early next year. In the long term, the power meter soles could also be used by runners and skiers who also want to track their progress, or by athletes who need to be careful with their pressure when they are recovering from an injury.

How the sole works

The power meters currently available are installed in the pedals, crank arm, or crank set of a bicycle, the new e-Sole power meter can be used without having to disassemble the bike. The sole follows the cyclist instead of the bike.