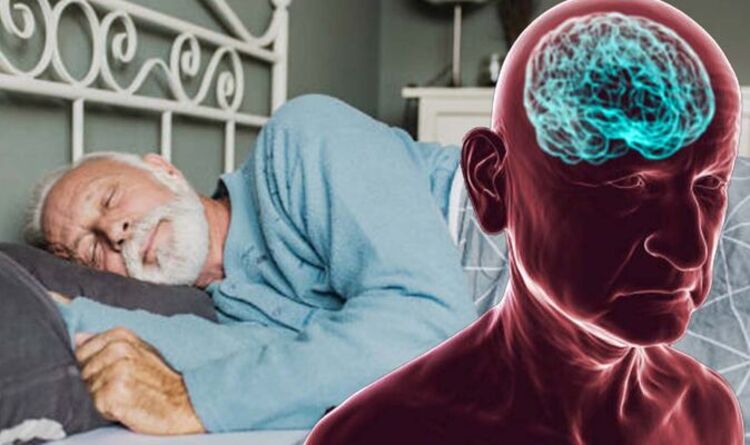 Dementia: Dr Sara on benefits of being in nature

Early diagnosis means its progression can be slowed down in some cases, so it is important to spot the signs early. One in 14 people over the age of 65 have dementia, and the condition affects one in six people over 80. The number of people with dementia is increasing, likely because people are living longer. By 2025, Dementia UK reports more than one million people will be living with dementia in the UK.

It notes that The Framingham Heart Study is a large population study that has been following a group of people and their children since 1948.

Researchers have looked at the existing data to understand how sleep could be linked with dementia.

AR says: “They looked at the self-reported sleep duration of 2,457 people in the study, to see whether variation in how long people sleep for was associated with variation in the risk of developing dementia.”

The organisation adds: “The researchers looked back at how many hours of sleep participants thought they had in a day and how this changed between two points, 13 years apart.

“Ten years after these sleep assessments, the researchers looked to see who had developed dementia. Over the 10 years of follow up, 234 people in the study developed dementia, of which 181 were diagnosed with Alzheimer’s disease.”

They found that sleeping over nine hours a day was associated with an increased risk of developing dementia compared to sleeping under nine hours.

The Alzheimer’s Society (AS) says that though people with dementia often have issues with sleep with their memory seemingly worse after a bad night, “the evidence is unclear on whether poor sleep is a risk factor for dementia”.

The charity explains: “Different types of dementia are associated with different sleep problems.

“Researchers are also not yet sure which way the interaction goes – whether poor sleep causes or exacerbates dementia or if dementia leads to poor sleep.

“Some researchers believe that both of these theories could be true, and the relationship could be circular.”

The NHS says that dementia symptoms may also include problems with language, such as using words incorrectly, or trouble speaking, as well as movement and difficulties doing daily activities.

It explains: “The symptoms of dementia usually become worse over time. In the late stage of dementia, people will not be able to take care of themselves and may lose their ability to communicate.”

The Alzheimer’s Society notes that mid-life – from your 40s into your early 60s – is a good time to start taking steps to reduce your risk of developing dementia, though it is helpful to take steps at any age.

“The brain changes that cause dementia can start years or even decades before symptoms develop. If you live a healthy lifestyle now, you are reducing the chances that these brain changes will happen,” it adds.

The NHS suggests that risk factors such as hearing loss, untreated depression, loneliness or social isolation, or sitting for most of the day, may also be important.

The NHS Health Check can help find early signs and tell you if you’re at higher risk of certain health problems that can also increase your risk of dementia.

It is a free check-up of your overall health for people aged 40 to 74 who do not have heart disease, diabetes or kidney disease, and have not had a stroke, and is offered every five years