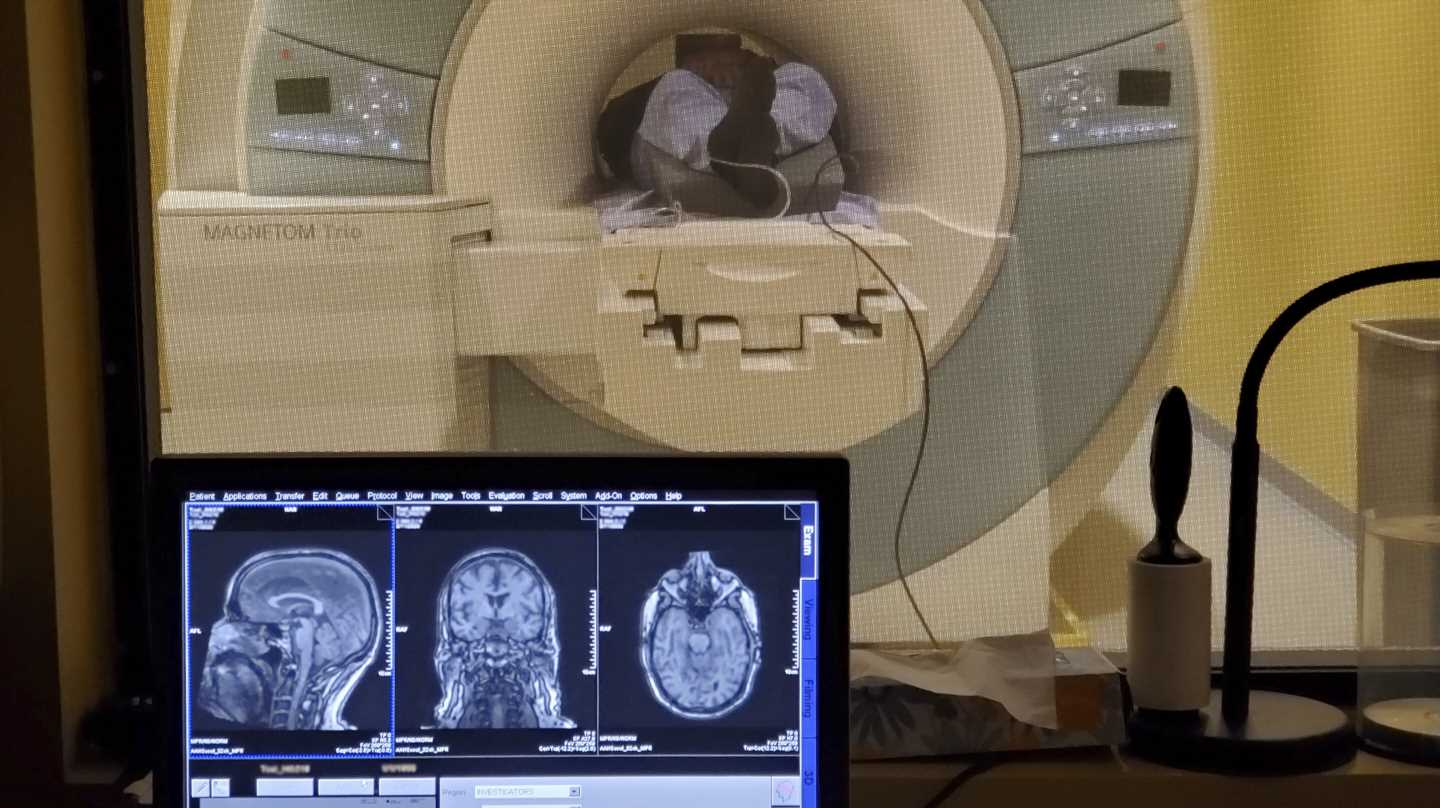 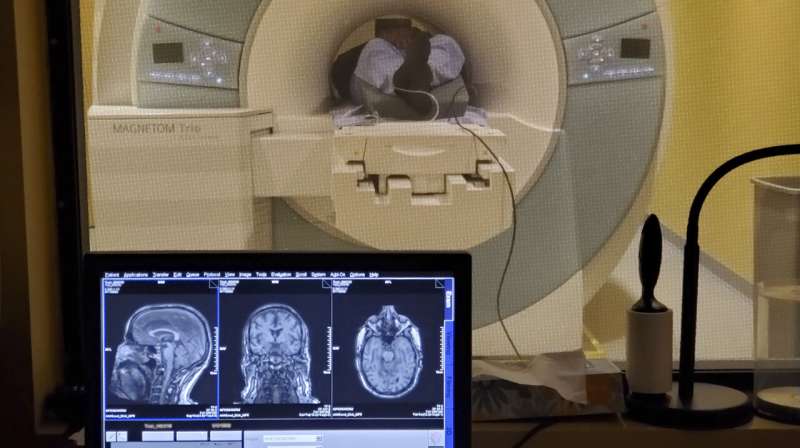 Two early stage clinical studies testing the safety and efficacy of 40Hz sensory stimulation to treat Alzheimer’s disease have found that the potential therapy was well tolerated, produced no serious adverse effects and was associated with some significant neurological and behavioral benefits among a small cohort of participants.

“In these clinical studies we were pleased to see that volunteers did not experience any safety issues and used our experimental light and sound devices in their homes consistently,” said Li-Huei Tsai, Picower Professor in the The Picower Institute for Learning and Memory at MIT and senior author of the paper describing the studies in PLOS ONE Dec. 1. “While we are also encouraged to see some significant positive effects on the brain and behavior, we are interpreting them cautiously given our study’s small sample size and brief duration. These results are not sufficient evidence of efficacy, but we believe they clearly support proceeding with more extensive study of 40Hz sensory stimulation as a potential non-invasive therapeutic for Alzheimer’s disease.”

In three studies spanning 2016-2019, Tsai’s lab discovered that exposing mice to light flickering or sound clicking at the gamma-band brain rhythm frequency of 40Hz—or employing the light and sound together—produced widespread beneficial effects. Treated mice modeling Alzheimer’s disease pathology experienced improvements in learning and memory; reduced brain atrophy, neuron and synapse loss; and showed lower levels of the hallmark Alzheimer’s proteins amyloid beta and phosphorylated tau compared to untreated controls. The stimulation appears to produce these effects by increasing the power and synchrony of the 40Hz brain rhythm, which the lab has shown profoundly affects the activity of several types of brain cells, including the brain’s vasculature.

Based on those encouraging results, Diane Chan, a neurologist at Massachusetts General Hospital and a postdoctoral clinical fellow in Tsai’s lab, led the two new clinical studies at MIT. One set of tests, a “Phase 1” study, enrolled 43 volunteers of various ages including 16 people with early stage Alzheimer’s to confirm that exposure to 40Hz light and sound was safe and test whether it increased 40Hz rhythm and synchrony after a few minutes of exposure, as measured with EEG electrodes. The study also included two patients with epilepsy at the University of Iowa who consented to having measurements taken in deeper brain structures during exposure to 40Hz sensory stimulation while undergoing epilepsy-related surgery.

The second set of tests, a “Phase 2A” pilot study, enrolled 15 people with early stage Alzheimer’s disease in a single-blinded, randomized, controlled study to receive exposure to 40Hz light and sound (or non-40Hz “sham” stimulation for experimental controls) for an hour a day for at least three months. They underwent baseline and follow-up visits including EEG measurements during stimulation, MRI scans of brain volume, and cognitive testing. The stimulation device the volunteers used in their homes (a light panel synchronized with a speaker) was equipped with video cameras to monitor device usage. Participants also wore sleep-monitoring bracelets during their participation in the trial.

The Phase 2A trial launched just before the onset of the COVID-19 pandemic in 2020, causing some participants to become unable to undergo follow ups after three months. The study therefore only reports results through a four-month period.

In the Phase 1 study, volunteers filled out a questionnaire on side effects, reporting a few minor but no major adverse effects. The most common was feeling “sleepy or drowsy.” Meanwhile, measurements taken with EEG scalp electrodes clustered at frontal and occipital sites showed significant increases in 40Hz rhythm power at each cortical site among cognitively normal younger and older participants as well as volunteers with mild Alzheimer’s. The readings also demonstrated significant increase in coherence at the 40Hz frequency between the two sites. Between the two volunteers with epilepsy, measurements showed significant increases in 40Hz power in deeper brain regions such as the gyrus rectus, amygdala, hippocampus and insula with no adverse events including seizures.

In the Phase 2A study, neither treated nor control volunteers reported serious adverse events. Both groups used their devices 90 percent of the time. The eight volunteers treated with 40Hz stimulation experienced several beneficial effects that reached statistical significance compared to the seven volunteers in the control condition. Control participants exhibited two signs of brain atrophy as expected with disease progression: reduced volume of the hippocampus and increased volume of open spaces, or ventricles. Treated patients did not experience significant changes in these measures. Treated patients also exhibited better connectivity across brain regions involved in the brain’s default mode and medial visual networks, which are related to cognition and visual processing respectively. Treated patients also exhibited more consistent sleep patterns than controls.

Neither the treatment and control groups showed any differences after just three months on most cognitive tests, but the treatment group did perform significantly better on a face-name association test, a memory task with a strong visual component. The two groups, which were evenly matched by age, gender, APOE risk gene status, and cognitive scores, differed by years of education but that difference had no relationship to the results, the researchers wrote.

“After such a short time we didn’t expect to see significant effects on cognitive measures, so it was encouraging to see that at least on face-name association the treatment group did perform significantly better,” Chan said.

In PLOS ONE, the researchers concluded: “Overall, these findings suggest that 40Hz GENUS has positive effects on AD-related pathology and symptoms and should be studied more extensively to evaluate its potential as a disease-modifying intervention for AD.”

After the study ended, all participants were permitted to continue using the devices set to provide the 40Hz stimulation.

The MIT team is now planning new clinical studies to test whether 40Hz sensory stimulation may be effective in preventing the onset of Alzheimer’s in high-risk volunteers and is launching preliminary studies to determine its therapeutic potential for Parkinson’s disease and Down syndrome. Cognito Therapeutics, an MIT spin-off company co-founded by Tsai and co-author Ed Boyden, Y. Eva Tan Professor of Neurotechnology at MIT, has launched Phase 3 trials of 40Hz sensory stimulation as an Alzheimer’s treatment using a different device.