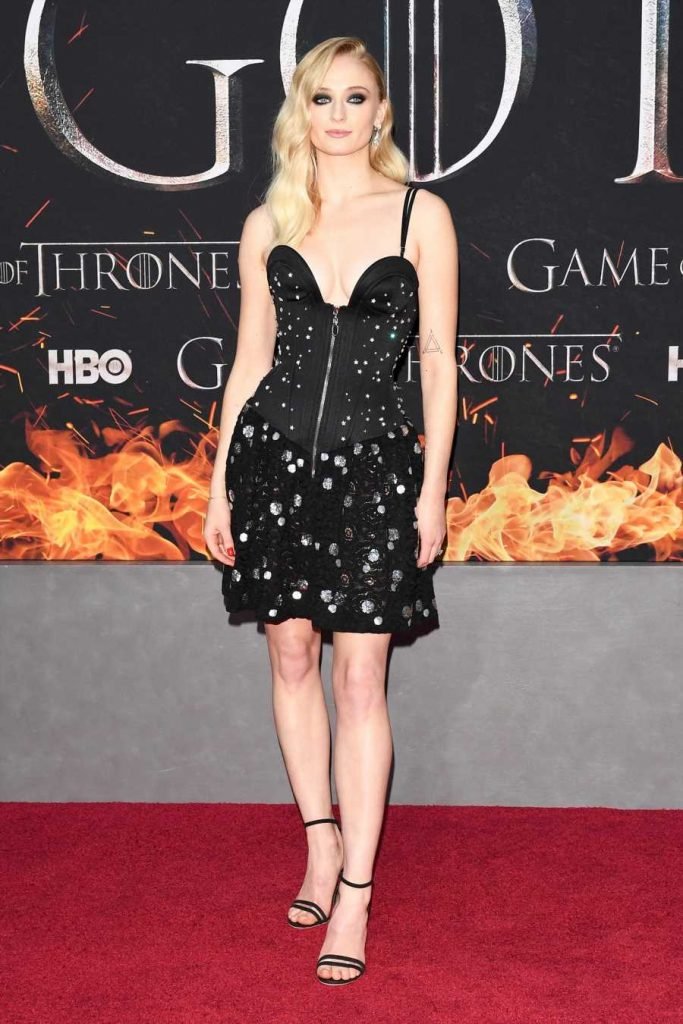 Throughout her eight years on Game of Thrones, Sophie Turner had to fight plenty of her own struggles while playing her tough-as-nails character Sansa Stark.

The 23-year-old actress said that she suffered from mental health problems while spending her teenage years on screen.

“I have experienced mental illness firsthand and I’ve seen what it can do to the people around [the sufferers] as well,” she told Marie Claire Australia for their June issue.

Turner said that her body started to change over the many years of filming.

“My metabolism suddenly decided to fall to the depths of the ocean and I started to get spotty and gain weight, and all of this was happening to me on camera,” she said.

Turner said that she dealt with criticism from fans over her body, and had film and television studios telling her to lose weight. To deal with it, she turned to therapy.

“Everyone needs a therapist, especially when people are constantly telling you you’re not good enough and you don’t look good enough,” she said. “I think it’s necessary to have someone to talk to, and to help you through that.”

Turner, who wed Joe Jonas in a surprise Las Vegas ceremony on Wednesday night, recently talked to Dr. Phil McGraw about her history of depression and the body-shaming comments.

“You see 10 great comments and you ignore them, but one negative comment and it just like, throws you off,” she said in April. “People used to write, ‘Damn, Sansa gained 10 lbs.,’ or ‘Sansa needs to lose 10 lbs.’ It was just a lot of weight comments. Or I would have spotty skin because I was a teenager and that’s normal, but I used to get a lot of comments about my skin and my weight and how I wasn’t a good actress.”

Turner said that it was affecting her ability to work.

Therapy has helped, Turner said, along with her new husband.

“I feel much better. I’ve been doing therapy at CAST centers, actually. I’m on medication,” she said. “I love myself now, or more than I used to, I think. I don’t think I loved myself at all. But I’m now with someone that makes me realize that I do have some redeeming qualities, I suppose. When someone tells you they love you every day, it makes you really think about why that is and I think it makes you love yourself a bit more. So yeah, I love myself.”