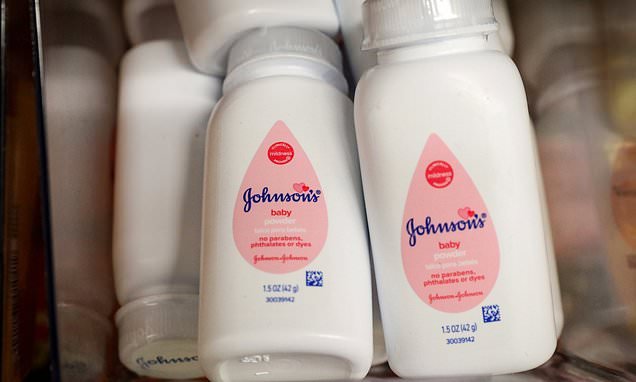 Sri Lanka has halted imports of Johnson & Johnson Baby Powder until the company proves its product is free from cancer-causing asbestos.

Existing stocks of the product in stores across the Asian nation can still be sold but there will be no new imports of the talc.

Two government officials and the product’s local distributor told Reuters they are waiting on test results before the decision will be overturned. 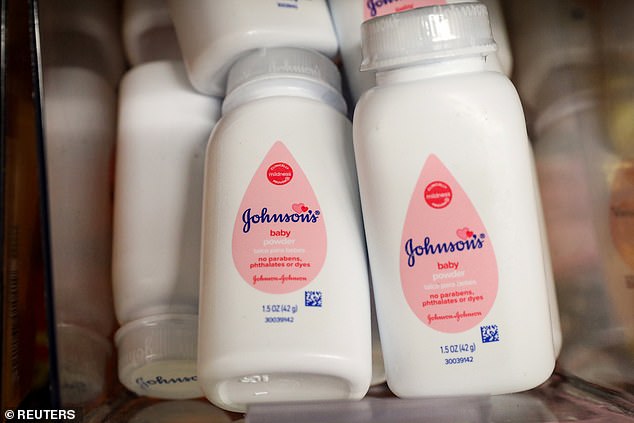 Stocks of the product already in Sri Lanka can still be sold, but there will be no new imports

On December 14, Reuters reported Johnson & Johnson knew for decades that asbestos lurked in its Baby Powder.

The report was based on thousands of pages of company memos, internal reports and other confidential documents.

J&J failed to report the results of three tests by three different labs from 1972-to-1975 that found asbestos in its talc to the US Food and Drug Administration.

But it was enough to prompt several countries, including India, to carry out tests to determine if the cancer-causing chemical was in the popular talc.

‘We have held their re-registration and informed the distributor to submit quality reports from an accredited laboratory to ensure there is no asbestos in their products,’ Mr Jayasinghe said.

The license for A.Baur & Co to import the product expired in December, according to an anonymous person at the NMRA.

The majority of the cases are based on claims that the company failed to warn women about the risk of developing ovarian cancer by using its products for feminine hygiene.

In the past two years Johnson & Johnson has been found liable in at least seven lawsuits related to its talcum powder products.

In August, an Alabama woman who claimed the products gave her ovarian cancer was awarded $72 million (£54m).

In a similar case in November a California woman was awarded $417 million (£314m) but a judge later reversed the ruling in favor of Johnson & Johnson.

In five trials in Missouri, juries found the company liable four times and awarded the plaintiffs a total of $307 million (£231m).

Johnson & Johnson is seeking to reverse those verdicts.

Shalutha Perera – head of consumer for A.Baur – told Reuters the firm has informed J&J in India of the suspension of the licensing process.

‘J&J India directly handles all the regulatory matters,’ he said.

A spokeswoman for J&J India declined to comment on the halt of shipments to Sri Lanka but said the company ‘is in full compliance with current Indian regulatory requirements for the manufacturing and testing of our talc’.

‘We are fully cooperating with the Indian government and are awaiting results from their testing,’ she added.

The spokeswoman added the product was routinely tested by both suppliers and independent labs to ensure it is asbestos free.

A Reuters investigation in December revealed most tests in the past few decades found no asbestos in J&J talc and talc products.

However, while J&J’s testing methods improved over time, it has always had limitations that allow trace contaminants to go undetected – and only a tiny fraction of the company’s talc is tested.

Tests on the Baby Powder by scientists at Mount Sinai Medical Center in 1971 and Rutgers University in 1991, as well as by labs for plaintiffs in cancer lawsuits, found small amounts of the cancer-causing chemical.

In 1972, a University of Minnesota scientist found what he called ‘incontrovertible asbestos’ in a sample of Shower to Shower – one of the powder products.

Other tests by J&J’s own contract labs and others periodically found small amounts of asbestos in talc from mines that supplied the mineral for Baby Powder and other cosmetic products into the early 2000s.

The World Health Organization’s (WHO) International Agency for Research on Cancer has listed asbestos-contaminated talc as a carcinogen since 1987.

The WHO also recognises no safe level of exposure to asbestos.

While most people exposed to J&J’s talc never develop cancer, for some, even small amounts of asbestos are enough to trigger the cancer mesothelioma – which affects the outer lining of the lungs – years later.

Just how small hasn’t been established. Many plaintiffs allege the amounts they inhaled when they dusted themselves with tainted talcum powder would be enough.

According to the NHS more than 2,600 people are diagnosed with mesothelioma every year in the UK and ‘is almost always caused by exposure to asbestos’.

Although not banned in the US, asbestos’ use has been regulated by the Environmental Protection Agency since 1970 and just 3,000 new cases of mesothelioma occur every year, according to The Mesothelioma Center.

THE WOMEN AWARDED MILLIONS IN COMPENSATION FOR THEIR TALC-RELATED CANCER 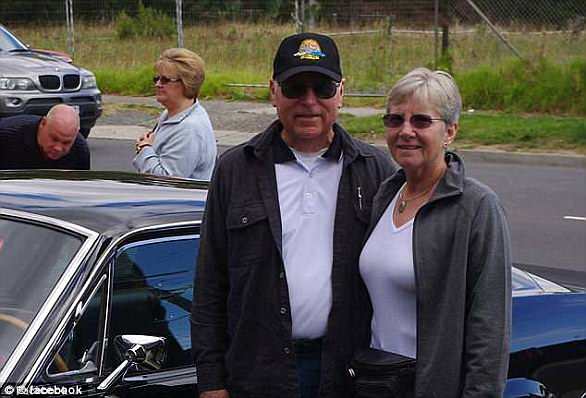 Joanne Anderson, 66, who claimed she used the baby powder frequently to keep her hands and feet dry for bowling, was diagnosed with mesothelioma, a form of cancer linked to asbestos exposure (pictured with her husband Gary)

Johnson & Johnson was hit in May by yet another multi-million dollar jury verdict in favor of a woman who said asbestos in its talcum baby powder gave her cancer. 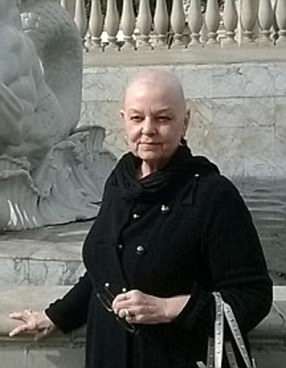 Deborah Giannecchini, of Modesto, California was diagnosed with the disease in 2012 and accused the company of ‘negligent conduct’

Joanne Anderson, 66, who claimed she used the baby powder frequently to keep her hands and feet dry for bowling, was diagnosed with mesothelioma, a form of cancer linked to asbestos exposure.

Mrs Anderson, who lives in Williams, Oregon, is one of thousands of people with court cases brought against Johnson & Johnson over talc powder.

A Los Angeles court awarded $4 million (£3m) in punitive damages to Anderson and her husband after getting $21.7 million (£16m) in compensatory damages.

And in October 2016, a jury awarded a woman $70 million (£53m) in damages against Johnson & Johnson after the woman claimed talcum powder caused her ovarian cancer.

Deborah Giannecchini, of Modesto, California was diagnosed with the disease in 2012 and accused the company of ‘negligent conduct’ in making and and marketing the baby powder.

The lawsuit claimed Mrs Giannecchini contracted the disease after using baby powder in an intimate area.