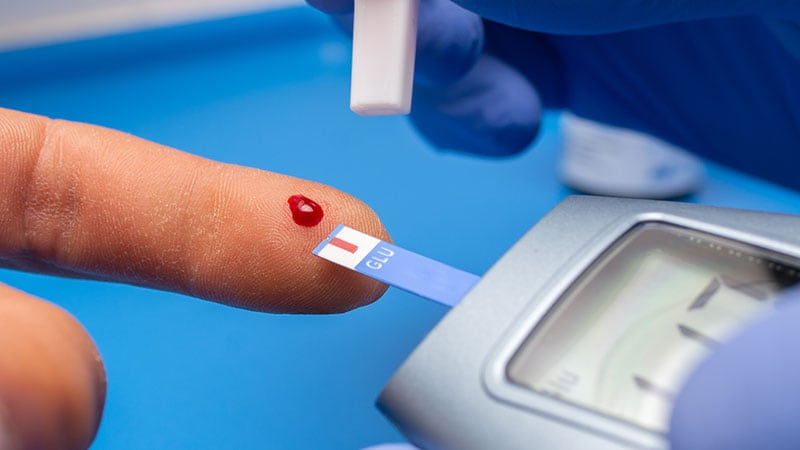 CHICAGO — A new, expanded meta-analysis confirmed the long-known effect that statin treatment has on raising blood glucose levels and causing incident diabetes, but it also documented that these effects are small and any risk they pose to statin users is dwarfed by the cholesterol-lowering effect of statins and their ability to reduce risk for atherosclerotic cardiovascular disease (ASCVD).

This meta-analysis of 23 trials with a total of more than 150,000 participants showed that statin therapy significantly increased the risk for new-onset diabetes and worsening glycemia, driven by a “very small but generalized increase in glucose,” with a greater effect from high-intensity statin regimens and a similar but somewhat more muted effect from low- and moderate-intensity statin treatment, David Preiss, MBChB, PhD, reported at the American Heart Association scientific sessions.

Preiss also stressed that despite this, “the cardiovascular benefits of statin therapy remain substantial and profound” in people regardless of whether they have diabetes, prediabetes, or normoglycemia when they start statin treatment, noting that the impact of even high-intensity statin treatment is “absolutely tiny” increases in hemoglobin A1c and blood glucose.

“This does not detract from the substantial benefit of statin treatment,” declared Preiss, a metabolic medicine specialist and endocrinologist at Oxford (England) University.

The data Preiss reported showed that high-intensity statin treatment (atorvastatin at a daily dose of at least 40 mg, or rosuvastatin at a daily dose of at least 20 mg) led to an average increase in A1c levels of 0.08 percentage points among people without diabetes when their treatment began and 0.24 percentage points among people already diagnosed with diabetes. Blood glucose levels rose by an average of 0.04 mmol/L (less than 1 mg/d) in those without diabetes, and by an average 0.22 mmol/L (about 4 mg/dL) in those with diabetes. People who received low- or moderate-intensity statin regimens had significant but smaller increases.

“We’re not talking about people going from no diabetes to frank diabetes. We’re talking about [statins] nudging a very small number of people across a diabetes threshold,” an A1c of 6.5% that is set somewhat arbitrarily based on an increased risk for developing retinopathy, Preiss said. “A person just needs to lose a [daily] can of Coke’s worth of weight to eliminate any apparent diabetes risk,” he noted.

Preiss presented two other examples of what his findings showed to illustrate the relatively small risk posed by statin therapy compared with its potential benefits. Treating 10,000 people for 5 years with a high-intensity statin regimen in those with established ASCVD (secondary prevention) would result in an increment of 150 extra people developing diabetes because of the hyperglycemic effect of statins, compared with an expected prevention of 1,000 ASCVD events. Among 10,000 people at high ASCVD risk and taking a high-intensity statin regimen for primary prevention 5 years of treatment would result in roughly 130 extra cases of incident diabetes while preventing about 500 ASCVD events.

In addition, applying the new risk estimates to the people included in the UK Biobank database, whose median A1c is 5.5%, showed that a high-intensity statin regimen could be expected to raise the prevalence of those with an A1c of 6.5% or greater from 4.5% to 5.7%.

Several preventive cardiologists who heard the report and were not involved with the analysis agreed with Preiss that the benefits of statin treatment substantially offset this confirmed hyperglycemic effect.

Risk “More Than Counterbalanced by Benefit”

“He clearly showed that the small hyperglycemia risk posed by statin use is more than counterbalanced by its benefit for reducing ASCVD events,” commented Neil J. Stone, MD, a cardiologist and professor of medicine at Northwestern University, Chicago. “I agree that, for those with prediabetes who are on the road to diabetes with or without a statin, the small increase in glucose with a statin should not dissuade statin usage because the benefit is so large. Rather, it should focus efforts to improve diet, increase physical activity, and keep weight controlled.”

Stone also noted in an interview that in the JUPITER trial, which examined the effects of a daily 20-mg dose of rosuvastatin (Crestor), a high-intensity regimen, study participants with diabetes risk factors who were assigned to rosuvastatin had an onset of diabetes that was earlier than people assigned to placebo by only about 5.4 weeks, yet this group had evidence of significant benefit.

“I agree with Preiss that the benefits of statins in reducing heart attack, stroke, and cardiovascular death far outweigh their modest effects on glycemia,” commented Brendan M. Everett, MD, a cardiologist and preventive medicine specialist at Brigham and Women’s Hospital in Boston. “This is particularly true for those with preexisting prediabetes or diabetes, who have an elevated risk of atherosclerotic events and thus stand to derive more significant benefit from statins. The benefits of lowering LDL cholesterol with a statin for preventing seriously morbid, and potentially fatal, cardiovascular events far outweigh the extremely modest, or even negligible, increases in the risk of diabetes that could be seen with the extremely small increases in A1c,” Everett said in an interview.

The new findings “reaffirm that there is an increased risk [from statins] but the most important point is that it is a very, very tiny difference in A1c,” commented Marc S. Sabatine, MD, a cardiologist and professor at Harvard Medical School, Boston. “These data have been known for quite some time, but this analysis was done in a more rigorous way.” The finding of “a small increase in risk for diabetes is really because diabetes has a biochemical threshold and statin treatment nudges some people a little past a line that is semi-arbitrary. It’s important to be cognizant of this, but it in no way dissuades me from treating patients aggressively with statins to reduce their ASCVD risk. I would monitor their A1c levels, and if they go higher and can’t be controlled with lifestyle we have plenty of medications that can control it,” he said in an interview.

No Difference by Statin Type

These effects did not significantly differ by type of statin (the study included people treated with atorvastatin, fluvastatin, lovastatin, pravastatin, rosuvastatin, and simvastatin), nor across a variety of subgroups based on age, sex, race, body mass index, diabetes risk, renal function, cholesterol levels, or cardiovascular disease. The effect was also consistent regardless of the duration of treatment.

Preiss also downplayed the magnitude of the apparent difference in risk posed by high-intensity and less intense statin regimens. “I suspect the apparent heterogeneity is true, but not quite as big as what we see,” he said.

The mechanisms by which statins have this effect remain unclear, but evidence suggests that it may be a direct effect of the main action of statins, inhibition of the HMG-CoA reductase enzyme.