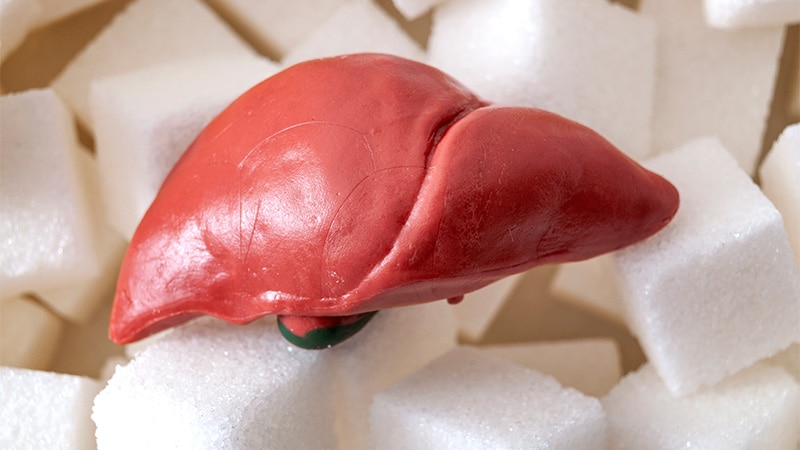 Nonalcoholic fatty liver disease is a silent condition with limited symptoms in which excess fat accumulates in the liver. Taking the top spot for the most common liver disease globally, it is estimated that this syndrome, which is often associated with obesity and metabolic syndrome, affects about 24% of the world’s population.

According to a Spanish study led by a team from the University of Barcelona, the Biomedical Research Center Network for Hepatic and Digestive Diseases (CIBEREHD), the Barcelona Clinical Hospital, and the August Pi Sunyer Biomedical Research Institute (IDIBAPS), almost 7 of 10 patients suffering from fatty liver disease not associated with alcohol consumption experience some type of stigmatization in their daily lives.

As Marta Carol, predoctoral researcher with the IDIBAPS Chronic Liver Diseases group, who is one of the main authors of the study, explained, “Stigmatization is a well-documented problem for some conditions. But while perceived stigma is common in alcohol-related liver disease and hepatitis C, there is very little information about it in patients with nonalcoholic fatty liver disease. This is a relatively new syndrome, since 20 years ago it was not known, which was the motivation for our study.”

According to Carol, another reason for carrying out the research, which was published in the journal PLOS ONE, is in regard to current screening to detect the disease early, before it reaches the cirrhosis stage. “This information helps improve lifestyles, such as diet and exercise, allowing the most serious stages of the disease to be reversed,” said Carol, whose research focused on analyzing the frequency and characteristics of stigma perceived among patients with nonalcoholic fatty liver disease.

To do this, the team collected data from 197 patients from the Hepatology Department of the Barcelona Clinical Hospital, of whom 144 were affected by nonalcoholic fatty liver disease and 53 had cirrhosis related to alcohol consumption. Since nonalcoholic fatty liver disease is frequently associated with impaired quality of life, the possible relationship between perceived stigma and quality of life for these patients was also explored. Perceived stigma was assessed using a specific questionnaire that took four domains into account: stereotypes, discrimination, shame, and social isolation.

Carol pointed out that there is limited information on the perceived stigma of liver cirrhosis, the final stage of chronic inflammation of the liver due to multiple etiologies. “Before carrying out our study, we only had two existing studies focused on evaluating the prevalence, characteristics, and consequences of stigma in patients with cirrhosis.”

In a study with 149 patients with cirrhosis of different etiologies, most patients (89%) felt stigmatized in at least one aspect of their lives. Stigma was associated with young age and hepatitis C infection or alcohol consumption as etiologies of cirrhosis. “It is important to note that stigma had a marked negative effect on patients’ lives, as patients with higher perceived stigma had less social support, were less likely to seek medical care, suffered from more depression, and had worse quality of life,” the IDIBAPS researcher highlighted. The second study, a qualitative investigation that included 15 patients with cirrhosis, found that perceived stigma was common.

In addition to the limited studies focused on stigma, there is also not enough literature. “This is why we proposed conducting this study of the self-perception of stigma,” said Carol. Although the work led by the Catalan sites has analyzed the negative impact on patients’ ability to cope with their disease and treatment, it was not able to study the possible effect of stigma in areas other than quality of life, such as psychological status or access to care, because this would require additional specific studies.

“The idea is to expand research with a qualitative approach, interviewing patients instead of [using] questionnaires, and then study stigma from other perspectives, such as public perception or in the health sector. We want to investigate the existing structural stigma. But the next lines of study are not yet defined, and we lack time to do so, as well as to gather resources,” said Carol.

The study results represent a warning sign about the importance of perceived stigma in patients with nonalcoholic fatty liver disease, which affects very sensitive areas of life, such as discrimination and social isolation. For Carol, “the conclusions found are very important for health workers, patient associations, and policymakers and should stimulate further research, as well as encourage initiatives aimed at preventing discrimination of subjects affected by nonalcoholic fatty liver disease.”

There are currently no awareness campaigns about this disease. “And I think they are urgently needed. The more a disease is talked about, the more supported patients feel,” said Carol, referring to the effects that media has had for patients with other diseases.

“When a disease is not stigmatized, more knowledge is generated. A clear example is represented by cardiovascular diseases, which are discussed in the news daily. People empathize with a [patient with] myocardial infarction because it has been made visible. However, this does not happen with cirrhosis. Cirrhosis has many associated prejudices, such as drug use, alcohol use, or obesity,” said Carol. “Patients feel very alone, and there is still a long way to go when it comes to talking about nonalcoholic fatty liver disease.”

This article was translated from Univadis Spain.