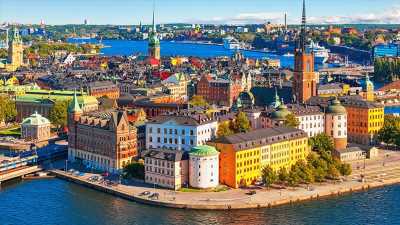 Highlights of the European Association for the Study of Diabetes (EASD) 2022 Annual Meeting include new data on weight loss with the blockbuster twincretin tirzepatide and on the effects of dapagliflozin on heart failure in people with diabetes, as well as updated guidelines for type 2 diabetes management.

The EASD meeting will take place September 19-23 in Stockholm Sweden. It will be the first in-person meeting since 2019 but will also feature live-streamed content for participants around the world.

What attendees should expect, said Del Prato, of the University of Pisa School of Medicine, Italy, “is the pleasure to be able to participate in person at a meeting and get useful information, not only in terms of the knowledge and intellectual aspects of diabetes but also something that can be implemented the following day in their daily clinical activities.”

EASD Honorary Secretary Mikael Rydén, MD, added: “I think meeting attendees will really be able to get the absolutely latest developments in all the areas that are relevant to diabetes treatments. It’s the best way to keep yourself up to date.”

This year in particular, there’s a focus on the past, present, and future trends in type 2 diabetes management, along with the co-occurring conditions of obesity, heart failure, and metabolic fatty liver disease.

DELIVER: The Diabetes Side

On September 22, new data will be presented from the DELIVER trial on the sodium-glucose co-transporter 2 (SGLT-2) inhibitor dapagliflozin (Farxiga) in patients with heart failure with preserved ejection fraction, comparing data for participants with diabetes, prediabetes, and normoglycemia.

Primary results from DELIVER were presented August 26 at the European Society of Cardiology (ESC) meeting in Barcelona and simultaneously published in the New England Journal of Medicine. The results showed that dapagliflozin benefits patients with heart failure with preserved ejection fraction, as had been previously demonstrated in those with reduced ejection fraction in the DAPA-HF trial.

“This information is quite important and is becoming of major interest in the field of diabetes,” Del Prato said, adding that a related joint EASD/ESC symposium will take place the next morning, on September 23, entitled, “New perspectives on heart function and failure in diabetes.”

“So, within the congress, you get the background, pathophysiology, the diagnostic aspects, and the results of the effect of dapagliflozin on those individuals.”

Rydén commented, “I think this underlines how important it is for diabetologists to screen our patients better for heart failure because we can actually treat them now.”

However, Rydén, of the Karolinska Institute, Stockholm, also cautioned about use of SGLT2 inhibitors in people with diabetes who use insulin, given the risk of euglycemic diabetic ketoacidosis. “These drugs have side effects and you have to be wary who you prescribe them to. For those on multiple daily [insulin] injections the side effects probably outweigh the benefits.”

On September 21, a symposium will provide new data for the dual glucagon-like peptide-1 (GLP-1) and glucose-dependent insulinotropic polypeptide (GIP) agonist tirzepatide, approved for the treatment of type 2 diabetes in the US in May with the brand name Mounjaro. The agent is now being studied as an obesity treatment.

Data from the SURMOUNT-1 trial presented at the ADA meeting in June showed the drug produced “unprecedented” weight loss of up to 22.5%.

At EASD, those findings will be reviewed, and new data presented on morbidity and mortality, along with new commentary. The degree of weight loss seen with this new “twincretin” agent has furthered discussion about the concept of “remission” in type 2 diabetes, Rydén noted. That will also be the subject of the Diabetologia symposium on September 21, entitled, “Remission of type 2 diabetes – fact or fiction?”

Regarding tirzepatide, Rydénsaid, “It’s amazing, the most powerful anti-obesity drug we have at our disposal. These drugs slow gastric emptying and have other beneficial effects…We’re now closing in on drugs that produce more than 15% weight loss. That appears to be the ‘magic bullet’ where you can achieve type 2 diabetes remission.” He pointed to a symposium sponsored by The Lancet on this topic at last year’s EASD meeting.

“I think what we want with our drugs is not to treat but actually to combat type 2 diabetes and really to achieve remission. Of course, if you’ve had it for many decades that might be impossible, but we know that particularly in the first 5-10 years it’s very important to have good glucose control and we know we can also achieve remission.”

Del Prato noted that the importance of weight reduction at the time of diagnosis of type 2 diabetes will be emphasized in the ADA/EASD consensus document on the management of hyperglycemia in type 2 diabetes, to be presented in final form on September 23.

“I think we’ll be learning more about potential remission in the future, both because of metabolic surgery and agents like tirzepatide. The reduction in body weight that can be achieved [with these newer drugs], or that has been reported so far, is the closest to what can be obtained with metabolic surgery. I think there will be more and more information and a lot of discussion about this, and of course about the definition of remission, and what to do after remission has occurred,” Del Prato said.

The revised ADA/EASD consensus document is expected to endorse weight loss as a “co-primary goal” of care for those without cardiorenal disease, along with early initiation of combination therapies — for example, taking two drugs immediately upon diagnosis, rather than just metformin — rather than the prior step-wise approach. The document will also cover use of newer glucose-lowering therapies, surgery, and behavioral interventions.

The key is a holistic approach, Del Prato said. “Of course, glucose control is important but it’s not the only thing. The heterogeneity of the population with diabetes is also important. Some may already have microvascular complications, kidney dysfunction, are more or less obese, and older or younger. We need to keep these differences in mind to provide more and more individualized treatment.”

Related to that, he noted, will be a joint EASD/ADA symposium on September 19, entitled, “Precision medicine in type 2 diabetes: How far can we get? “

COVID-19 and Diabetes, UKPDS, Type 1 Diabetes, and Much More

As always, there’s a whole lot more. On September 21, there will be a symposium on COVID-19 and diabetes.

Another, on diabetes technology, has a somewhat cautionary theme: “A new hope (Star Wars) or Strange New Worlds (Star Trek): Submerging diabetes into emerging technologies.” One of the speakers there will address the question: “Are we becoming robots? Automated insulin delivery (AID) systems for everyone with type 1 diabetes: Strengths and limitations.” And the EASD/JDRF symposium topic this year will be prevention of type 1 diabetes.

Yet another symposium on September 21 will present 44-year follow-up data from the landmark United Kingdom Prospective Diabetes Study (UKPDS), including an economic analysis and a look at dementia outcomes. “It’s a historical thing. This big trial represents a gold mine of information,” Del Prato commented.

And lest anyone was thinking of leaving the conference early, there’s a full agenda on Friday, September 23, including symposia on diabetic nephropathy, type 1 diabetes, diabetes in old age, dietary management, and the role of primary care, among others. There are also 12 separate oral presentation sessions that day.

Overall, this meeting will reflect the multidisciplinary direction the field is headed, Rydén said.

“We’re still in an era of medicine where a lot of things happen every year. Now we have the next generation of drugs that are coming that combine many areas of treatment — obesity, cardiology, and nephrology. So, we’re integrating. The future is integrating the diabetes world with our friends in other areas of clinical medicine.”

Miriam E. Tucker is a freelance journalist based in the Washington, DC, area. She is a regular contributor to Medscape, with other work appearing in The Washington Post, NPR’s Shots blog, and Diabetes Forecast magazine. She is on Twitter: @MiriamETucker.