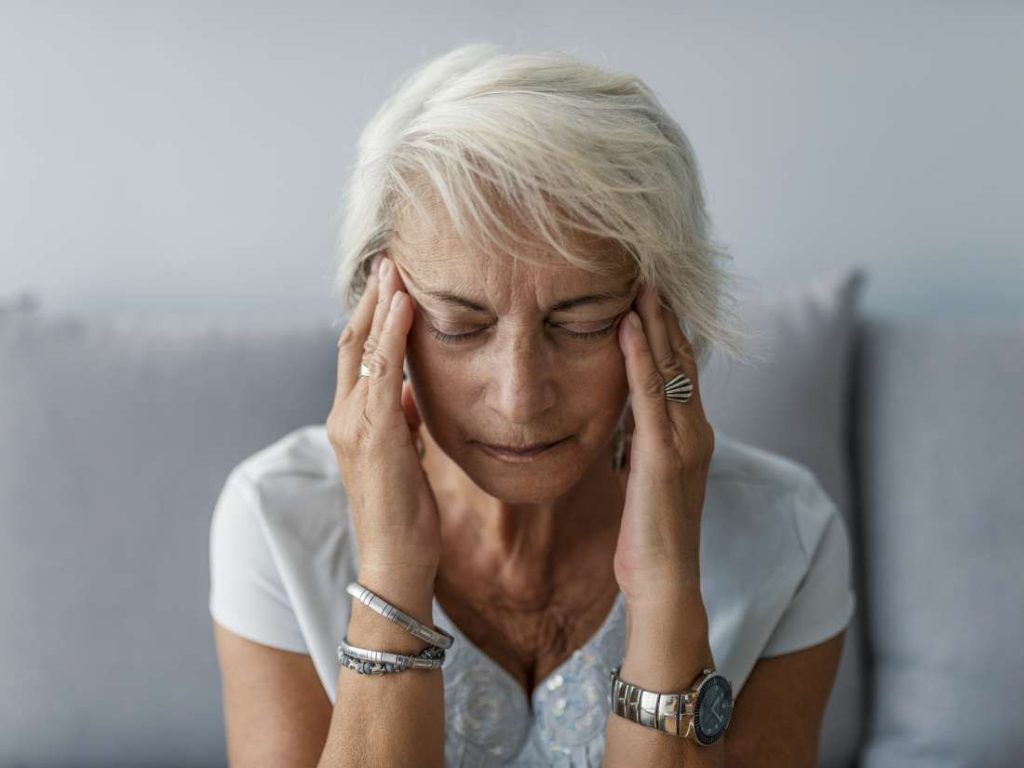 Many factors may increase Alzheimer’s risk, including age, family history, and genetic makeup.

Certain health issues, such as cardiovascular disease or diabetes, may also influence the odds of experiencing dementia because they impact the blood vessels.

Specifically, researchers led by Sabrina Islamoska, a doctoral candidate in the Department of Public Health at the University of Copenhagen, Denmark, set out to investigate the possibility of a link between vital exhaustion and Alzheimer’s disease.

Vital exhaustion describes “a mental state of psychological distress” that manifests as irritability, fatigue, and a feeling of demoralization.

As the researchers explain, vital exhaustion may be a reaction to “unsolvable problems” in one’s life, especially when the person has been exposed to stressors for a prolonged period. So, vital exhaustion can be seen as a sign of psychological distress.

Previous studies have noted that vital exhaustion may raise the risk of cardiovascular disease, metabolic syndrome, premature death, and obesity, among other conditions.

Islamoska and her colleagues published their findings in the Journal of Alzheimer’s Disease.

Stress may raise risk by up to 25 percent

The researchers analyzed data from a survey of almost 7,000 individuals who participated in the Copenhagen City Heart Study between 1991 and 1994. The participants had been 60 years old, on average, at the time.

As part of the survey, the participants had been asked questions about vital exhaustion.

Islamoska and her colleagues clinically followed the participants until the end of 2016. They also examined the participants’ hospital records and mortality and prescription registers in search of diagnoses of dementia.

The study revealed a dose-response link between vital exhaustion in midlife and the development of Alzheimer’s later on. The lead author reports, “For each additional symptom of vital exhaustion, we found that the risk of dementia rose by 2 percent.”

The authors explain that the results are unlikely to be due to reverse causation, that is, it is unlikely that dementia causes vital exhaustion, rather than the other way around.

“We were particularly concerned whether the symptoms of vital exhaustion would be an early sign of dementia,” explains Islamoska. “Yet, we found an association of the same magnitude, even when separating the reporting of vital exhaustion and the dementia diagnoses with up to 20 years.”

Regarding the possible mechanisms that may underpin the findings, the researchers point to excessive levels of the stress hormone cortisol and cardiovascular changes as potential culprits.

“Stress can have severe and harmful consequences, not just for our brain health, but our health in general,” says Islamoska.

“Cardiovascular risk factors are well-known, modifiable risk factors for dementia, and in some countries, a stagnation or even a decreasing incidence of dementia has been observed.”

“Our study indicates that we can go further in the prevention of dementia by addressing psychological risk factors for dementia,” Islamoska concludes.