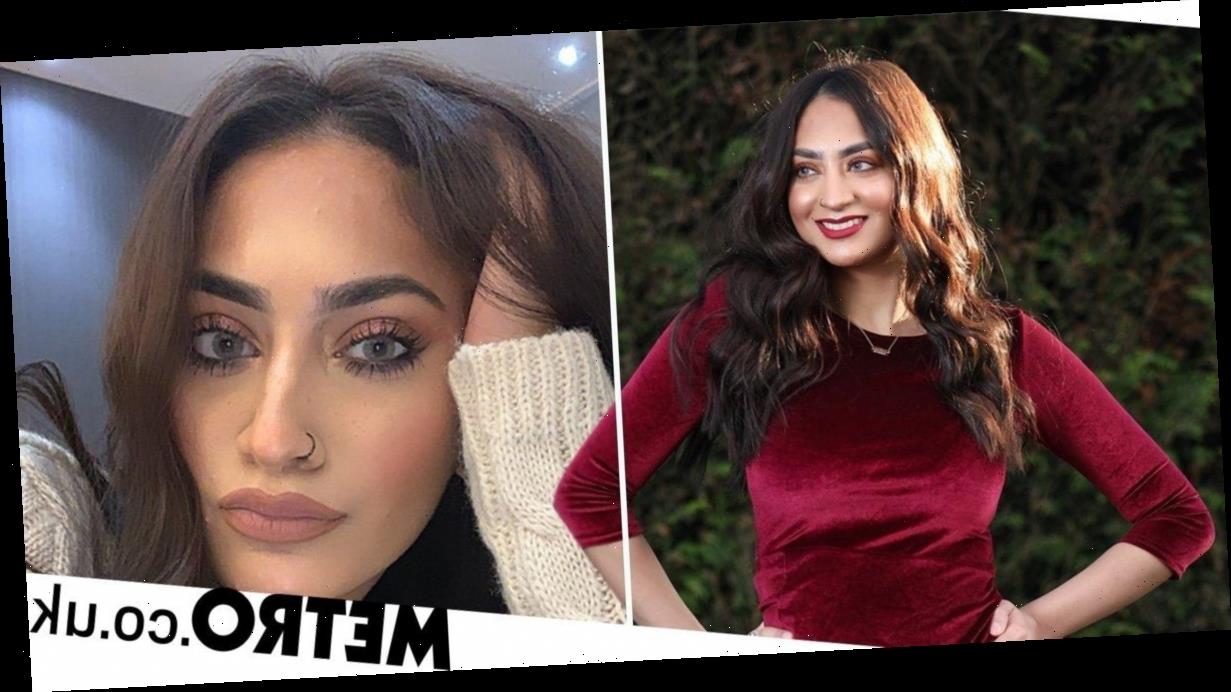 Freya Ayub had been suffering from headaches for two years so when she got the familiar throbbing feeling, she thought she just needed to lie down.

But when she realised she couldn’t get off the sofa, an ambulance was called.

At hospital, doctors told her she had had a stroke, even though she is just 22.

She spent five weeks practically immobile and needing aid when walking due to knee problems caused by being left bedridden by the stroke.

But now, able to walk again, Freya has decided to enter the Miss England pageant and she has high hopes of bagging the title when she competes in June next year.

Customer advisor and university student Freya, from Rotherham, South Yorks, said: ‘I have suffered from bad headaches for two years, and in April I had a really intense episode.

‘I was unable to get off the sofa to eat or even go to the toilet, and one day my blood pressure went really low so an ambulance was called and doctors told me that I had a stroke.

‘The doctors have told me it’s very rare but haven’t said much else which has made me very worried and nervous.

‘In hospital I didn’t realise I was slurring my speech at first, but my friends and family kept telling me I was saying random words when I spoke.

‘I burst into tears when they told me and I was scared because I didn’t actually know I was doing it.’

The stroke meant Freya spent four months building up her strength again and she had to take a gap year from my human biology degree at university.

She explains: ‘When I was discharged, my mum and my sisters still had to help me stand up because, after about 10 or 15 minutes, I would get a stinging pain in my knees.

‘I felt silly, but I was glad to have the support and now I still have problems but it’s slowly getting better – now it’s a much more bearable pain.

‘Despite the problems with my knees, I want to brave the runways of Miss England and show you can be ok after a stroke.’

Doctors are still investigating the cause of Freya’s stroke and check in with her every three months to monitor her progress.

Freya said: ‘I was shaken up by it all – I’m fit, well and do a lot of sport and there were no other signs of a stroke-like facial drooping or speech slurring before it happened.

‘I haven’t got a clue what caused it and I didn’t think it would happen to me so young.

‘I don’t really want to think about what might have caused it because it makes me more worried.’

Despite having no previous modelling or pageant experience, Freya decided to apply to compete for the Miss England 2020 title.

She wants to use the opportunity to raise awareness of strokes in young people.

Freya said: ‘I found out about Miss England after coming across the winner this year and I thought it would be an amazing way to share my story.

‘I applied for the contest as something to boost my confidence after my stroke, it was spontaneous.

‘The most important reason was to get more awareness out there because a lot of people aren’t aware of younger people having a stroke.’