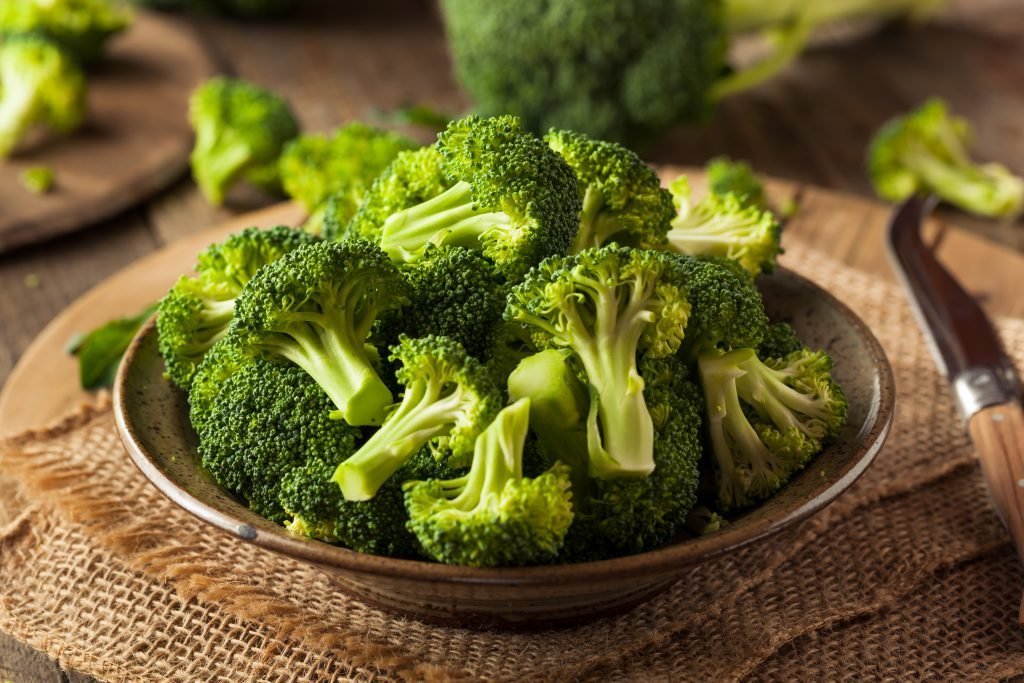 Most people have probably heard in their Childhood from their mothers, that you should eat your broccoli, because this is so healthy. A recent study supports this statement. Researchers found that broccoli contains a molecule that deactivates a Gene, which is known that it plays an important role in the emergence of various types of cancer.

In the current investigation, Harvard Medical School, Boston, it was found that broccoli can disable a Gene, which is involved in the formation of various types of cancer. The results of the investigation were published in the English journal “Science”.

Achilles heel for some types of cancer discovered

The WWP1 Gene known is affected by a molecule in broccoli, with the result that the growth of the tumor in cancer is suppressed susceptible laboratory animals. This newly identified actor (WWP1) plays an important role in the development of cancer, report the authors of the study. The enzyme could be inhibited with a natural compound from broccoli and other cruciferous vegetables. This represents a kind of Achilles ‘ heel of cancer cells, which can be addressed with therapeutic options.

As a well-known and effective tumor suppressives Gene PTEN is one of the most frequently mutated, deleted, down-regulated or disused tumor suppressor genes in human cancers. Specific inherited PTEN mutations cause syndromes that are characterized by cancer susceptibility and development disorders. However, since a complete loss of the gene causes irreversible mechanism that stops the Proliferation of cancer cells, both copies of the gene (humans have two copies of each gene; one from each parent), only rarely affected. Instead, tumor cells have lower PTEN levels, which raises the question of whether the restoration of PTEN activity to normal values in the case of an existing cancer can cause the tumor suppressive activity of the gene.

What is the role of the WWP1 Gene?

To figure this out, identified the researchers, the molecules and Compounds which regulate PTEN function and activation. The Team conducted a series of experiments on mice, the for cancer are particularly vulnerable, and human cells and found that a Gene called WWP1, which is known that it plays in the development of cancer produces an enzyme that inhibits the tumor suppressive activity of PTEN.

I3C is the key to the suppression of cancer?

Through the analysis of the physical Form of the enzyme, the researchers found that a small molecule (formally indole-3-Carbinol [I3C]), plants, a component of broccoli and relatives, is the key to the suppression of the carcinogenic could be the effect of WWP1. When the researchers this theory is tested by you want to for cancer-prone laboratory animals, I3C administered, they discovered that broccoli naturally-occurring ingredient WWP1 are inactivated, and the tumor suppressive force of PTEN activated.

However, very large quantities of uncooked broccoli should be consumed in order to benefit from the potential Benefits against cancer. For this reason, the researchers are looking to other ways to apply this new Knowledge to use. The Team now plans to investigate the function of WWP1 continue to develop, ultimately, more effective WWP1-inhibitors. The genetic or pharmacological inactivation of WWP1 with CRISPR technology, or I3C could restore PTEN function and tumor inhibitory effect, further drive. These results pave the way for a long-awaited approach to the reactivation of tumor suppressors in cancer treatment, concluded the research team. (as)