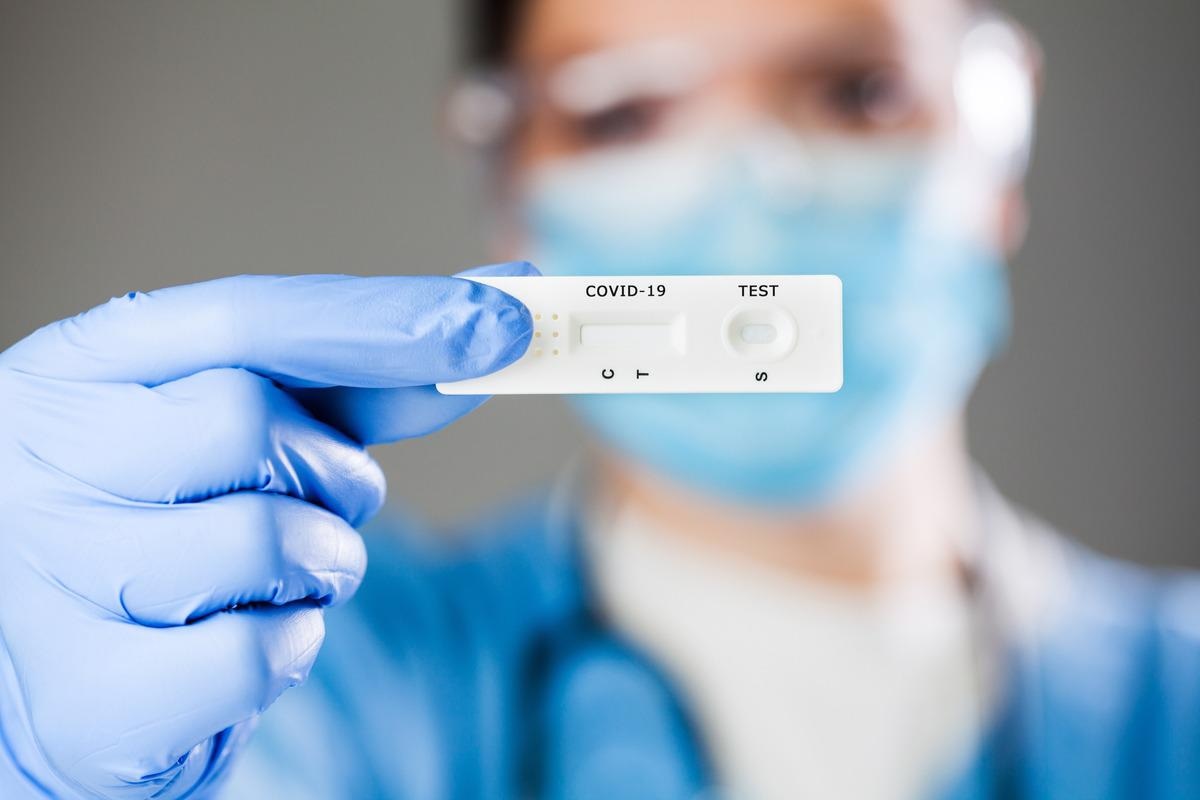 In a recent study posted to the Research Square* preprint server and under consideration at a Nature Portfolio Journal, researchers raised concerns that some severe acute respiratory syndrome coronavirus 2 (SARS-CoV-2) variants can escape detection by antigen tests. Therefore, an optimal testing strategy to control and surveil coronavirus disease 2019 (COVID-19) requires following up a proportion of negative antigen tests with a molecular test, such as reverse transcription-polymerase chain reaction (RT-PCR).

Veneto was the first Italian region to adopt the mass use of antigen tests for COVID-19 diagnosis and surveillance. Therefore, it witnessed a rapid surge in SARS-CoV-2 infections by SARS-CoV-2 variant(s) that escaped antigen testing due to multiple disruptive amino-acid mutations within B-cell epitopes of the nucleocapsid (N) antigen.

In the present study, researchers collected swab samples from patients admitted to the University Hospital of Padua, Italy, between 15th September 2020 and 16th October 2020, and from subjects who required SARS-CoV-2 testing. They tested all the test subjects with antigen and molecular tests within an hour of sample collection. They grouped samples that tested positive for both the antigen and molecular tests as the concordant and the rest as the discordant samples.

The researchers tested the hypothesis whether an increased frequency of antigen testing in Veneto (57%) compared to the rest of Italy (35%) favored the undetected transmission of the discordant SARS-CoV-2 variants. To this end, they fitted a compartmentalized multivariant SARS-CoV-2 transmission model to evaluate the data from Veneto and the rest of Italy, in particular, the epidemiological and genomic data.

The team performed full-length or whole genomic sequencing (WGS) on the viral ribonucleic acid (RNA) in a random subset of nine concordant and eight discordant samples, with a spike (S) and open reading frame 1 (ORF1) cycle threshold (Ct) values ranging from 12 to 30. Typically, WGS is performed on a proportion of RT-PCR-positive samples for surveillance reasons as results of both antigen and molecular tests can be influenced by SARS-CoV-2 mutations.

Despite an overall sensitivity of 68.9%, the antigen test could not detect the presence of SARS-CoV-2 in 19 out of 61 samples. However, for Ct values below 33 for both the S and ORF1 genes, its sensitivity increased to 77.8% and 79.2%, respectively, suggesting higher sensitivity of antigen tests for lower Ct values.

Similarly, the Welch two-sample t-test found significant differences in the distributions of Ct values of the concordant and discordant samples.

The occurrence of several discordant samples with values below the Ct of the antigen test sensitivity suggested the presence of undetectable genetic variants of the SARS-CoV-2 nucleocapsid (N) gene in the analyzed samples.

WGS confirmed that seven out of eight discordant samples had disruptive amino-acid mutations mapped to the N protein that contains immunodominant epitopes that function as the target of antibodies detected by the antigen tests. Contrastingly, only two out of nine concordant samples had mutations within the region of mapped B cell epitopes, and none showed amino acid mutations downstream to position 220.

The antigen test had 0% sensitivity towards viruses with the M234I-A376T mutations and 64.3% against other variants, and 87.5% sensitivity for the viral variants with no mutations in the regions of mapped B cell epitopes. Interestingly, the prevalence of the amino-acid substitutions M234I-A376T was at its peak in December 2020 at 20% in the Veneto region of Italy, while its maximum prevalence was 10% in the rest of Italy around September 2020.

The study highlighted the importance of molecular testing as a diagnostic tool and its usefulness for COVID-19 monitoring and surveillance.

Previous studies reported that mass antigen testing alone is an acceptable alternative to molecular testing. However, the study findings demonstrated that this testing strategy provided a transmission advantage to the discordant SARS-CoV-2 variant(s). This finding has important public health implications, especially in resource-limited settings where mass antigen testing is a cheaper and more feasible alternative.

The authors recommended that molecular testing, including the rapid update of RT-PCR primer sets, should be prioritized globally to detect new circulating SARS-CoV-2 VOCs; this would also strengthen the epidemiological surveillance facilitating early detection controlling the discordant SARS-CoV-2 variants.

Research Square publish preliminary scientific reports that are not peer-reviewed. Therefore, it should not be regarded as conclusive, guide clinical practice/health-related behavior, or treated as established information.