The gut microbiome is a complex population of microorganisms inhabiting the gastrointestinal tract. Over thousands of years, the human gut microbiome has co-evolved with its host, establishing a symbiotic relationship that benefits both. Bidirectional communication between the brain and microbiota, through the microbiota-gut-brain axis, regulates brain development, behavior, and neural functions. In the event of a disturbance in the microbe-brain relationship, neuropsychiatric, neurodevelopmental, or neurodegenerative diseases may occur. 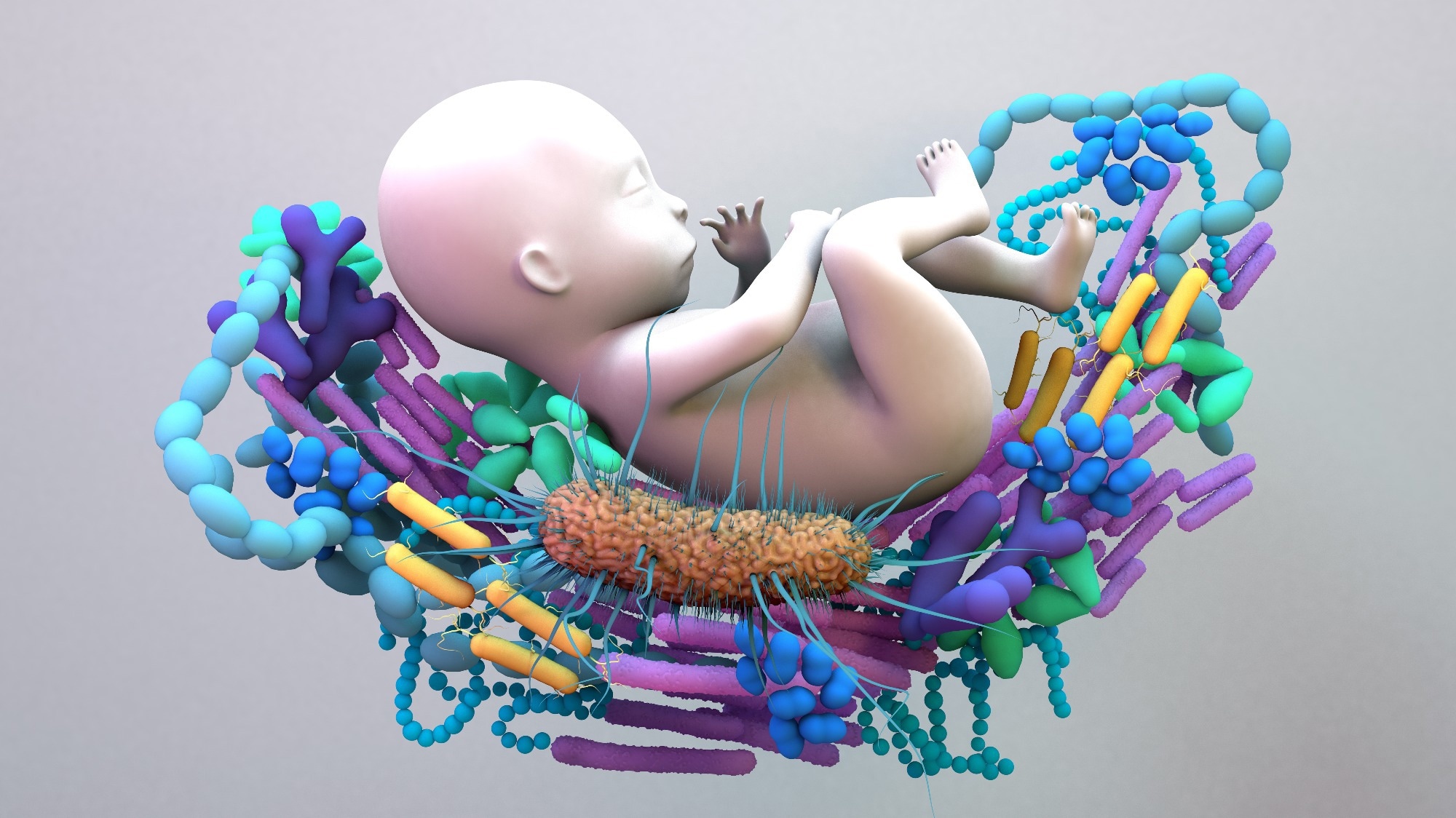 Compilation of the top interviews, articles, and news in the last year.
Download a free copy

Preclinical studies associated with mice models have been instrumental in uncovering the importance of the gut microbiome in shaping neurodevelopmental processes, such as neurogenesis, neuroplasticity, blood-brain barrier (BBB) permeability, myelination, axonogenesis, microglia activation, and neuroinflammation. Although microbial dysbiosis leads to alteration in neural functions, this condition can be reversed by restoring gut microbiota with a complex group of microbes or a potential bacterium.

At birth, there is a very small, unstable microbial community in the gut, but by the time an individual reaches adulthood, the community is robust. During the developmental stage, speciation of the gut microbiota depends on genetic and environmental factors (e.g., medication, antibiotics, diet, and disease). Scientists identified a critical window in early life, during which gut microbiota regulates the developmental process associated with behavior and brain function.

It has been shown in epidemiological studies that the immediate postnatal period has a significant influence on the development of our microbiota. A change in postnatal microbiota has long-term implications on neurocognitive outcomes and mental health. Currently, little is known about the molecular mechanisms underlying critical windows of microbial influence.

A recent Brain, Behavior, and Immunity study investigated the role of the early-life gut microbiota in determining neurodevelopmental outcomes. The current study used a mouse model to evaluate the long-term impact of gut microbial disruption during the critical windows of development.

This study treated both male and female mice with an antibiotic cocktail (ABX) or 0.9% saline (Veh) group during one of the three developmental windows, i.e., postnatal (PN), pre-weaning (PreWean), or post-weaning (Wean). These timeframes were selected based on critical developmental periods for microbiota-gut-brain interactions.

The ABX-induced microbial reduction strategy, during the three critical developmental windows, revealed the critical role of the time-specific gut microbiome. Furthermore, marginal sex- and time-dependent effects on circulating immune cells and neurophysiology (e.g., malformed microglia in the basolateral amygdala) were observed during adolescence.

The early-life ABX exposure was found to affect caecal microbial diversity and composition. The present study's finding is consistent with earlier studies that revealed that a brief early-life antibiotic exposure caused a significant loss of diversity in adolescence, regardless of the exposure period. Interestingly, this study also found that ABX-treated animals possessed a high level of specific taxa, such as Erysipelatclostridium, Blautia, Parabacteroides, Bifidobacterium, and Anaerostipes, which has been linked to the manifestation of depression.

The most dramatic overall effect on microbial composition was found in the adolescent group exposed to ABX in the Weaning period. This observation was based on analyzing the Wean ABX group clustered furthest from the Veh groups. Since the Postnatal-ABX and PreWean-ABX animals were continually fed with breast milk, a partial recovery of the microbiota occurred.

The experimental animals subjected to a brief early-life ABX exposure indicated minor, time-specific alterations in the circulating myeloid cell populations. An alteration in the microglial morphology in the basolateral amygdala in adolescence was observed. Interestingly, germ-free (GF) and ABX-treated mice revealed contrasting alterations, which could be due to differences in models, timing, and duration of the intervention.

Innate immune cells are vital to maintaining brain homeostasis. Increased levels of LY6C-, and CX3CR1+ monocytes in PN and Wean groups could be a compensatory effect for the early-life disturbances.

Here, the authors showed that even a brief period of early-life ABX exposure significantly affects the composition and structure of the developing gut microbiome. Microbial depletion in early life, particularly in the PN and PreWean developmental periods, influence behavior, neurodevelopment, and neuro-immune functions. In the future, more research must be conducted to understand the later-life psychopathological outcomes of early-life microbial depletion.