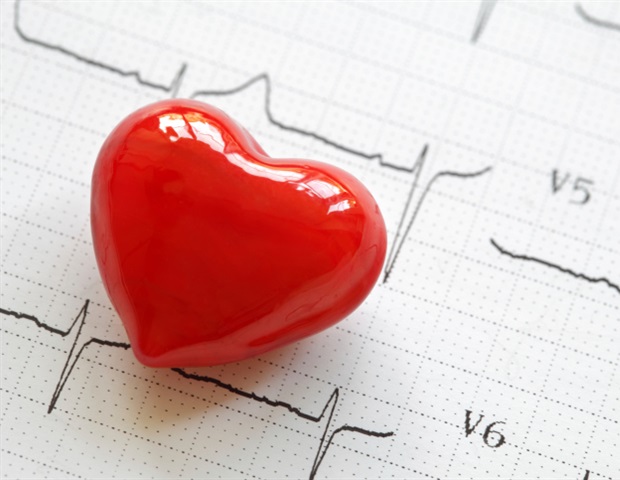 New research has shown abnormalities in the tiny blood vessels of human hearts in regions well beyond the large arteries with atherosclerotic blockages that trigger the need for stents or bypass surgery. The findings could lead to the development of new treatments for patients with angina-like symptoms without blockages or those recovering from a heart attack or unexplained heart failure.

Normal intrinsic constriction of these micro-arteries in response to changing blood pressure is called myogenic (automatic) tone. Myogenic tone controls blood flow distribution within the heart muscle, and in other parts of the human body.

Current heart scans can identify blockages in large coronary arteries, but they are unable to show these tiny, hair-size micro-arteries in patients, making it impossible to diagnose poor myogenic tone, which is thought to develop independently of disease in the larger arteries. This study used tissue biopsies to study the function, structure, and alterations in pathways in the micro-arteries that link to abnormalities in myogenic tone.

The research team took small heart samples, that are otherwise discarded, from 88 patients with no large coronary artery blockages and undergoing valvular cardiac surgery at the Bristol Heart Institute. In addition, cardiac samples were obtained from three human organ donors from the Newcastle Institute of Transplantation Tissue Biobank and 45 pigs treated at the University of Bristol Translational Biomedical Research Centre (TBRC).

Abnormalities in the micro-arteries affect the blood supply within the beating heart, and other organs in the body, affecting people's quality of life and life expectancy.

The findings offer new insights on coronary microvascular dysfunction that could predate the development of clinically known heart disease such as heart failure.

Professor Raimondo Ascione, NHS Consultant Cardiac Surgeon and Head of the TBRC at the University of Bristol, said: "It has been a pleasure to work with Professor Dora on this landmark study over the last seven years. No study had focused on ex vivo poor myogenic tone of the cardiac microcirculation before. These tiny arteries are sited deep within the cardiac wall, well beyond the blocked arteries we treat in the NHS with stents or bypass surgery, and cannot be seen with a naked eye.

"Our study lifts the lid on cardiac microvascular dysfunction. It could help to develop new treatments to help patients with angina-like symptoms without coronary blockages, or those recovering from a heart attack or unexplained heart failure."

I am so excited with the results of this study and the excellent teamwork with Professor Ascione in Bristol. Not only will our findings enhance the development of new medical treatments and possibly new patient imaging modalities, but they represent a new ex-vivo research model for thousands of scientists globally working on microvascular dysfunction in the heart and other organs."

Professor Jeremy Pearson, Associate Medical Director at the British Heart Foundation, added: "This study is the first to develop techniques to understand the links between the structure of micro-arteries and impaired myogenic tone, representing the outcome of years of painstaking work to develop the methods and apply them to micro-arteries from human hearts. The findings provide new information that will help to develop treatments for the many patients whose angina occurs without significant narrowing of their coronary arteries."

There is now a new area of research that confirms thousands of patients, mostly postmenopausal women, have angina-like symptoms despite their coronary angiogram showing no obvious blockages of the large epicardial arteries in the heart that are usually treated with stent or bypass.Other patients seem to develop heart failure associated with either the contraction or the relaxation of their heart for no obvious reasons.

The human coronary micro-arteries the Bristol and Oxford team has studied in the laboratory represent the microvascular area in human organs (lung, heart, brain, and elsewhere) where COVID-19 has caused most of the problems during the ongoing pandemic.