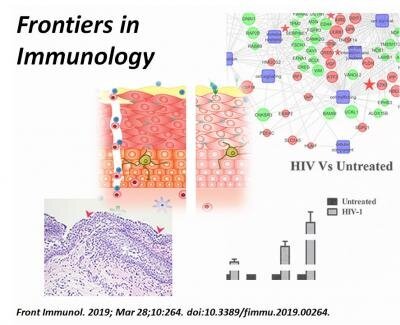 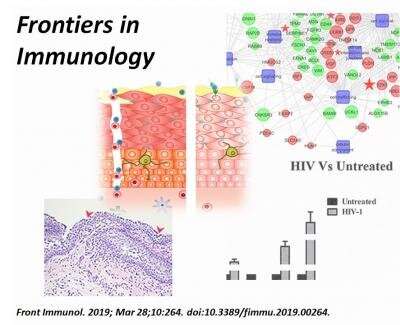 A vaginal microbicide that could prevent sexual transmission of HIV-1 in women has tremendous potential for saving lives and helping staunch an epidemic. But the delicate milieu of microbes that naturally colonize the vagina and maintain a healthy mucosal barrier have made the search for such a microbicide challenging, thwarting clinical trials of the most promising candidates.

Investigators at Brigham and Women’s Hospital led by Raina Fichorova, MD, Ph.D., in collaboration with an international team, tested a laboratory-made version of a naturally occurring protein (recombinant fragment of human Surfactant Protein D or rfhSP-D) on bioengineered vaginal tissues, immune cells and microbes to determine if the drug candidate could help prevent HIV transmission safely. In a paper published in Frontiers in Immunology, the team reports on the technique’s success in preclinical testing, establishing it as a promising anti-HIV-1 vaginal microbicide.

“To find a new drug that can most effectively help the immune system without causing adverse effects is a formidable task that requires both fundamental understanding of the mucosal ecosystem and biotechnological knowhow,” said Raina Fichorova, MD, Ph.D., director of the Brigham’s Laboratory of Genital Tract Biology. “Our team was able to combine expertise in both of these areas to carry out this work and build a strong case for clinical trials of rfhSP-D as a topical anti-HIV microbicide.”

The team designed a model of sexual transmission of HIV through bioengineered, multi-layered vaginal tissue toward the underlying white blood cells. Two major events generally lead to HIV infiltration and transmission: inflammation and the breach of the mucosal barrier. The research team reports, for the first time, a genetic signature that is tied to this breach. The activity of genes involved in inflammation and the tightness of the barrier were altered in the presence of the virus, helping promote infection.

Fichorova and colleagues found that the drug candidate rfhSP-D not only prevented HIV transmission, but also reversed the genetic signature of vaginal tissue in the virus’ presence. The molecule helped maintain vaginal tissue integrity and suppressed a pro-inflammatory response, preventing the virus from getting a foothold. In addition, multiple preclinical tests showed that the molecule could safely be applied without altering naturally occurring bacteria such as lactobacilli or disrupting vaginal mucosa.