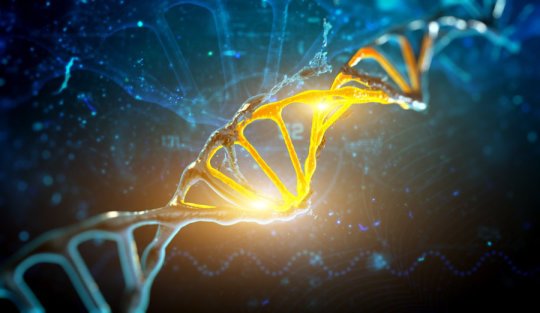 When it comes to regeneration, some animals are capable of amazing feats — if you cut the leg off a salamander, it will grow back. When threatened, some geckos drop their tails as a distraction, and regrow them later.

Other animals take the process even further. Planarian worms, jellyfish, and sea anemones can actually regenerate their entire bodies after being cut in half.

Led by Assistant Professor of Organismic and Evolutionary Biology Mansi Srivastava, a team of researchers is shedding new light on how animals pull off the feat, and uncovered a number of DNA switches that appear to control genes for whole-body regeneration. The study is described in a March 15 paper in Science.

Using three-banded panther worms to test the process, Srivastava and Andrew Gehrke, a post-doctoral fellow working in her lab, found that a section of non-coding DNA controls the activation of a “master control gene” called early growth response, or EGR. Once active, EGR controls a number of other processes by switching other genes on or off.

“What we found is that this one master gene comes on…and that’s activating genes that are turning on during regeneration,” Gehrke said. “Basically, what’s going on is the non-coding regions are telling the coding regions to turn on or off, so a good way to think of it is as though they are switches.”

For that process to work, Gehrke said, the DNA in the worms’ cells, which is normally tightly folded and compacted, has to change, making new areas available for activation.

“A lot of those very tightly packed portions of the genome actually physically become more open, because there are regulatory switches in there that have to turn genes on or off,” he said. “So one of the big findings in this paper is that the genome is very dynamic and really changes during regeneration as different parts are opening and closing.”

But before Gehrke and Srivastava could understand the dynamic nature of the worm’s genome, they had to assemble its sequence — no simple feat in itself.

“That’s a big part of this paper — we’re releasing the genome of this species, which is important because it’s the first from this phylum,” Srivastava said. “Until now there had been no full genome sequence available.”

And it’s also noteworthy, she said, because the three banded panther worm represents a new model system for studying regeneration.

“Previous work on other species helped us learn many things about regeneration,” she said. “But there are some reasons to work with these new worms, one of which is that they’re in an important phylogenetic position, so the way they’re related to other animals…allows us to make statements about evolution.

“The other reason is they’re really great lab rats,” she continued. “I collected them in the field in Bermuda a number of years ago during my post-doc, and since we’ve brought them into the lab they’re amenable to a lot more tools than some other systems.”

And while those tools can demonstrate the dynamic nature of the genome during regeneration — Gehrke was able to identify as many as 18,000 regions that change — what’s important she said is how much meaning he was able to derive from studying them.

The results, she said, show that EGR acts like a power switch for regeneration — once it is turned on, other processes can take place, but without it, nothing happens.

“We were able to decrease the activity of this gene and we found that if you don’t have Egr, nothing happens,” Srivastava said. “The animals just can’t regenerate. All those downstream genes won’t turn on, so the other switches don’t work, and the whole house goes dark, basically.”

While the study reveals new information about how the process works in worms, it also may help explain why it doesn’t work in humans.

“It turns out that Egr, the master gene, and the other genes that are being turned on and off downstream are present in other species, including humans,” Gehrke said.

“The reason we called this gene in the worms Egr is because when you look at its sequence, it’s similar to a gene that’s already been studied in humans and other animals,” Srivastava said. “If you have human cells in a dish and stress them, whether it’s mechanically or you put toxins on them, they’ll express Egr right away.

“But the question is: If humans can turn on Egr, and not only turn it on, but do it when our cells are injured, why can’t we regenerate?” Srivastava said. “The answer may be that if EGR is the power switch, we think the wiring is different. What EGR is talking to in human cells may be different than what it is talking to in the three-banded panther worm, and what Andrew has done with this study is come up with a way to get at this wiring. So we want to figure out what those connections are, and then apply that to other animals, including vertebrates that can only do more limited regeneration.”

Going forward, Srivastava and Gehrke said, they hope to investigate whether the genetic switches activated during regeneration are the same as those used during development and to continue working to better understand the dynamic nature of the genome.

“Now that we know what the switches are for regeneration, we are looking at the switches involved in development, and whether they are the same,” Srivastava said. “Do you just do development over again, or is a different process involved?”

The team is also working on understanding the precise ways that EGR and other genes activate the regeneration process, both for three-banded panther worms, and for other species as well.

In the end, Srivastava and Gehrke said, the study highlights the value not only in understanding the genome, but understanding all of the genome — the non-coding as well as the coding portions.

“Only about two percent of the genome makes things like proteins,” Gehrke said. “We wanted to know: What is the other 98 percent of the genome doing during whole-body regeneration? People have known for some time that many DNA changes that cause disease are in non-coding regions…but it has been underappreciated for a process like whole-body regeneration.

“I think we’ve only just scratched the surface,” he continued. “We’ve looked at some of these switches, but there’s a whole other aspect of how the genome is interacting on a larger scale, not just how pieces open and close, and all of that is important for turning genes on and off, so I think there are multiple layers of this regulatory nature.”

“It’s a very natural question to look at the natural world and think, if a gecko can do this why can’t I,” Srivastava said. “There are many species that can regenerate, and others that can’t, but it turns out if you compare genomes across all animals, most of the genes that we have are also in the three banded panther worm…so we think that some of these answers are probably not going to come from whether or not certain genes are present, but from how they are wired or networked together, and that answer can only come from the noncoding portion of the genome.”