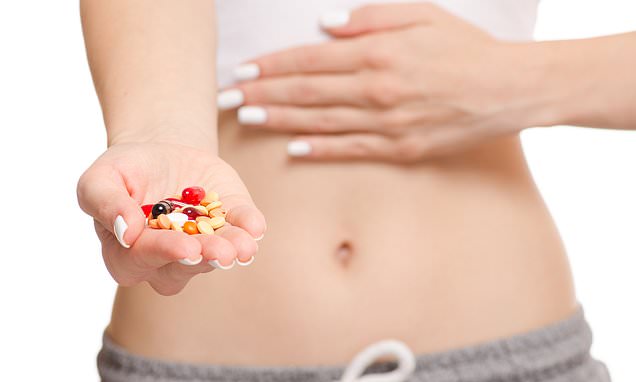 A food supplement made from friendly bacteria found in the gut could reduce the risk of heart disease in half of the population, scientists claim.

Obese people given the supplement as part of a trial had lower levels of cholesterol and lost weight – two known drivers of heart disease.

They also had improved insulin control, which the scientists said could slash their risk of type 2 diabetes.

The team says the supplement has huge potential in the Western world, where half of people are at risk of poor heart health because they are overweight.

The findings from Université catholique de Louvain in Belgium also add to a swathe of studies showing the role gut bacteria plays in the prevention of diseases. 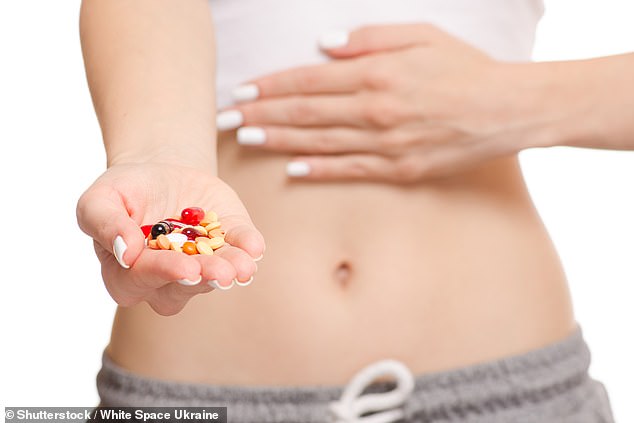 A food supplement made from friendly bacteria found in the gut could reduce the risk of heart disease half of the population, scientists in Belgium claim

All of the 32 participants were either overweight or obese and were showing symptoms of metabolic syndrome.

This is the term for a group of conditions that can increase the risk of heart disease, stroke and type 2 diabetes.

It was the first study investigating the potential of the human gut bacterium Akkermansia muciniphila by comparing it with a placebo.

Scientists have known for a long time that obese people or those who have type 2 diabetes have less Akkermansia muciniphila in their gut.

After participants took a dose of the bacteria for three months, several risk factors for heart disease had improved.

Cholesterol levels dropped by around nine per cent compared with placebo doses, according to the findings published in the journal Nature Medicine.

Insulin sensitivity – which determines how well the body uses sugar – improved by nearly 30 per cent, slowing the progression of pre-diabetes.

Liver inflammation, which can lead to liver failure, was also reduced, according to the researchers led by Clara Depommier.

Even better, participants saw a slight decrease in the body weight of 5lbs (2.3kg) on average – without changing their diet or exercising.

The trial on humans confirmed results which had already been observed by the researches in mice studies.

Simon Cork, a research fellow at King’s College London who was not involved in the research, said: ‘Gut bacteria are now believed to play a role in various normal and disease functions, from body weight, to depression and Parkinson’s disease.

‘This study is interesting, as it narrows down the role gut bacteria play to an individual species, although the study is small and so repeating this in a larger cohort will be required before any major conclusions can be drawn.’

One in three people die every day from cardiovascular disease (CVDs) worldwide, and 17.9million each year, according to the World Health Organization.

There are around 7.4million people living with heart and circulatory diseases in the UK, according to the British Heart Foundation.

WHAT IS CARDIOVASCULAR DISEASE?

Cardiovascular disease (CVD) is a general term for conditions affecting the heart or blood vessels.

It’s usually associated with a build-up of fatty deposits inside the arteries, known as atherosclerosis.

It can also be associated with damage to arteries in organs such as the brain, heart, kidneys and eyes.

CVD is one of the main causes of death and disability in the UK, and the cause of 31 per cent of deaths globally, statistics show.

There are many different types of CVD, but the four main types are coronary heart disease, stroke, peripheral arterial disease and aortic diseases.

Four out of five CVD deaths are due to heart attacks and strokes, according to WHO.

More than 75 per cent of CVD deaths occur in low-income and middle-income countries.

The exact cause of CVD isn’t clear, but there are many risk factors. The main ones are high blood pressure, high cholesterol, smoking, too much alcohol, diabetes, inactivity and obesity.

The more risk factors you have, the more likely you are to get CVD. The risk also increases with age – it is the most common in those over 50 – if you are a man, or if you are from a south Asian, African or Caribbean background.

It’s recommended to have a balanced diet, with the addition of regular exercise, to ensure a healthy heart, including enough fruit and vegetables and low levels of salt, sugar and fat.